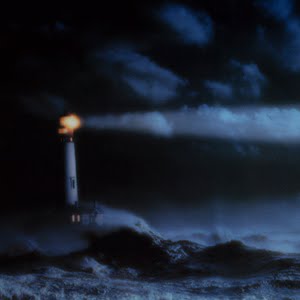 Minnesota native and professor of philosophy at the University of Hawaii at Mānoa, John Maus offers listeners decomposed New Romanticism – an updated version of OMD, Spandeau Ballet, Visage, and ABC that has been distorted to fit our weird times.

‘Believer’, the closing track on his forthcoming new album, We Must Become the Pitiless Censors of Ourselves, is a layered force of stripped down instrumentation, driving bass, and psychedelic imagery that increasingly builds alongside baritone, reverberating vocals. The lyrics expressed by Maus are hopeful and full of optimism, yet there seems to be a dark shadow lurking behind his sanguinity.

While watching the accompanying video for the song, the first thing that came to mind was its resemblance to the album artwork for Boards of Canada’s Music Has the Right to Children, released almost exactly 13 years ago. Juxtaposing monochromatic photography with swirls of psychedelic effects, it exemplifies our never-ending fascination with blurry, bittersweet nostalgia, and the unfamiliar might even dismiss Maus as yet another lo-fi pop artist dabbling in deconstructing and reconstructing ’80s synth-pop, reconfiguring extinct technology to offer some kind of existential message about the evanescence of culture (you know the sort). But in the increasingly cluttered world of lo-fi pop, Maus possesses far more depth, development, and profundity to offer than most.