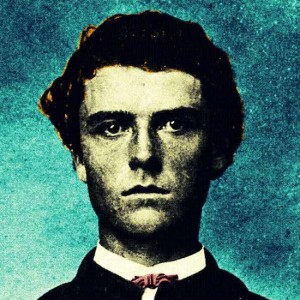 As the saying goes, you have your whole life to write your first album, then a year or so to follow it up. Which goes some way to explaining why Goblin, Tyler the Creator’s second album and his first for XL, sounds like such a limp, bloated version of Bastard, his landmark 2010 debut.

And despite his don’t-give-a-fuck persona, Tyler seems to be affected by the pressure. He’s defensive from the off, asking “Bastard intro, how the fuck I’m gonna top that?” and “can’t they just be happy for me?” on Goblin’s first track, and on its last, ‘Golden’, he’s basically crying. Where as Bastard was such a natural record, with a narrative that unfolded without seeming contrived, and tracks like ‘Inglorious’ where Tyler’s human side could emerge through the fire and brimstone without it seeming like a token gesture, Goblin screams of a lack of fresh ideas.

Tyler spends plenty of Goblin bitching about people calling him horrorcore. Well guess what, when you have tracks like ‘Radicals’, where the chorus is “kill people, burn shit, fuck school”, and ‘Fish’, which takes the already cliché fisherman/murderer theme and takes it to levels so stupid that I Know What You Did Last Summer seems like The Shining by comparison, then people are going to associate you with people like Necro and Cage. People have been offended by Goblin’s content, and they have every right to, but tracks like ‘Bitch Suck Dick’ are more stupid than they are upsetting. The most offensive thing about them is how frat boy-accessible they are – is this what Tyler wanted when he talked about starting a cult?

Don’t get me wrong here: I’m a Tyler fan. Bastard was a phenomenal record, and he’s too talented for Goblin to be all bad. When Tyler’s conversations with his pitched-down psychiatrist work (such as the “so you were telling me you went to New York” before ‘Yonkers’ drops, and “The Devil doesn’t wear Prada, I’m clearly in a fucking white tee”), they’re as memorable as they were on Bastard, and although ‘She’, ‘Tron Cat’ and ‘Nightmare’ are already familiar ground for Tyler, they’re fine additions to his body of work. But then you have a track like ‘Her’, which is the lamest kind of sub-Atmosphere emo-rap, and you wonder what the point of Tyler following Bastard up so quickly was when he had so little to add.