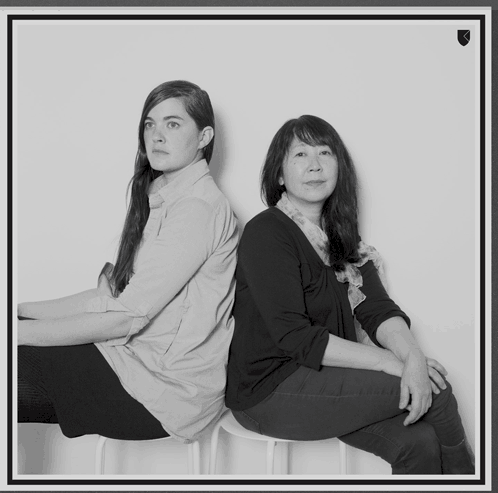 The latest instalment in RVNG INtl.’s FRKWYS series is a collaboration between Julianna Barwick and Ikue Mori.

Barwick is already responsible for one of our favourite albums of 2011, The Magic Place; constructed almost entirely from her own looped and reverbed vocals, it’s a work as technically impressive as it is deeply affecting (Londoners can catch her performing live in support of Emeralds at Village Underground this Saturday – more info here). Mori was a member of seminal no wave band DNA and in the intervening years has distinguished herself in the field of drum machine and software improvisation.

FRKWYS Vol.6 consists of four pieces composed and performed by Barwick and Mori as part of a month-long installation at New York’s White Columns gallery curated by RVNG Intl. We’ll let the table tell you more:

“For the installation, a particle-board cubicle was custom constructed and placed at the center of the [White Columns] Project Space. The cubicle wall separated Julianna and Ikue to their respective seated work stations, while web cams captured the musicians at work / play and became interactive projections manipulated by video artist Erik Mika, illuminating this exercise in simulated engagement.

“Each of Julianna and Ikue’s improvised performances on October 29th, 2010, were cut live to vinyl via portable lathe. On the album’s June 14th release date, the set of four unique lathe cuts and an elaborate art book will be made available for offers on igetrvng.com. The book features creative direction by Will Work For Good and photographs from the two events by Aubrey Mayer and Jody Rogac.

FRKWYS Vol.6 will be released on June 14 by RVNG Intl. in partnership with The Sound of White Columns, and is available as a limited edition 12″ packaged in thick black jacket with two-colour adhesive rap (50 FRKWYS subscribers will receive their copies in leatherette jackets). Include with all LPs is a 24-page ‘zine featuring photography by Mayer and Rogac. A digital release will follow a week later.