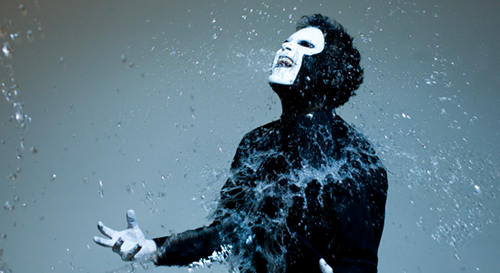 Remember Drums of Death? Well, he’s back, with a new single on a new label.

The death metal adoring masked villain of UK club music initially made a name on the strength of his raucous live shows and early singles for Greco-Roman, before releasing his debut album, Generation Hexed, last year.