The Houston Press report that the hip-hop store, founded by DJ Screw in 1998 to sell his seminal brand of “chopped and screwed” mixtapes, has been facing eviction for some time. The store’s landlord, Mr. Pondexter, apparently wants the space back to expand his dental business.

According to Big Bub, one of the store’s caretakers, Screwed Up’s owners have offered Pondexter $100,000 for the property, but have been denied. Both parties have already “slugged it out” in court, where an eviction judge ruled that Pondexter has the right to reclaim his property. Screwed Up Records & Tapes have filed an appeal. “Everyone’s heartbroken about it”, says Big Bub, “but we’re still trying to stay positive”.

DJ Screw, the store’s founder, died of a codeiene overdose in 2000. 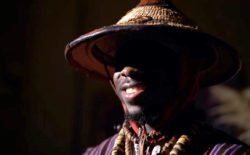