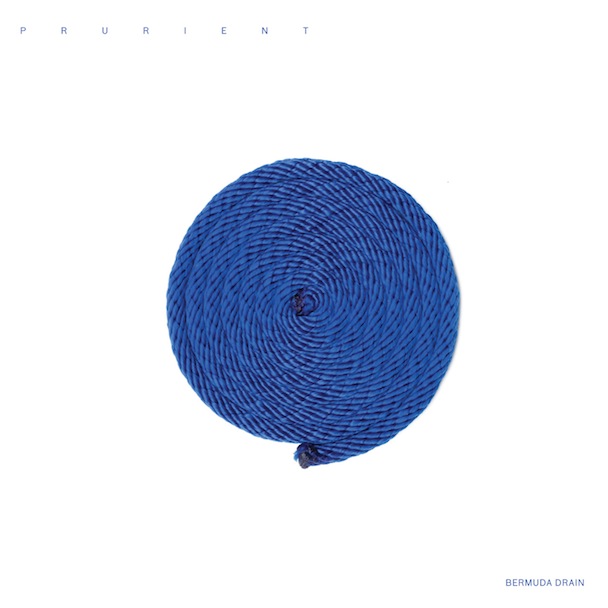 Ah yes, indeed. Welcome to the world of Dominic Fernow, aka Prurient. Fernow has been ploughing his own peculiar furrow of noise for well over a decade now under a variety of pseudonyms for an even wider variety of labels and across a range of collaborative projects. Regardless of the mutating nature of this work, ‘pure’ noise has always been his foundation… until recently. Two deviations might provide a clue to the relatively shocking stylistic change evidenced in Bermuda Drain, the new album from this long-standing and influential project, first as the now permanent synth player in electronic nihilists Cold Cave and on a more underground level with his minimal electronics project Vatican Shadow.

In a recent FACT interview Fernow explained how he had run out of things to listen to and being stimulated through extensive European touring with Cold Cave had pushed him into rethinking his love of industrial music alongside recent electronic discoveries like Demdike Stare, Traversable Wormhole and the Sandwell District label.

Frustration with others’ (mistaken he claims) assumptions about the influence of Black Metal on the Prurient sound (something he actively pursues in Ash Pool) and finding himself in a kind of meditative ‘fucking prison’ through the disconnection of constant movement inspired him to pursue a contemporary electronic industrial sound as a radical departure from his former sound, on Bermuda Drain.

So what does it actually sound like then? The quoted lyrics above belong to ‘Palm Tree Corpse and while linguistically this wouldn’t seem to be a giant thematic leap from previous work, sonically it’s more than half a world away. For a start you can actually hear the lyrics with Fernow’s slow, audibly restrained, spoken voice presented free of distortion and effects, entirely clear, open (and honest?). The calmness is actually quite weird given the psychotic nature of the content, and it’s almost a relief, when third time around, our man has erupted into a more expected enraged convulsive scream.

The music is on a different plane altogether. While there can be no doubting the aforementioned influences and impact of earlier ‘classic’ electronica of artists like Aphex Twin, FUSE and Plastikman, Bermuda Drain doesn’t actually really sound like any of the above. Keeping with ‘Palm Tree Corpse’, the song starts with thick 80s synths carefully picking out an eerie melody as the spoken vocal kicks in. This is all taking place in a cavernous space though, a kind of invisible wall of noise, present through its noticeable absence. Even more surprising then is an exploratory counter-melody and sparkling occasional chimes. A submerged soft grinding beat emerges from the distance only to disappear quickly before the poignant melody is foregrounded allowing Fernow to finally lose it vocally. At this point layers of reverberating spacious noise kick in a repetitious coda coming to a sudden and abrupt end.

Opener ‘Many Jewels Surround the Crown’ explodes with a hardly-unexpected scream and lightning flash of crystallised electronic noise. The first curve-ball follows immediately as the noise dissolves to reveal a slow encroachment of arpeggiated keys while Fernow intones an encounter in a Gibsonesque world gone to bad sex:  “Purple and blue lights/ split into icicles/ we will freeze tonight/ only we make eye contact/ 100 euros/ 15 minutes/ many jewels surround the crown” suddenly making sense of the title.  ‘A Meal Can Be Made’ starts with another scream but ups the pace with spasmoid electro beats racing across its remarkably clean surface. An instrumental breakdown at the end brings a keyboard melody that could easily sit on an early Depeche Mode record. The title track finds vague spoken words (don’t let time watch me/ everything you eat you take) floating above trancey ambient drones and a spiralling emerging and vanishing drum machine. Closer ‘Sugar Cane Chapel’ is simply gargantuan with factory-sized industrial keyboard smears charting a strange journey: “along the limestone path/ to the sugar cane chapel / radially symmetric /victory flowers are small and light/ toads sit with fear” before moving in to a repetition of “peace is coming/ peace is coming.”

Something that is remarkable about the sound and the truly odd musical narrative that Fernow has explored over the years is how incredibly clean everything sounds. In their prime The Young Gods always achieved an incredible sheen with the metal they sampled, removing the sweat and the grime, making epic, mechanising and redeploying guitar textures for the future. Prurient achieves the same effect here with keyboard and synth lines and even distortion, rendering everything sleek and smooth and adding to the overall futurist feel. For an album so lyrically mired in fucking and fucked-up and corrosive physical narratives these are peculiarly epic and (almost) shiny songs.

So the emotional and sonic territory that Bermuda Drain stakes out is like a cyber-gothic Escape from New York starring Harvey Keitel’s Bad Lieutenant. John Carpenter and Alan Howarth’s compelling and exploratory synth lines are all over this thing and coupled with Fernow’s usually extremist predilections and new found willingness to share his lyrics what you end up with is an album that is as thrilling as it is sometimes ridiculous. Noise (maybe obviously) always elicits such serious responses but it’s a misinterpretation to not hear the humour here despite the asserted thematic of negativity. The overload of speed, beats and barked severity can’t help but elicit a grin when married to super-strong melodies and long-way-from-unlistenable textures. Of course it IS Prurient so it’s hardly N-Dubz or The Saturdays or something but it does have a staggeringly wider commercial reach than anything Fernow has done by himself before and none of this is a bad thing. And clocking in at 35 minutes shows a remarkable level of self-awareness. Prurient dives in, hits you fast, gets maximum impact and then gets out again.

Bermuda Drain then is a great album. It is visceral, creepy, worrying, funny, loud, morbid, manic, imaginative, funky and a little silly. It’s a sci-fi cyber-noise pantomime directed by Fassbinder. It’s also one of the most enjoyable albums you’ll hear all year and who the hell would have expected to be saying that about a Prurient album? Not me for sure. 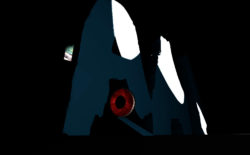