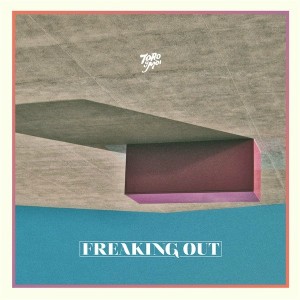 Chaz Bundick has been on something of a winning streak this year. His second album as Toro y Moi, Underneath The Pine ditched the sample-heavy sound of his first LP in favour of live instrumentation and more tangible songs of late 70’s funk and boogie, and now a mere eight months on the South Carolina musician has birthed an EP of fresh material, retaining the newfound confidence in his song writing abilities while dabbling with a fresh palette of sounds that owes more to Prince than Parliament.

‘All Alone’ epitomises everything that’s great about Bundick’s new direction: its sleazy synths, plastic bass and infectious vocal hooks ensuring rejection has rarely sounded so sexy. ‘Freaking Out’ captures the fidgety funk of The Dazz Band so perfectly it deserves its own illuminated dancefloor, while ‘Sweet’ and ‘I Can Get Love’ are odes to Bundick’s love affair with filters, using them to twist and warp the shuffling beats, synths and vocal snippets into the kind of tracks Daft Punk might have made if they’d taken their Discovery-era penchant for Todd Edwards-style US garage and 80’s synth-pop to its logical extreme.

This is the sound of Toro Y Moi celebrating his influences rather than trying to disguise them: an attitude epitomised in the enjoyable if rather unadventurous cover of Alexander O’Neal and Cherelle’s ‘Saturday Love’, which stays loyal to the original while bolting on a new jack swing beat to propulsive effect. One of Bundick’s greatest assets is his voice, which has matured from the at-times indiscernible murmurs of Causers Of This into a rich and soulful falsetto, and here he wields it expertly to imbue the rather inane lyrics with a much-needed sense of desperatio

Freaking Out is proof that Bundick’s past musical decisions have been anything but accidental, as he welds his early love for synthesizer manipulation onto the more accessible grooves of his last album to create some of his fullest, most complete-sounding songs to date. The result is pop music in its purest form: songs that yearn for, and deserve, a far wider audience.