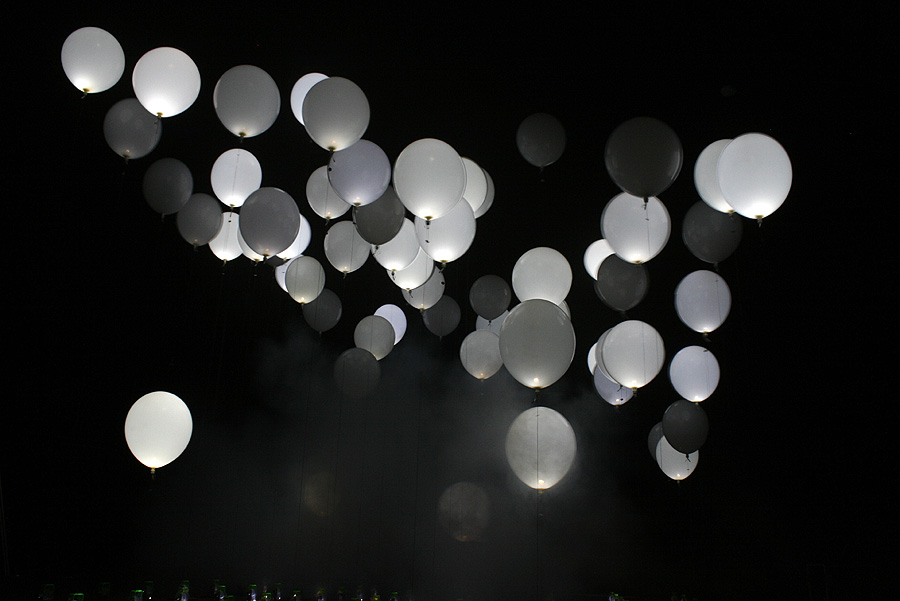 Monolake is set to release a new album in February 2012, entitled Ghosts.

Essentially the solo project of Robert Henke, though there have been significant past contributions from Gerhard Behles and Torsten ‘T++’ Profrock, Monolake’s questing, rigorously scientific approach to the elaboration and deconstruction of techno and jungle rhythm structures has already resulted in some classic LPs, not least Hongkong (1997),  Interstate (1999) and Polygon_Cities (2005). Meanwhile Henke maintains an impressive career as a sound/installation artist; the picture above is of the continuously evolving audio-visual performance work Atom, created with Christoph Bauder. We haven’t got time here to go into his many glittering achievements as a software developer, mastering engineer and much else besides.

Henke describes the new album as a “work in progress”, and gives no indication of what to expect, meaning we can only speculate as to whether it will occupy the same pensive, reflective territory as his last full-length, Silence (2009). Its title suggests that it’s likely to be a more unsettled and unsettling affair, as does the mysterious text the artist has posted to accompany the listing on his website:

How I hate those dirty little flies. I cannot sleep, it is too hot, no wind, just motionless humid air. Five weeks with no change and the gods are laughing at us. Every part of my body hurts, and I cannot think straight anymore. Last friday the solar panel cracked in the middle of the night, I have no idea why and I almost don’t care anymore, they will not find anything here anyway.

They set up all this equipment and the results so far? The strange noises during the nights got louder and louder. Some kind of monotonous moans that seem to come from nowhere. The scientists run around and pretend that they know what goes on but they have no clue. And they are frightened, I can see it. How they look around, how they stop chatting when they get closer. How they avoid talking with me about their work: Ah yeah, we make some progress, it takes time to initialize the system, we have some preliminary data but things need to be calibrated first…
The fact that Jonathan died in the cave whilst connecting the data lines does not help much to improve the situation. He was not afraid. I am also not afraid. I am just here to write things down. They tell me what they say is important for the world and I write it down. I had more demanding jobs. Apart from the flies.

I found a lovely spot on the hill near the east gate, my private little escape from the madness. I watch the birds, listen to the occasional rolls of distant thunder, and enjoy the saturated colors of the forest.

The poison of the yellow-red frog acts fast and efficient. When Jonathan realized something went seriously wrong it was already too late. He tried to estimate if he could make it out in time, but his vision got already blurry. He thought of leaving a note to prevent the crew from coming down and making the same mistake, but before he could think any further his heart stopped beating. When his body touched the surface of the dark lake he was already dead.

Hi Sharif, please get in touch with me as soon as you can. Things got a bit out of hand here and I need to talk. Don’t use the mobile phone, simply come by and tell the guard you’re bringing in replacement parts for the solar panel. Don’t come after sunset and don’t take the northern entrance. You know where to find me.

Intrigued? If you’ve read this far then of course you are. The album will be released on CD, digital download and double-vinyl via Henke’s own Imbalance Computer Music label. Cover art and tracklist below. 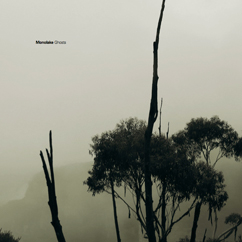