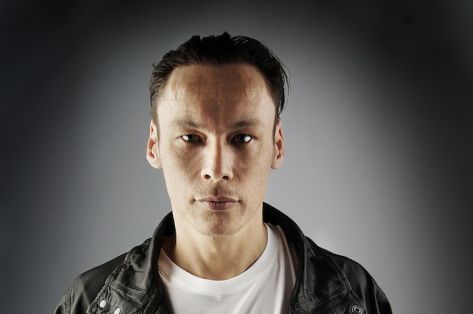 The Messenger is the new album by Planetary Assault Systems, alter ego of one of techno’s most consistent and respected practitioners, Luke Slater.

Ever since the release of debut PAS album The Electric Funk Machine in 1994, the project has been about reconciling club and home listening; to create deep, pulverising techno that has a strong enough variety, narrative thrust and thematic unity that it can be appreciated in any context. Slater knows how to terrorize a dancefloor, to be sure, but he’s also a master of ambient glide – as anyone who’s heard his classic recordings as The 7th Plain will vigorously attest. Both these sides of his musical personality come to the fore on The Messenger.

For the past few years Slater’s main outlet has been Ostgut Ton, and it’s they who bring us The Messenger on October 24. You can stream the whole album via the Soundcloud player below, and then below that you can read  a short Q&A with Slater about the past, present and future of Planetary Assault Systems. 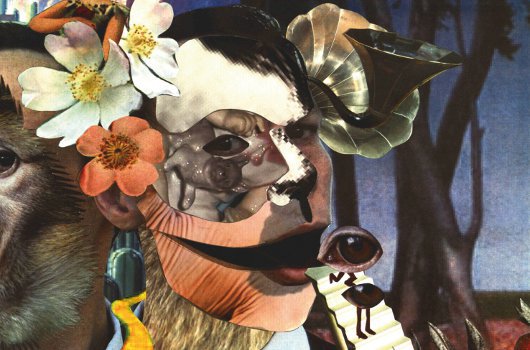 What’s the unifying quality of, or thread running through, all PAS releases? What connects, say, The Electric Funk Machine with The Messenger?

“I always like to think PAS has its own life, its own direction with a mind of its own that gets me off the hook. I can depersonalise this from me and let it run it’s own course and that’s a very freeing experience, just as it was in 1994. I would stack albums like The EFM and The Drone Sector right behind The Messenger, which for me is the next logical PAS album in the series. They are all like movies to me, part of the connection.”

How would you say Planetary Assault Systems has developed over the years? Do you feel you’ve added to the project or stripped things away in order to arrive at the point you’re at?

“PAS has always been influenced by my DJing and the clubs: that life, that vibe, that energy but also with more of a personal need to inject something original and personal from all my music and life influences. For PAS tracks to pass the grade I either would want to play them out myself at gigs or listen to them outside that environment. I’d want to find them interesting to listen to or would like to see people dancing to them. A tricky balance, I guess, that sometimes can be at cross-purposes, resulting in magic and failure along the way….

“Music-wise on The Messenger I carried on much in the same way in 2011 as I approached things before, but with different technology and by being aware that development of a theme is paramount.”

If you’re The Messenger, what’s The Message? What were you aiming to achieve and evoke with this record?

“I love to inject art into techno, going avant-garde obscure in places, too right, because when it comes down to it, that’s what I find interesting. Especially if it can be achieved without getting pretentious and nonsensical and sticking to the roots of the whole idea and what you do in the real world. PAS is really just an observer gatherer, then passing it on in a different form. Rather than paint it or write words, I stick it in the music. Music is my art hence the record feels honest and real to me and I hope others feel that too.

“The album cover art was made by Viron Vert in Berlin, a true working artist and he’s been illustrating the art of my previous PAS and L.B. Dub Corp releases on Ostgut Ton as well, all quite amazing.”

Why has PAS taken precedence – if indeed you agree that it has – over work under your own name in recent years?

“Developing the live shows have become pretty much the main drive for me. I made a definite choice to move Planetary over to the live side because previously it was just impossible to do live what I did to write Planetary in the studio. Back in the 90s that would have involved a lot of gear; I think I calculated around 12 mixing desks at one point! One for each track to reproduce the PAS sound, as a desk used to be a part of the sound. That isn’t the situation now so PAS works well this way live. It feels right to do this right now and that’s just all part of my fundamental wave.”

What next for Planetary Assault Systems?

“At the moment whats pushing me on is playing live. That really brings it all together for me. It feels like the sound and the tour we did around Temporary Suspension ended up running into his one so things are full on preparing The Messenger’s live show and developing the new visuals at the moment, and looking forward to sharing some Planetary Assault with you all!”