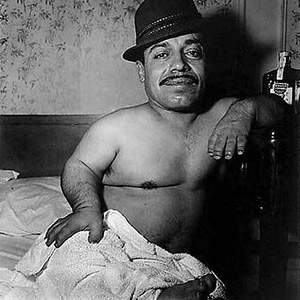 Since last year’s shining of a spotlight on juke and footwork – a localised section of Chicago dance music that’s as focussed on footwork battles (effectively dance-offs, either between individuals or crews) as it is the tracks that soundtrack them – artists from outside Chicago have been quick to jump on the genre and adapt it; a trend notably seen in Addison Groove’s ‘Footcrab’, Zomby and Phillip D. Kick’s jungle / footwork hybrids and recent albums by Machinedrum, Kuedo and Sully. On Cashmere Sheets, however, Patrice & Friends – a new project by Liverpudlian grime and house producer Slackk, alongside others choosing to remain anonymous – twist juke’s 160bpm template in a new way, using it as a springboard for tender ballads and ’80s coke funk, complete with lavish amounts of vocoder and a midget pimp as the group’s avatar.

Footwork is often first associated with its drums (usually rapid-fire 808 samples) and vocal repetition (usually hip-hop or pop samples chopped down to the individual syllables), but Cashmere Sheets often turns these expectations on their head. On tracks like ‘Waitress’ and ‘Stilettos’ the drums are washed with layers of reverb, resulting in a gentle, rocking flow that’s the total opposite of a lot of footwork – which has a tendency to feel like its snares are repeatedly punching you in the face. As for the vocals, ‘Gasp’ is one of the only tracks on this album that loops them in a way that’s obviously footwork-influenced; usually Cashmere Sheets takes whole lines, or even whole verses, from ’80s funk and r’n’b, recontextualising them but giving them enough room to breathe as – and retaining the same personality that they possessed in – the original songs.

Cashmere Sheets is sample-heavy, to say the least, and at times it’s hard to shake the feeling that most of its great melodies have been nicked from elsewhere. In a different context, some of these tracks would simply be called edits, but that hasn’t stopped people from going wild over Araabmuzik’s Electronic Dream, and it shouldn’t stop you falling in love with Cashmere Sheets: a sampler album that’s identified an untapped middle ground between juke and ’80s funk, and invaded it with an aesthetic so fueled by coke, champagne and sex that you might as well be watching the ending of Wild Things on fast-forward.