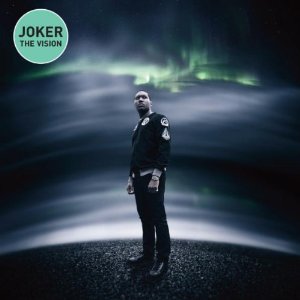 Four years ago, Bristol’s Joker cut a swathe of unexpected colour through the darkest corners of dubstep, with a series of undeniably classic singles.

It goes without saying, however, that since his emergence, the genre sometimes formerly known as dubstep has either evolved, regressed, or become something different entirely. It’s become a real musical hydra: unpredictable, growing in ubiquity, and with disparate factions united under an almost useless name. What made – and what should still make – Joker stand out in this milieu is evidenced by those early singles: colour, variety, exploration and a knack for larger than life melodies. His lumbering boom-clack drums may have been borne of 140bpm wobblers (something his DJ sets have always attested to him being a fan of), but between an obvious penchant for the distinctive squeal of G-funk and overheated basslines that roughly sounded like a SNES being set on fire, Joker imbued his tracks with such natural funk that they stood out from the very first note. Whilst honing his fizzing anthemics and rightfully amassing acclaim, fans and releases alike (alongside BMXs and an arsenal of synths), he’s also worked up a considerable amount of expectation for The Vision, his debut album and a long-awaited effort that unfortunately falls far short of being the classic that he could have made.

Joker’s more recent form has been divisive to say the least. The mechanized stomp of last year’s ‘Tron’ was met with mixed feelings: adored for its unforgiving bassweight, admonished for its lack of imagination. Then, when the Jessie Ware-toting ‘The Vision’ arrived as the LP’s first official single this year, that four-year roar of expectation was muted a little; it seemed that the success of Magnetic Man and some of Joker’s other peers had led his eyes chartwards, dulling his previously razor-sharp computer funk into more formulaic fare. And the reality, now that The Vision has arrived? If you want something challenging, or even exciting, look elsewhere.

It’s not as if suddenly Joker has forgotten how to produce. He still constructs elaborate analogue jigsaws, layers them with taut hooks, and crafts stadium-grade key riffs. So what’s wrong? Why doesn’t this album straddle chart aspirations and dancefloor prowess with a single stroke, as Joker has clearly always been able to? There’s no easy answer, but there’s an undeniable flatness and cheapness to The Vision. Much is made of Joker’s mastery with synth melodies, but compared to recent albums by Rustie and Kuedo, his album material seeems unremarkable. And although there are moments of brilliance speckled here – the seedy Sega funk of ‘The Magic Causeway’ and grime-leaning Bristol posse cut ‘Back in the Days’, for instance, both lend The Vision some much needed atmosphere and soul – the balance is tilted towards tracks like ‘Slaughterhouse’, which features sub-chart pop vocal offerings from Turboweekend’s Silas, and the purple-by-numbers ‘My Trance Girl’. Still, at least there’s the chance to hear ‘Tron’ for literally the millionth time.

The problem with The Vision‘s poppier numbers isn’t that they’re poppy. The problem is that they’re not exciting, they don’t inspire, and although they’ve got their sights set on something bigger than dubstep, they’re not meaty enough to make it; certainly not with these grade C vocal contributions and grating MCs. You’ve just heard it all before, and no matter how easy it is to get lost in The Vision‘s positive moments – and the twinkly arpeggios of ‘Milky Way’ should be proof to anybody that when Joker’s in the mood, he’s a superb producer – between these X Factor grade assaults and rehashings of a once fresh sound, it’s difficult to distinguish what Joker’s current vision even is.