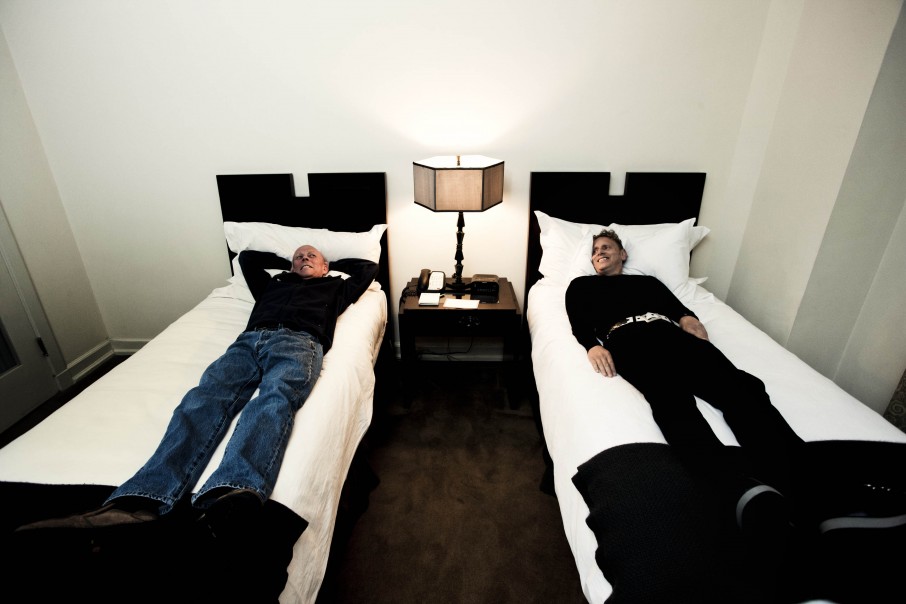 VCMG is a new collaboration from Depeche Mode founder members – and all-round electronic music visionaries – Vince Clarke and Martin Gore. The project is focussed on techno tracks, due to see release across a series of EPs and an album, all on Mute. The first, a 5-track affair entitled Spock, is due out on vinyl and digital on December 13.

Gore and Clarke met in 1980, forming a band with Andy Fletcher called Composition Of Sound; with the subsequent recruitment of singer Dave Gahan, that band became Depeche Mode. Clarke left Depeche in ’81, shortly after the release of debut album Speak And Spell (for which he wrote many of the songs, including ‘Just Can’t Get Enough’; he went on to enjoy great success with Yazoo and Erasure). After Clarke’s departure Gore became, and has remained ever since, principal songwriter for the ‘Mode – penning the likes of ‘Personal Jesus’ and ‘Enjoy The Silence’.

Of the formation of VCMG, Gore says: “Out of the blue I got an e-mail from Vince just saying, ‘I’m interested in making a techno album. Are you interested in collaborating?’ This was maybe a year ago. He said, ‘No pressure, no deadlines,’ so I said, ‘OK,’ and that’s what we’ve been doing the last six months.”

The album has already been recorded and is due out in early 2012. The Spock EP features five versions of the title track: the original and remixes by Regis, Edit Select, DVS1 and XOQ. It’s Regis‘s remix which we have for you to stream here today. The UK techno icon, Sandwell District operative and Downwards co-founder has used VCMG’s parts to fashion a stripped, tracky 4/4 killer which is aimed squarely at the wee small hours of the club, doffing its cap to the dionysian darkness of Violator-era Depeche along the way.