John Foxx & The Maths unveil new LP; remixed by Belbury Poly and others 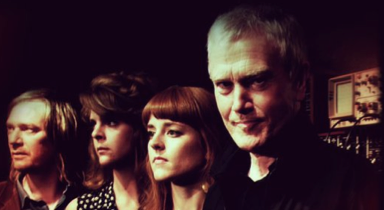 John Foxx & The Maths return with a new album, The Shape Of Things, on March 19th.

It sees dapper synth-pop progenitor Foxx reprising his fruitful creative partnership with synth collector and musician Ben ‘Benge‘ Edwards. The pair’s 2011 album, Interplay, garnered much acclaim, and led to a run of celebrated live shows all over the world, with Foxx and Benge joined by Hannah Peel (keyboards, violin) and Serfafina Steer (keyboards, bass).

The Shape Of Things, like Interplay, was recorded and mixed at Benge’s East London studio. And, as with Interplay, analogue synthesizers and drum machines account for the majority of the instrumentation, though this time around Foxx plays guitar in addition to singing. According to a press release, his lyrics on The Shape Of Things “explore feelings of loss over opportunities and lovers missed – possible futures that remain unlived.”

The album comes courtesy of Foxx’s own Metamatic Records, and will be launched with a live show at The Haunt in Brighton on February 24. A limited edition of The Shape Of Things, available to pre-order now, features a hardback book designed by Jonathan Barnbrook and a bonus disc of remixes by the likes of Ghost Box’s Belbury Poly, Xeno & Oaklander and Wrangler (featuring Stephen Mallinder of Cabaret Voltaire), and a brand track featuring Tara Busch. 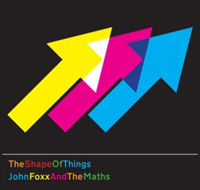