Nirvana’s In Utero reissue to include over 70 bonus tracks 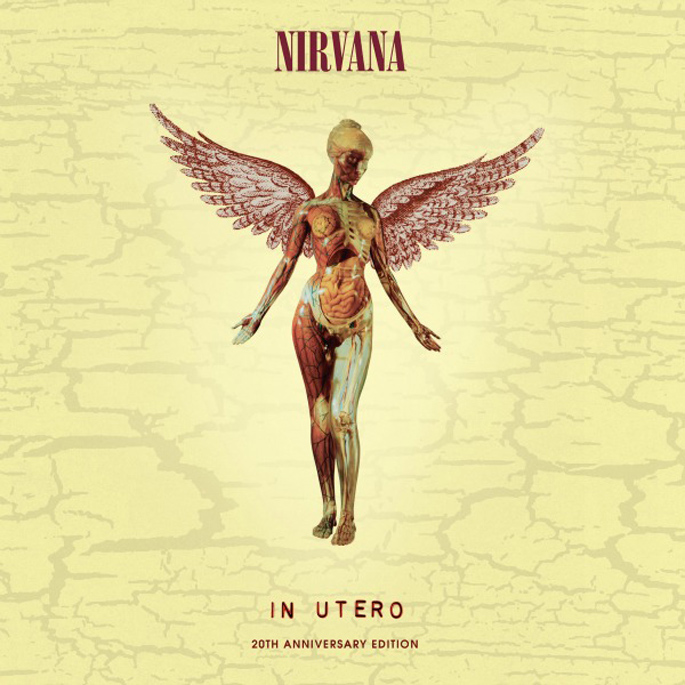 Although the reissue of Nirvana‘s crucial final album In Utero was revealed earlier this month, and was hardly a surprise then given Universal’s 2011 repackaging of Nevermind, some surprising new details have emerged about the mammoth 20th Anniversary Edition. A super deluxe edition of the album is poised for release on September 24, and will include over 70 bonus tracks, made up of live recordings, remasters, remixes, rare tracks and unreleased material.

The material has been described by the label as “a veritable treasure trove of never-before-heard demos, B-sides, compilation tracks,” and will be augmented by a full recording of the band’s legendary Live and Loud performance in Seattle back in 1993. All of these tracks will sit next to the original album, which many fans herald as the band’s most uncompromising offering – a gob of Steve Albini-produced saliva in the face of Nevermind‘s unexpected success.

This bumper grab-bag of fan bait will see the light of day on double CD and triple vinyl, and the band’s Live and Loud set will also be available on DVD. [via Consequence of Sound]