Nirvana’s In Utero to get 20th anniversary reissue 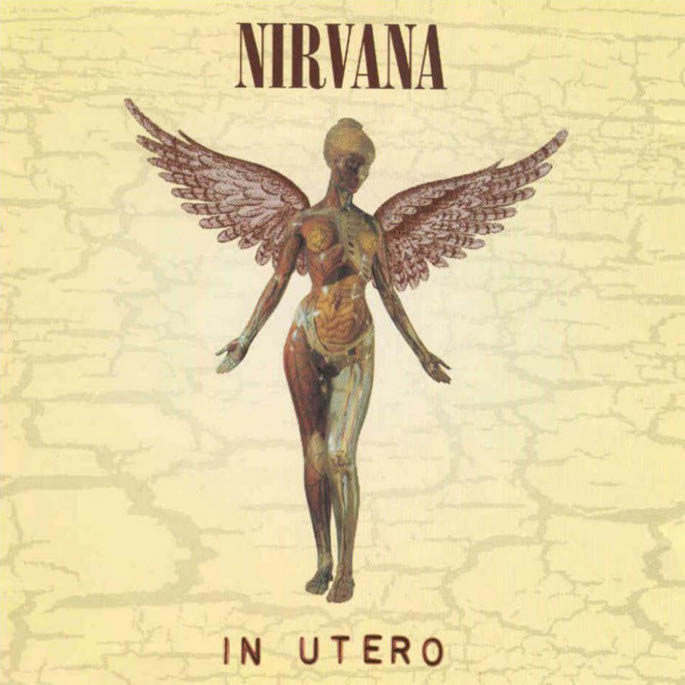 Nirvana’s abrasive follow-up to Nevermind will get the china anniversary treatment later this year.

In 2011, Universal put out a bumper 20th anniversary reissue of the Washington band’s grunge touchstone Nevermind. They certainly didn’t skimp on the trimmings: alongside more modest packages, the label offered a “Super Deluxe Edition” spread over four discs, featuring multiple versions of the album, stacks of bonus and live material, a DVD, and a 90-page book.

As Slicing Up Eyeballs report, the band will follow suit later this year with an In Utero reissue. Released in 1993, the album saw the band recruit Big Black/Rapeman agitator Steve Albini to scuff up their sound in the wake of Nevermind‘s enormous success. Details of the touch-up are fairly scant at present, but the label have uploaded a bizarre 1993 promo clip for the album to Nirvana’s official Facebook page. The clip – more Goodies than grunge – sees a dolled-up Bobcat Goldthwait guiding the band through the miracle of birth; click below to watch.

In Utero will arrive in September.