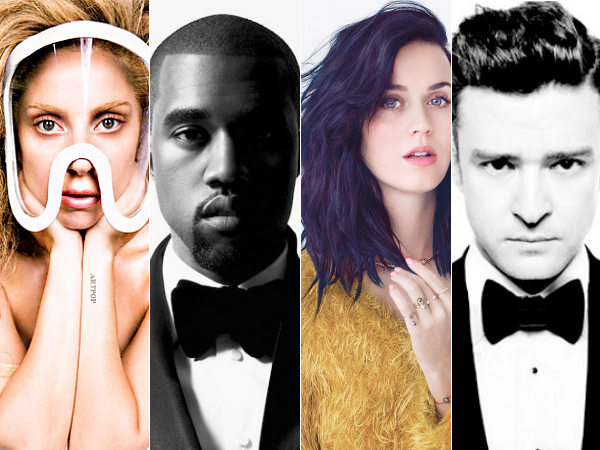 Lynching trees, Kendrick and Miley, N’Sync reunion… The 2013 VMAs lived up to the hype of our age.

The 2013 edition of MTV’s Video Music Awards took place last night in New York City, and it turns out the rumours of an N’Sync reunion were true after all.

That’s not all though. Kanye West performed ‘Blood On The Leaves’ from his latest album Yeezus, despite previous reports he would perform ‘Black Skinhead’. So that’s another boost into the mainstream for the duo of Hudson Mohawke and Lunice aka TNGHT, whose 2011 beat provides the backbone for most of the song.

Unfortunately the official MTV videos can’t be streamed outside the US, but some have started to appear on Youtube. You can watch a video of Kanye’s performance below, which included a background image of a lynching tree. On his website Ye explains that: “Those who were murdered are buried in the ground around the tree. Blood on the leaves.” We see what you did there.

Having stolen 90% of the discussion about hip hop in the past weeks, Kendrick Lamar performed with 2 Chainz, Robin Thicke and Miley Cyrus. Or to be more accurate she performed with all of them. Considering Miley’s recent twerking escapade at a 2 Chainz show in Los Angeles this shouldn’t be a surprise, but still. Watch the surreal performance below, giant dancing bears, golden mics, twerking and all – and wait for the cut to Rihanna’s unimpressed face about two minutes in.

Having missed out on their planned Colbert appearance recently, Daft Punk did show up this time, sort of. They previewed a short clip of their new video ‘Lose Yourself to Dance’ featuring Pharrel and Nile Rodgers (see below). The rest of the evening also saw Drake perform ‘Hold On, We’re Going Home’ live for the first time, Lady Gaga indulge her fans with four wardrobe changes in one song, Vampire Weekend present an award to One Direction, and of course Justin Timberlake perform a medley during which he was joined by his former N’Sync bandmates.

Oh yeah and Justin won four awards, including best video. It was after all an award ceremony, you can check all the results on MTV’s website.