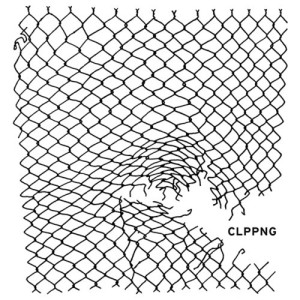 No one likes a bandwagon, of course, but if anything it’s a surprise that there aren’t more contemporary acts out there following the example of Death Grips and Yeezus, chaining up hip-hop and subjecting it to exquisite tortures. Back in the day, the likes of Sensational, Def Jux and Dälek almost made noise-rap into a movement. As a niche goes, though, it’s curiously unpopulated, perhaps because if hip-hop’s your thing, there are far easier ways to make a dollar.

There is, however, Clipping. A Los Angeles-based trio comprising of MC Daveed Diggs and two producers, Jonathan Snipes and William Hutson, Clipping are not the first hip-hop group to sign to Sub Pop – who, in recent years, have put out records by Shabazz Palaces and Thee Satisfaction – but somehow manage to combine being both the most orthodox and the most sonically abrasive. Orthodox, because Diggs is, by nature, a pretty straightforward MC – undoubtedly skilful, but neither formally adventurous nor undie cryptic, his rabbity double-time rhymes a little reminiscent of Big Boi. It’s Snipes and Hutson who are responsible for dragging the trio’s second long-player into outré realms, their dense, destroyed productions taking timbres more befitting of harsh noise, industrial and extreme electronic productions and moulding them into body-popping funk.

Thematically, Diggs does his best to match savage sounds with appropriate subject matter. The other side of the wheedling, tinnitus-prompting ‘Intro’, ‘Body And Blood’ finds the trio setting out their pitch, offering entry to an S&M dungeon of slamming slo-mo gabba beats and squealing power drills with lyrics that rhyme “cleavers” with “femurs” and “incisors” with “pliers” (an accompanying NSFW video, meanwhile, is not for the squeamish).

There is artistry in their intensity, though. ‘Inside Out’ is an strong showcase for Diggs’ observational storytelling, assembling a richly detailed description of a murder scene that describes everything, from the preachers on the sidewalk to the hologram Jesus portrait on the wall to the screeching tyres of the perpetrator making his escape, eluding only what happened in this altercation, and why. ‘Tonight’, meanwhile, is a neat encapsulation of Clipping’s fractured relationship with contemporary hip-hop, perverting ‘In Da Club’-style stereotypes into repulsive caricature. Diggs is a horny punter cruising the club for girls at closing time, warbling the chorus through syrupy Auto-Tune: “It’s time to figure out/Who you’re fuckin’ tonight…” Then in lurches guest MC Gangsta Boo (“drunker than I ever been/higher than I ever been”), and the pair head back to a dilapidated house with missing floorboards, their consequent drug-fuelled rutting described with a detail that’s intentionally grotesque.

For all the experimental leanings of its production, CLLPNG is a surprisingly easy listen: you sense, listening to the ringing chimes and growling bass of ‘Summertime’, or the glitching repetitions of ghetto anthem ‘Ends’, that Snipes and Hutson get a kick out of reconstituting avant-garde sounds into something you might be able to blast from a jeep. For final track ‘Williams Mix’, though, they toss all pretentions to accessibility out the window and pass the album to Tom Erbe, professor of computer music at UC San Diego, who collages it into four minutes of disorientating noise. An uncharacteristically difficult end to a record that’s not quite a paradigm smasher, but a must-hear for anyone who likes their hip-hop weird and with teeth.