The eight most eccentric turntables ever created 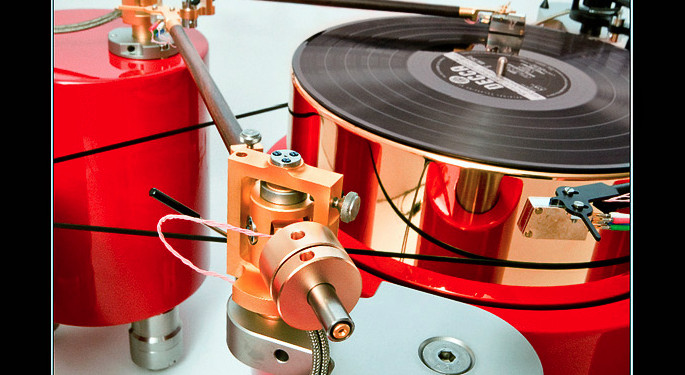 For years, turntable design has been the field of skilled individuals and engineers who have brought inventive, novel and — occasionally — head-scratching ideas and theories to the hi-fi world.

Along with innovation, turntables have been a platform for bizarre technologies and wacky theories on sound reproduction. Eccentric designs date back to the ’50s and ’60s, but some of the strangest turntables can still be obtained right now.

From laser styli to a four-armed behemoth, Paul Rigby looks at some of the more outlandish turntables you can buy and draws a very firm line between the sublime and the ridiculous. 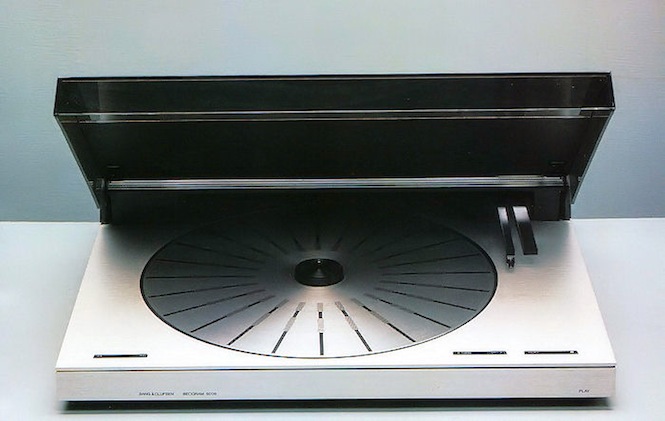 No longer produced, this turntable features a parallel tracking arm that moves across the record at the same angle as the original cutter head. Problem with these arms is that they can be fussy (they don’t like warps or scratches). On the other hand, the sound should be improved with a parallel tracking arm, making it much clearer. That’s the idea, anyway. There are lots of other interesting features here such as auto-sensing record sizes and speed. 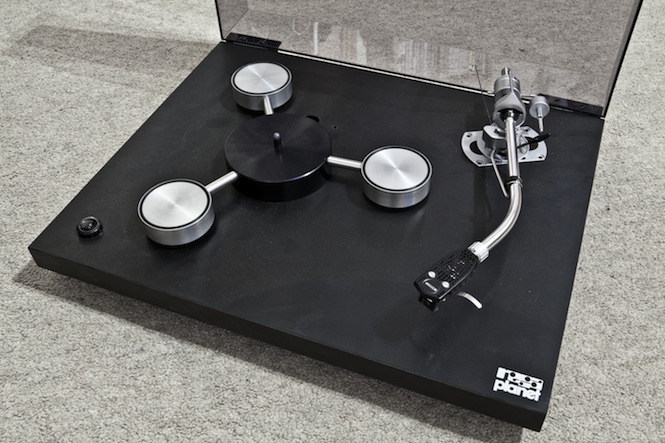 Mainly qualifies for its eccentric status because — despite the rather minimal design — it has an eyebrow raising platter shape. The company’s first turntable design, it arrived with an Acos Lustre arm. Dating from way back in 1973 (two years before the introduction of the famed Planer design), it’s tough to find but examples do pop up on eBay. 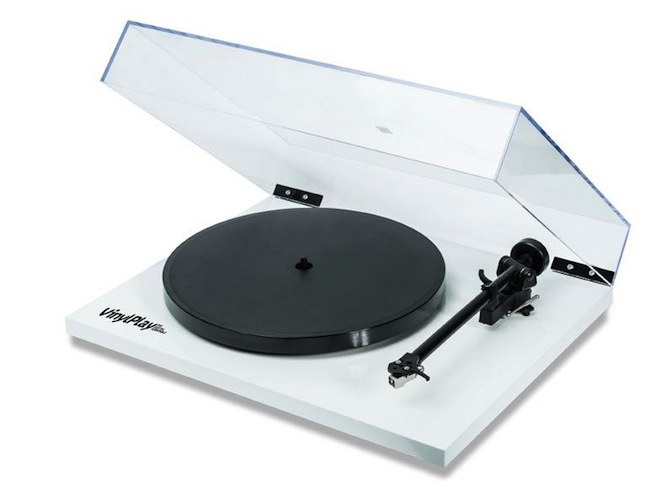 Flexson make accessories for the digital music streaming technology outfit Sonos, and recently released a turntable with a built-in DAC and USB port. You also get a built-in phono amp. It’s easy to plug in and stream your music around your house from the turntable, and the company makes a big play of using quality components. 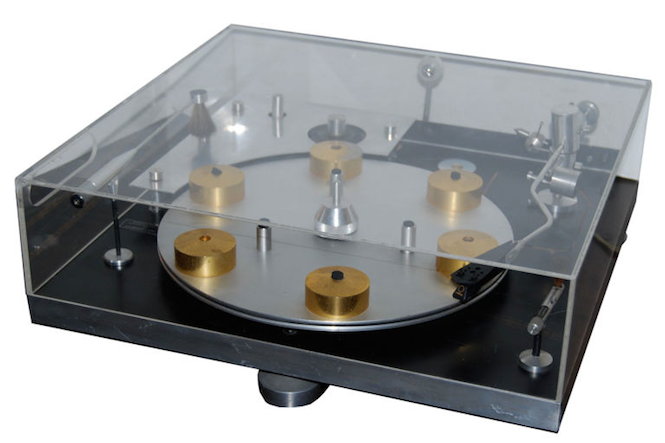 A real head turner but only available via second-hand sale. The great thing is you can send your purchase to Michell and they’ll provide a full service for it if in need of support. The turntable’s designer, the late John Michell, was an engineering genius who created the model Discovery spaceship seen in the film 2001: A Space Odyssey and built the eyes for Star Wars’ classic robot character, C-3PO. This turntable also appeared in the Stanley Kubrick film, A Clockwork Orange. 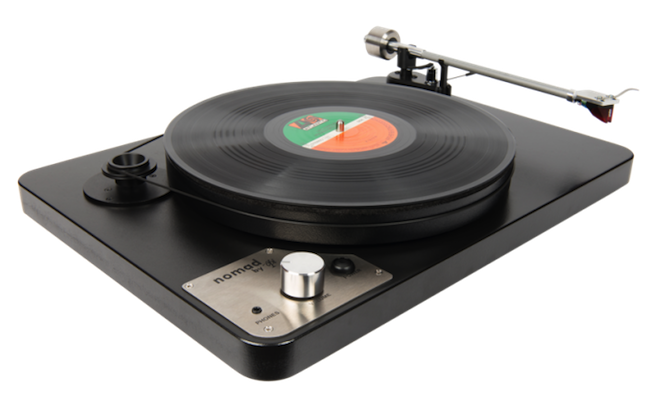 This new all-in-one turntable comes from highly respected manufacturer VPI, who produce some of the best designs in the world. In this case, it arrives with a good quality arm, a superb Ortofon cartridge and both a phono amp and headphone amp built into the chassis. All you need to do is plug it into a pair of powered speakers or an amp and basic speakers. Great value. 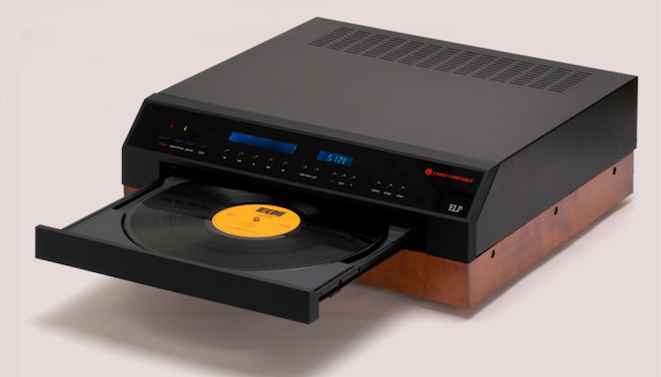 You can still buy this model, which has been around for some time. In theory, it’s the perfect turntable because it uses a laser instead of a cartridge and stylus (hence, wear on the vinyl is effectively zero) and its transport resembles a large CD drawer. Packed with varying play options, you can even ask the vinyl to play a less worn side of the groove to avoid excessive groove noise. 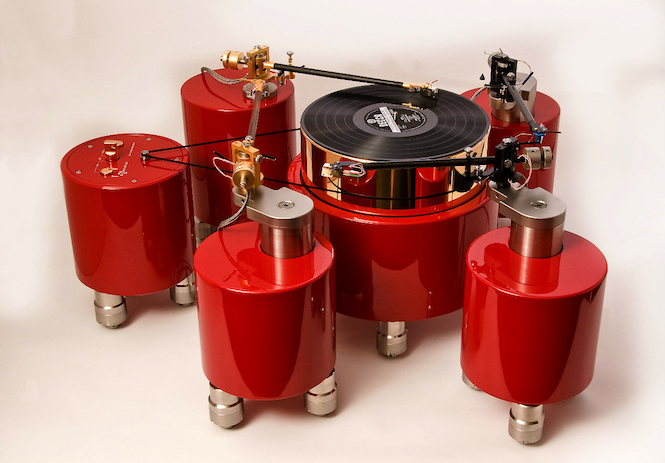 DAVINCI AUDIO GABRIEL
Price: $79,000 (inc. one arm base and a single arm)
www.da-vinci-audio.com

Swiss-made, would you believe? It weighs a massive 165kg with all four arm bases installed. That’s right: this variant features four arms. Questions is, why? I can see that you’d want an arm for a stereo cartridge, maybe one for a mono cartridge, even another for a 78 cartridge but… that fourth one? Any ideas, folks? Unwanted present from Gran, possibly? 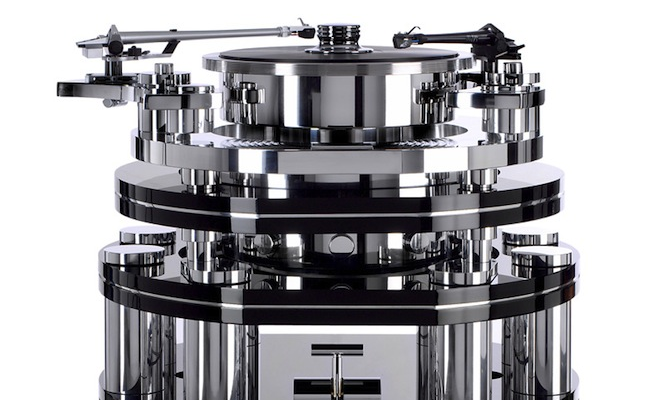 Making the Empire State Building look decidedly uncomfortable and weighing in at 220kg, this gigantic deck features a Cardanic (not Cardiac?) Suspension. Currently the most expensive turntable in the world, this freak of a turntable has the ability to mesmerise when it’s running. The above photo has been cropped – click here to see the Artus in all its grandeur.