There isn’t anything quite like getting lost in the foggy, twisting works that Alex Koenig makes as Nmesh.

His albums — 2013’s Nu.Wav Hallucinations and 2014’s Dream Sequins — were sprawling, overwhelmingly dense collage pieces made from commercials, samples from the depths of YouTube, and synth textures that ran from silly elevator Muzak to bad trip psychedelia to moments of startling beauty. As you stumbled through those sonic labyrinths you’d encounter others — disembodied voices, drifting through like ghosts. The chatter could shift from mundane to hilarious, from terrifying to emotionally resonant.

Still, his albums are laser-focused compared to the impossibly huge worlds Koenig builds on his mixes. His 260-minute (that’s 4.20 in hours) Welcome To The Warp Zone mix for TinyMixTapes moved through each of its extended thematic sections like some kind of giant, slow-breathing beast. It was an easy pick for our Bandcamp Release Of The Month — but more importantly, it was a clear sign that we had to get this guy to do FACT mix.

So now at just a single second over two hours, we present this double-wide FACT mix from Nmesh. It’s a hell of a ride, with a generous double-dip of LSD and all the peaks and valley that come with that. Here you’ll find the sonic trickery of iconic plunderphonics originator John Oswald holding court with anonymous vaporwave producers while Hype Williams and James Ferraro nestle in with Raymond Scott. It ties all these voices — young, old, dead, legendary, undiscovered, anonymous — together into a legacy of sonic adventuring with Koenig as a welcome host.

(Open in new tab to magnify) 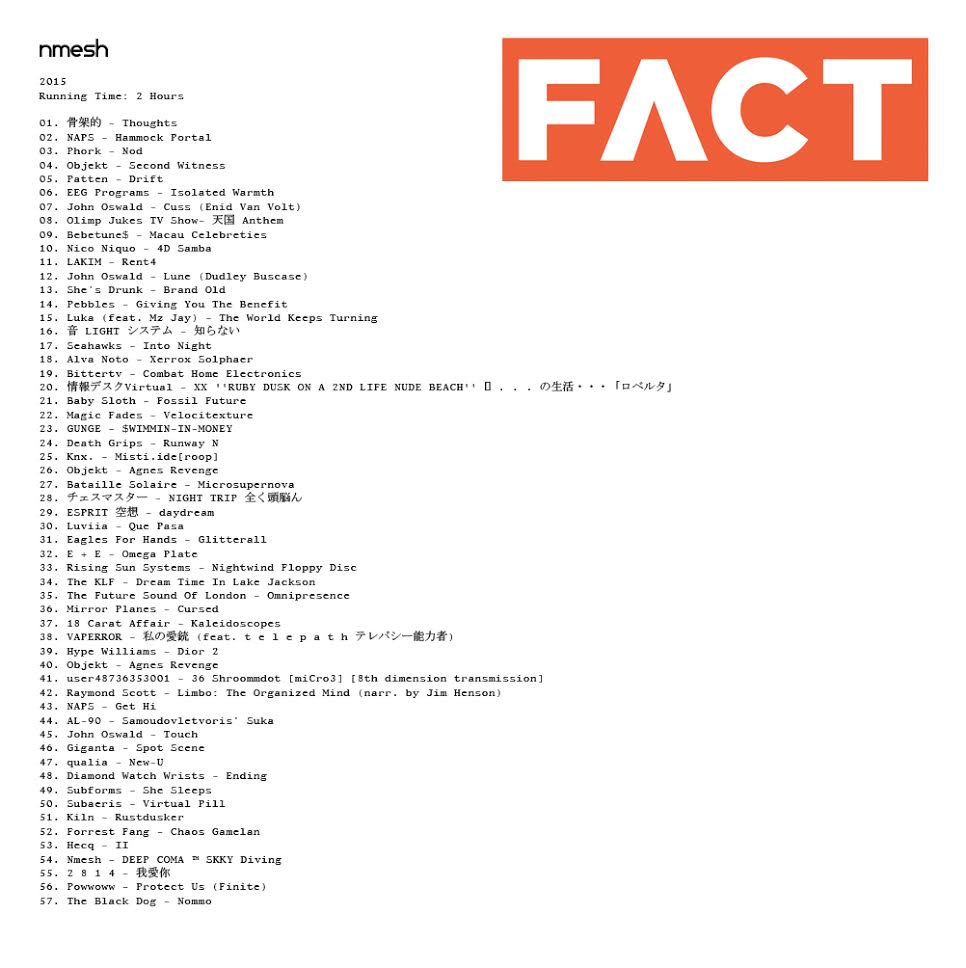