On Monday, New York’s Other Music followed Kim’s Video and Music and countless other stores derailed by escalating rents and contemporary disinterest in physical music, announcing that it would be closing for good. A long-time customer and more recently an employee, Jim Siegel, better known as Ning Nong, remembers the record store that shaped and nurtured his musical interests.

Anyone who chooses to work in a record shop past the age of 30 is willfully sacrificing financial stability to follow a passion.

My passion for music can match anyone’s, but my passion for records and CDs runs far deeper than most. Getting a job at Other Music was one of the goals I set for myself when I moved to New York City from Boston just over five years ago. This proved to be a difficult feat – even though I had already been writing reviews for their weekly email update and website remotely, and had spent the last six years managing the warehouse at one of their biggest distributors, it took a few years of persistence to become an employee at the actual store.

Long before I even considered that a job there could be within the realm of possibility, I had been a dedicated customer. In the late ‘90s, I would travel from Boston to New York City several times a year, inevitably spending the majority of my budget at Other Music. When they opened a second location in Cambridge, Massachusetts at the end of that decade, I quickly became a regular, and got the chance to experience the personalized customer service that their staff has been so revered for. 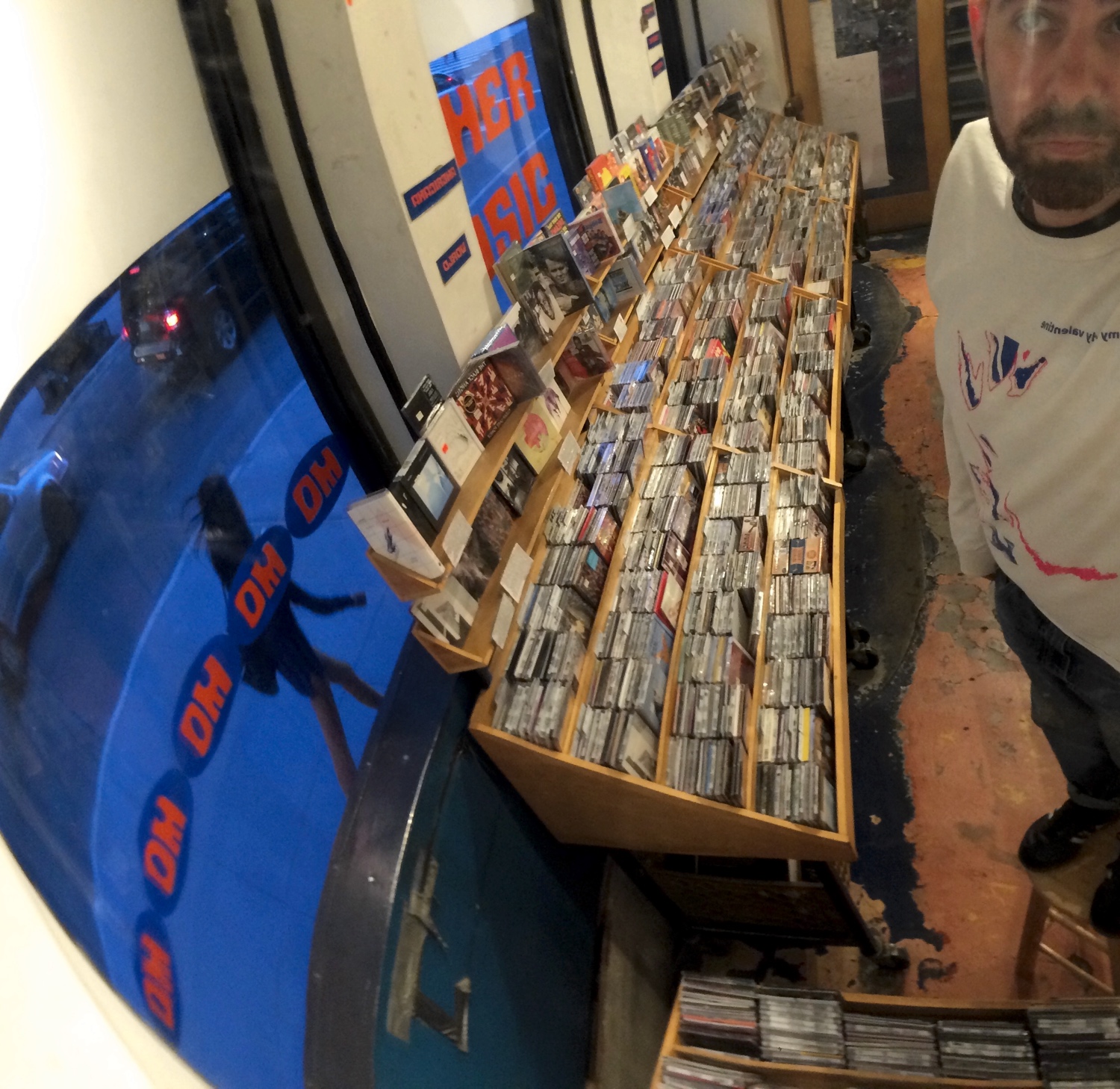 Since I am still shown records by others that I can’t believe I hadn’t already heard, why should I look down on someone for having that same experience?

Tim Haslett (RIP), in particular, made a deep impression on me. I first came across Tim in 1995, when he worked at dance music retailer Boston Beat. I was usually too intimidated by the proper dance music and mostly stuck to the Warp section, but what struck me most was this bespectacled, bearded employee DJing techno in the shop, with a focus and intensity I had never seen before. To see the same guy turn up at a Tindersticks gig a few weeks later solidified him as a kindred spirit. It’s the willingness to embrace a wide range of music, and to draw similarities between things that seem unrelated, that is the spirit of the successful Other Music employee.

Though my taste overlaps several subcultures, I’m really not a subculture person – I’m a music person. When I started working at Other Music three years ago, I was suddenly able to express why I attach the same level of importance to Wrecking Ball by Emmylou Harris as I attach to Hermann Nitsch’s Sinfonie Für Mexico City or Pet Shop Boys’ Behaviour. Working there allowed me a chance to try and reverse the stereotype of the jaded and condescending record shop employee. I’m delighted when someone asks which Can record to start with (some days I think it’s Ege Bamyasi and some days Soundtracks). Since I am still shown records by others that I can’t believe I hadn’t already heard, why should I look down on someone for having that same experience? I wish I could feel what it’s like to hear Pink Flag or Unknown Pleasures for the first time again; I envy people who haven’t yet had those moments of epiphany. 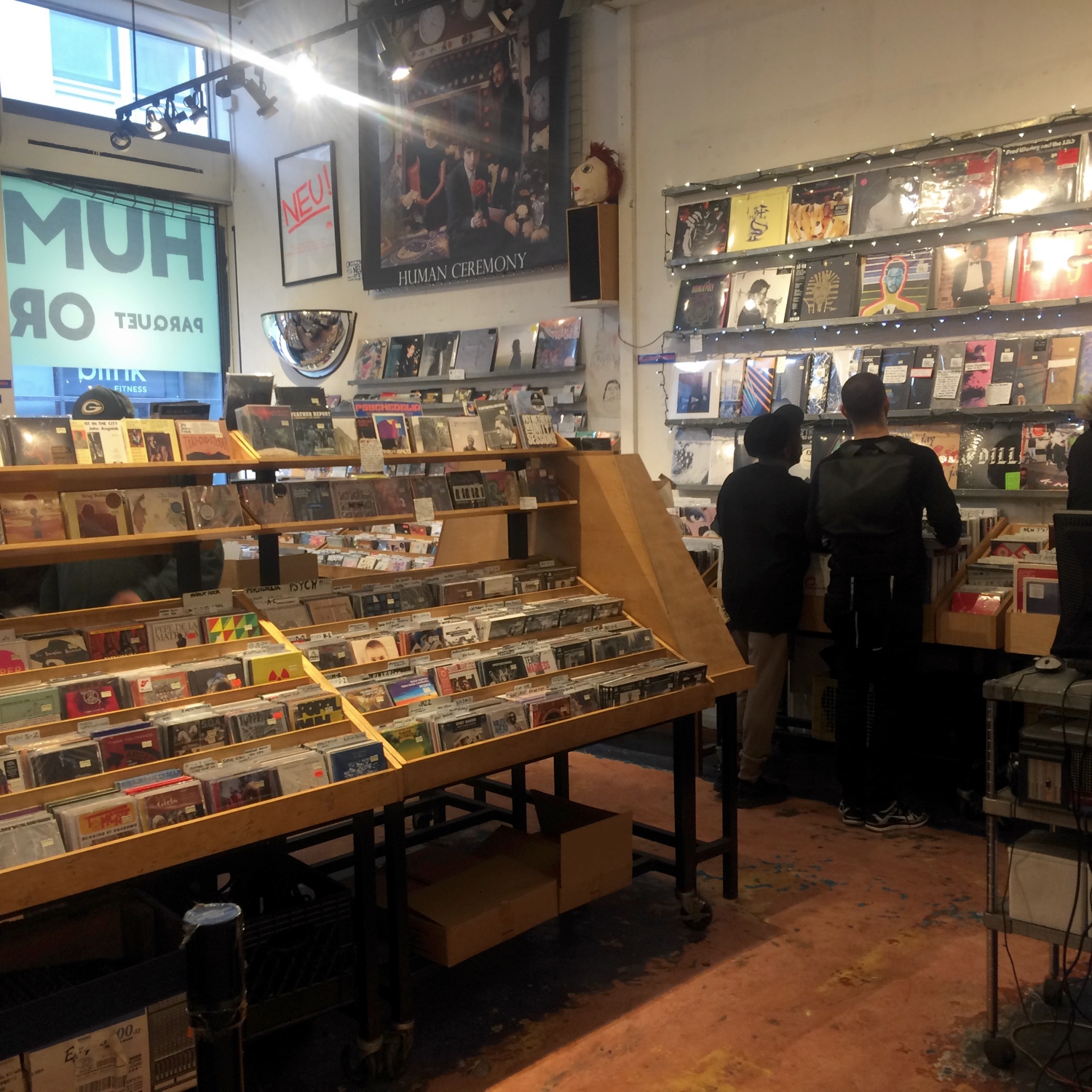 A few months ago, Benicio Del Toro was in the shop on one of his occasional visits.

Since the shop was located in Manhattan, many people of note passed through. A few months ago, Benicio Del Toro was in the shop on one of his occasional visits. A true music fan always on the lookout for new sounds, he has built up a rapport with Chris Vanderloo, one of the shop’s owners, through his thoughtful recommendations. Del Toro approached the cash register with a copy of Space Ritual by Hawkwind, and wanted to keep the hand-written card I had attached to it on which I declared it to be “possibly the greatest live rock album of all time”. “You wrote that? I’m holding you to it,” he warned me. These experiences can only be had in person, and they’re some of my most cherished memories.

Vanderloo, by the way, has acted more like a father, or a peer, to me than a boss. This man has worked in record shops ever since he was old enough, and can recall details about almost any record released from the mid-80s until now, but is so humble that you wouldn’t know any of this unless you asked. Many of my co-workers shared this duality of having extraordinary credentials, yet a humble demeanor. My desk in the office was next to Bert Queiroz, a man who played in two bands on Flex Your Head and shot photos that appeared on other key Dischord record sleeves. He worked for Other Music for around 15 years, and though he didn’t walk around acting like he was cooler than anyone I knew, he was. Between the stories Queiroz and Vanderloo could tell once persuaded, I never wanted to leave the office.

These were my people, far more than any collective group of people who claimed they were all “into the same kind of music” could ever be. They provided an environment in which I could learn so much, yet be treated as a peer. I’ll miss Other Music more than I can express in words, and feel so lucky to have been able to attempt to uphold its mission statement over the last three years.