This week we clap our ears on Missy Elliott’s tantalising new single (read FACT’s interview with the genius herself for more on that) and brace ourselves for the return of Jamiroquai.

Plus, two powerhouses of the UK underground join forces, Dev Hynes unveils a new project, ANOHNI drops a new collab with HudMo and 0PN, and we meet a fresh talent from Lee Gamble’s label.

Tayyab Amin: This hook sounds like it was written by Big Sean’s intern. Missy applies to be the fourth Migos, vies to out-Future Nayvadius himself, and stunts as the one, the only Missy Elliot. Is there a beat she couldn’t rap over? Also the video is glorious, just look at that underwater gym ball routine. They did that! Mostly I just need Missy Elliot to be an Overwatch character. (7)

Chris Kelly: With every new single is the promise that Missy will reclaim the throne that she was forced off by health issues. But like ‘WTF’ before it (‘member ‘WTF’?), ‘I’m Better’ is a tantalizing half-measure. Missy is still Missy, bringing back cherished memories when singing “He watching my body like he watching Scandal / But I’m just here, with my girls” or stuttering her vowels on the third verse, but she deserves better than an 808 Mafia soundalike (complete with Kill Bill siren) and a phoned-in hook from Cainon Lamb. (4)

Daniel Montesinos-Donaghy: Let’s be honest here: since 2012’s trickle-down of half-baked single attempts, Missy Elliott has been giving us excuses to exercise our passion for nostalgia without actually making music that felt vital. (You all caped for ‘Where They From’ and I will never understand why.) Here, she sounds content to make tar-thick, molasses-slow trap music with her traditional melodies, and it’s stirring and interesting in a way she’s struggled to be so far this decade. (7)

Son Raw: Missy is all up in Atlanta’s current weirdo wave and she’s here to school her wayward children. The track itself doesn’t exactly build on rap’s subsequent development but it competes nicely – it’s the video you need in your life though. Hopefully this can re-ignite a much needed conversation about Missy’s place amongst the top visual artists of her generation. (7)

Tayyab Amin: Overly dramatic piano intro, catchy speak-sing hook from Dave and then J Hus comes in as the beat drops like “Quickly stop off at the off licence.” Iconic entrance. Infinite reloads. I don’t even wanna listen to the rest of the song, it’s a foregone conclusion already. Dave’s doing the UK right, but this is making me realise how much we’ve missed J Hus. Sometimes you want tunes that modestly bang. (8)

Son Raw: It’s important not to get stuck in grime traditionalism lest the genre calcify, but it’s just as important to acknowledge when experimentation leads to an unmitigated disaster: the musical equivalent of a semi-trailer truck smashing face first into a school bus. This limp mash up of Chance the Rapper gospel pieties, Drake-y singing and UK drill drums is practically a parody of itself and is enough to have even the most cynical among us wondering if the Rhythm N’ Gash revival was that bad. (3)

Daniel Montesinos-Donaghy: Jae5 and Dave are responsible here for a minor-key, slowed-down take on Zaytoven’s piano trills, and it’s a fair soundtrack to have two of the UK’s rising names on top of – and yet, the beat is the best thing about it. J Hus lacks his usual wit and meme-ready catchphrasing, while Dave takes that Drake co-sign to the head and literally becomes him on the hook. (6)

Chris Kelly: I’ll confess: UK rap does nothing for me. There’s a recent thread that combines Atlanta-inspired beats with a decidedly throwback emphasis on BARS (with or without Drake, Dave’s ‘Wanna Know’ is a snoozer). I’m much more interested in J Hus and the Afrobeats sound, and while he seems to be informing the lovely melody and hook here, ‘Samantha’ is much more in Dave’s mode, leaving me to fast-forward the verses. (5)

Chris Kelly: I’ve generally enjoyed Dev Hynes’ productions more than his solo work, but ‘Hymn’ is closer to a Blood Orange track than, say, ‘Losing You’ or ‘Everything Is Embarrassing’ or ‘All That’, albeit with Bryndon Cook as the frontman. Cook is a stronger singer than Hynes, but he could probably skip the rapped verse: “No exegesis exists without / Someone you can just be cool with”. Yeesh. (6)

Tayyab Amin: This chorus melody walks the tightrope line that separates genuine care and support from patronising condescension. A different day, a different story perhaps, but today this song feels so warmly encouraging and validating. I feel like I’ve been hearing How To Dress Well try to write this song for years. Glad this is here for when I need it, yet I’m sort of hoping I don’t feel the need to listen to it that much. (6)

Son Raw: Every generation needs its soft rock, right? If this were any smoother it’d be a complete sphere, and that’s as much a compliment as a diss, but in a week where Migos dropped 13 tracks upending the universal laws of syncopation, it’s hard to get excited over what amounts to yacht rock. (4)

Daniel Montesinos-Donaghy: Lord knows if this is a new group, seeing how much music Dev Hynes lends his name to these days, but this is certainly deserving of further exploration: a warm, justly sentimental voyage for companionship, lushly orchestrated in the way Hynes always offers. And harmonies – oh boy, the harmonies! (7)

Tayyab Amin: Why does Jamiroquai always look like he went on a mad one inside Poundland? The futuristic vision of both the music and the video feels adorably outdated to me. I do wanna let him have his fun, but how much can we really afford to condone these dadcore cyber-Coachella antics, complete with Bruno Mars breakdown? If I can’t convince you, maybe this Trainspotting 2-worthy moment will: 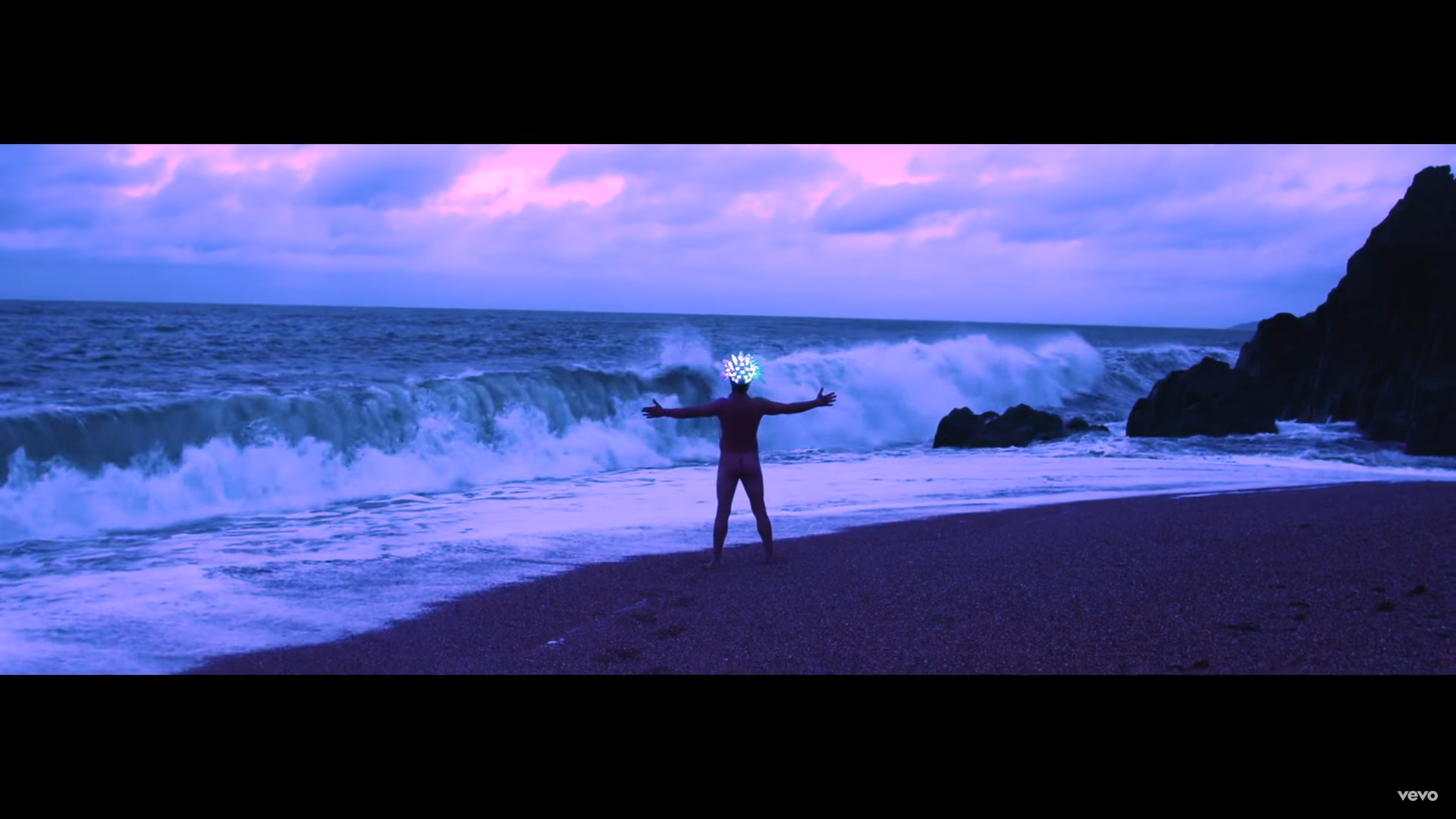 Chris Kelly: The comeback I didn’t know I actually wanted (despite how often I play ‘Virtual Insanity’ and its iconic video). Delivers on the promise of what people wanted when Daft Punk and Giorgio Moroder resurfaced in the last few years, with enough off-kilter moments and unexpected melodic choices that even Jay Kay’s rapping delight is more charming than cringeworthy. (7)

Daniel Montesinos-Donaghy: The best thing for Jay Kay was to lie low, drive Ferraris in the desert (or whatever he does) away from the public eye, and allow his pop myth to develop slowly into critical praise. Am I crazy, or were the late ‘90s and early ‘00s just people finding excuses to not like Jamiroquai, then have to eat crow when acclaimed acts like The Internet listed the UK jazz-funk-disco folks as an inspiration? The critical consensus is going to get sweeter for them – which means we’re going to overpraise this kinda overcooked return due to our nostalgia for ‘Little L’. [Oh god, please not ‘Little L’ – ‘90s Ed.] Still, it’s nice to see Jay Kay and his anonymous troops doing too much – it points to something surprising coming. (6)

Son Raw: Two weeks ago I posited a formula to evaluate the need for ‘90s reunions: critical approval multiplied by years apart divided by mass appeal during the group’s original run. Well, Jamiroquai were insanely popular in the ‘90s with their Stevie Wonder revival shtick, and god help us, they’re trying to do it again. This is no worse than the kind of pablum Daft Punk or Bruno Mars are pushing so I’m not mad at them for trying, I’m mad at the record-streaming public for allowing it. (2) 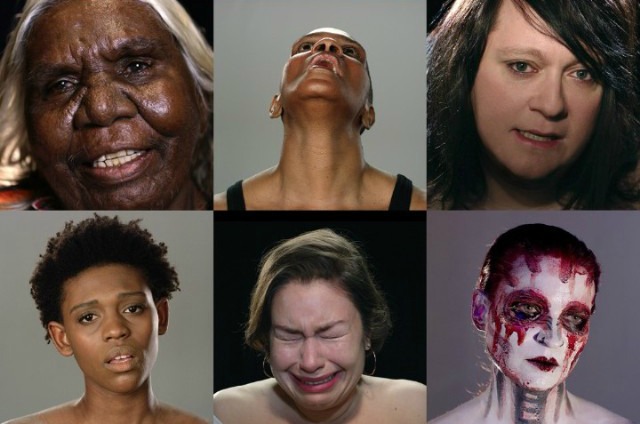 Chris Kelly: My knock on HOPELESSNESS was that songs like ‘Drone Bomb Me’ were too ham-fisted in their politics. The lyrics of ‘Paradise’ are more vague and poetic, but no less powerful, especially with ANOHNI’s always-moving performance and Hudson Mohawke and Oneohtrix Point Never’s walloping production. (8)

Daniel Montesinos-Donaghy: Writing as someone who lost his mind for both ‘4 Degrees’ and ‘Drone Bomb Me’ on this very website, I hated ANOHNI’s Hopelessness LP – a bunch of try-hard Bush-era clanging that went nowhere, stunned by its own bleak power and frozen in place by its lack of texture or songwriting. It was all very try-hard for me. ‘Paradise’ is my first post-Hopelessness revisit to ANOHNI’s work, and now it’s as though I can see the Emperor’s New Clothes. It’s her trademark warble, offcuts from the HudMo royalty-free Dropbox and the insinuation that not liking this music is tantamount to denying protest rights. It’s pious, self-impressed and undoubtedly well made despite being Not Very Good. (4)

Son Raw: I’m going to go meta and show my actual thought process here: This is more ANOHNI over Hudson Mohawke’s maximalist 808s and rave synths. I’m not interested in the slightest, ‘cause big dramatic belters were never my thing, but I’m also not willing to suffer Woke Twitter’s wrath by giving it anything less than a 5. [I think Woke Twitter might be anti-ANOHNI now – Wokeness Ed.] This is how the Singles Club sausage is made, I never said it was pretty. (5)

Tayyab Amin: Firstly just a shout out to Lee Gamble’s UIQ, quietly, casually and consistently delivering so much off-kilter electronic goodness. This one from N1L feels like it picks up where his previous record, inaugurating the label, left off; disoriented, phantasmic dancefloor excursions with the aim to obstruct your view and stagger your footwork. It’s like he’s called together the ghosts of five different tracks and trapped them in a shell until all that’s left is the amorphous shadow of what was once there. (8)

Chris Kelly: No matter how much I roll my eyes at the self-parody of titles like ‘Sleep Architecture’, ‘Galactic Tetris’ and Ikea Zen, I can’t deny the power of this track, which turns familiar elements of techno and club music into a pneumatic war dance. (6)

Son Raw: I can’t wait for this type of noisy, clangy, snare-intensive weirdness to permeate the mainstream, because in its undiluted form it’s a bit headache-inducing while being completely thrilling. The pain is all worth it considering how much of a hand grenade a track like this is to club music orthodoxy. (8)