Features I by Cameron Cook, Caroline Whiteley and Michelle Lhooq I 26.06.18

There is a full slate of heat on this week’s Singles Club ballot, starting with new tracks from Helena Hauff and Sinjin Hawke & Zora Jones. We’ve also got artist to watch in 2017 emeritus 6LACK, as well as ‘Shade’ slayer IAMDDB. Round that all out with a fresh collab from Steve Hauschildt and Julianna Barwick, and you’ve got an awfully competitive week. Get into it. 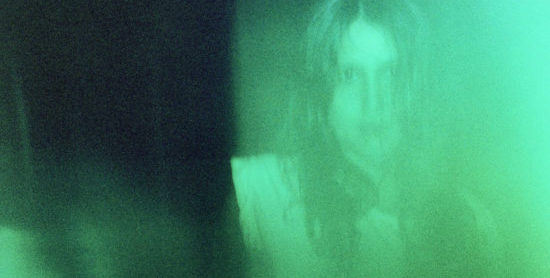 Michelle Lhooq: No one does sleazy electro better than Hauff, and I love the clever concept of double-meaning behind the title (“qualm” means “smoke” in German and “unease” in English). Both senses of the word are clear influences on these twin tracks, which play with the idea of duality while emitting a ghostly sense of creeping anxiety. The perfect soundtrack to a cyborg prowling foggy city streets in some cyberpunk noir movie. (7)

Caroline Whiteley: ‘Qualm’ starts off as a spacey, synth meditation, almost like the soundtrack to an early ’80s sci-fi film. ‘No Qualms’ explores the same melody, adding Hauff’s signature deep electro basslines and gritty drums. A killer first taste of what’s to come on her new record. (8)

Cameron Cook: Helena Hauff is about to drop a new album of dark, spacey electro, and if ‘Qualm/No Qualms’ is anything to go by, I’m going to be doing a lot of listening to this while riding the train on my way to the club. Everything here is pretty simple, but massively effective. Can’t wait to hear more. (7.5)

Michelle Lhooq: In the future when aliens take over the planet and throw a rave to celebrate, Sinjin Hawke and Zora Jones will be presiding over the DJ booth. This track is a killer synthesis of everything club music’s power couple do best – whipping schizophrenic rhythms with sugary melodies and baby alien vocals (in this case… a Bulgarian choir?!) to cook up nothing short of kinetic club magick. (8)

Caroline Whiteley: Both are powerful producers in their own right and this epic roller combines combative choir verses and Timbaland-esque production styles. (8)

Cameron Cook: This sounds the soundtrack to a Tomb Raider game that was actually good and not just swinging-from-vines and polygonal breasts (don’t hate me, you know those games were trash). I kind of wish the choir sample never let up because some of the more hip-hop-style production actually sounds a little uninspired and 2006-ish next to such a strong idea but… no real complaints. (7)

Michelle Lhooq: The press release claims this track is meant to “suggest the anxieties brought about by modern-day surveillance” – but all I feel is gentle, blissed-out serenity from Barwick’s reverb-shrouded vocals intertwined with Hauschildt’s signature glistening synth arpeggios. When I die, play this song as my soul leaves my body. (8.5)

Caroline Whiteley: I really enjoy the poppiness that Barwick’s singing adds to the track. (7.5)

Cameron Cook: Oh man, Emeralds were so good, and I’m really glad Steve Hauschildt is back! This is giving me ’90s new age synth-pop, with a little bit of Japanese ambient thrown in? Julianna Barwick’s vocals are just engaging enough to keep your head bobbing above the surface. This is the kind of music I would listen to in bed by myself in high school because none of my friends ever wanted to go raving with me. Ah, youth! (8)

Caroline Whiteley: There’s a deliciously bouncy beat here but something about this track is off for me. No part of this track really hooks me. (4)

Michelle Lhooq: It took me a couple listens for this song to open up – for me to fully appreciate IAMDDB’s musky flow and all the ways she fucks with standard trap and R&B tropes, infusing a standard flex track with a touch of 80s nostalgia and jazzy drums. Bonus points for the random Chinese subtitles in the video. (7)

Cameron Cook: I just feel extremely marketed to by this video, to be honest. Like, of course I’m going to love a woman in a skintight leopard print bodysuit, goggles and four-foot-long box braids. Like, what do you want from me? Divorced from the aesthetics, I can’t say I love this, but I’m willing to give it a full extra point for the tempo change in the middle because that was unexpected and reeled me back in. (7)

Cameron Cook: I picked up my phone and started watching clips from RuPaul’s Drag Race while this video was playing, and I didn’t even realize it until the song was over. So, no. (4)

Caroline Whiteley: This one is the opposite to the track mentioned above. It’s not necessary to re-inventing the wheel, but it’s catchy – I’m bopping my head as I type this. (6)

Michelle Lhooq: There’s a particular feeling you get driving around the Hollywood Hills late at night – it evokes the gilded romantic melancholy the Weeknd made a career out of. ‘Switch’ is both a ballad and a banger – I hope Uber drivers are ready to listen to it all summer. (9)

Cameron Cook is an American culture journalist currently residing in Berlin, Germany. He would go to the ends of the Earth for Kate Bush. Find him on Twitter.

Caroline Whiteley is freelance writer based in Berlin. Find her on Twitter.

Michelle Lhooq is an LA-based journalist writing about music and weed. Find her on Twitter.