London’s Wireless Festival has announced its first names for 2017.

Chance the Rapper, Skepta and The Weeknd will headline the event at London’s Finsbury Park on July 7-9, taking up slots on Friday, Saturday and Sunday respectively.

Tickets can be purchased now from the Wireless Festival website. More acts will be added to the bill in the coming months. 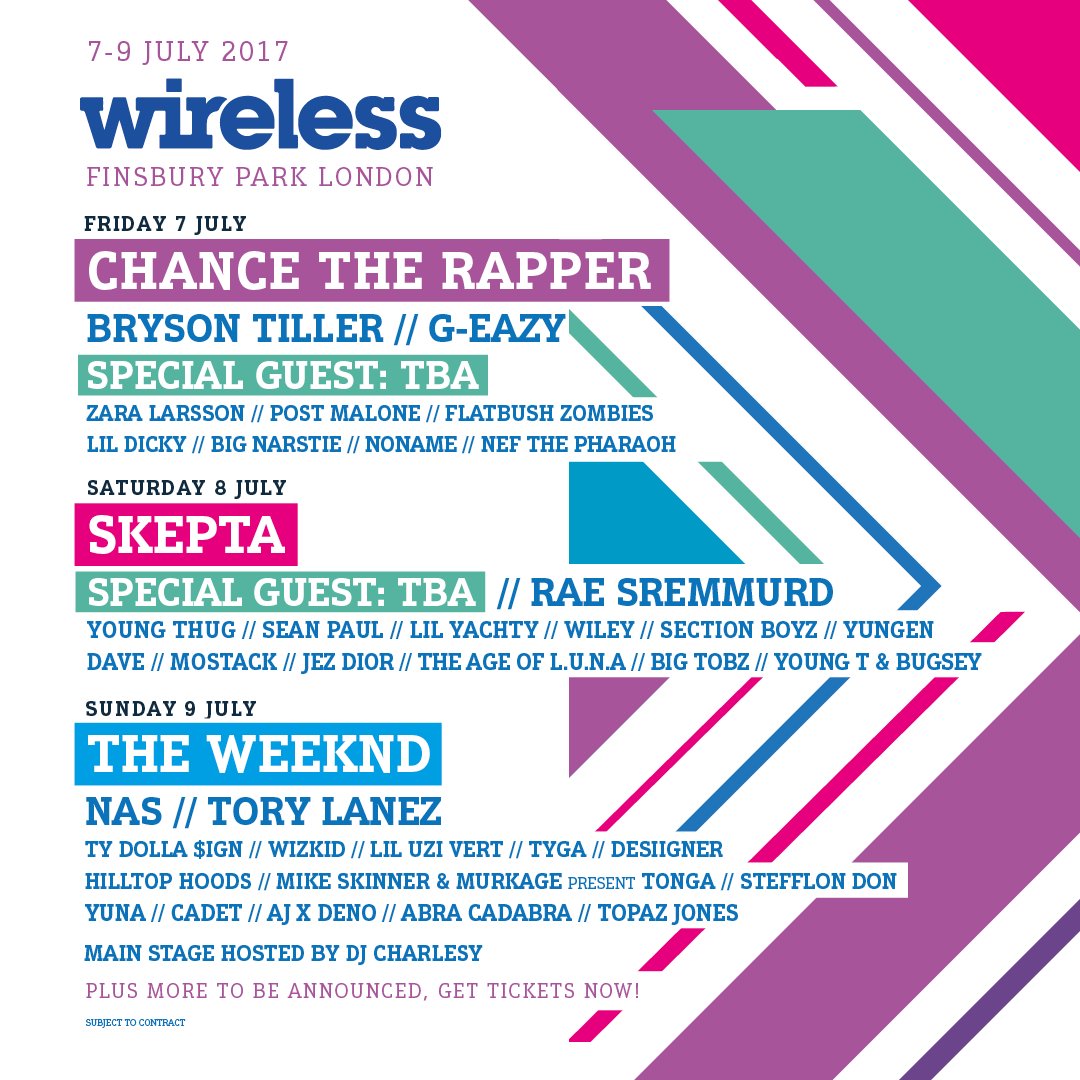