Released in 1996, Dr. Octagonecologyst took Kool Keith’s dense, complex rhymes and fused them with production from Dan “The Automator” Nakamura. This year, the duo are set to perform live for the first time and a deluxe reissue of the album is celebrating its two decades of acclaim. Tamara Palmer talks to Nakamura about the game-changing album’s lasting appeal.

It’s been almost 21 years since rapper/multi-instrumentalist Kool Keith released one of his most beloved, genre-dissolving albums, Dr. Octagon’s Dr. Octagonecologyst, and last night marked the first time the project had ever been performed live. The only problem is the location: San Francisco’s 500-person venue The Independent sold out in a couple hours leading to tickets posting on StubHub for a farcical $4,000.

“We didn’t realize that we probably should have tripled it, but we didn’t know that,” Dan The Automator says of the show’s capacity. “I know that I can do okay in San Francisco, but you never know about something that hasn’t been out for a long time. We didn’t even have a chance to do our own ticket buy, it caught us by surprise too!” After this and another sold out show in Los Angeles, Dr. Octagon will continue to book live shows; the next scheduled gig as of press time will be at Soundset 2017 in St. Paul on 28 May.

“It opened up my world a lot… I didn’t have a day off for five years.”

Dr. Octagonecologyst’s release on seminal ’90s label Mo’Wax, and its standout songs like ‘Earth People’ and ‘Blue Flowers’ exposed Kool Keith to a wider international audience – a new set of listeners who had never engaged with his foundational rap group Ultramagnetic MCs. There was something about Keith’s respect for a broad spectrum of sounds that fostered a kinship with open-minded listeners.

“Hip-hop music has become so stagnant and limited,” Kool Keith told URB in 1997. “They don’t know about different music like drum and bass, jungle or like all the different type of producers all over the world. They don’t know about Tricky, Bill Laswell, Goldie — they just get into this narrow-minded production because of their lack of experience and, most importantly, exposure. As far as sound — the average producer in rap thinks rap [music] is just a sampler. Like, they have the SP-1200, and they think they have everything in the world. They’ll use [it] ‘til they die.” Dr. Octagonecologyst was finished in just 14 hours – Keith flew to the Bay Area to record with Nakamura, started rolling at 9AM and was done by the end of the day.

Nakamura admits that the opportunities were coming so fast following the album’s release that both he and Keith were pulled in different directions and they never came back together to even consider performing it live.

“It opened up my world a lot,” he says. “It was very much popular with the kind of musicians I like and I pretty much didn’t have a day off for like five years. Even to this day, people call me a rap guy when I’ve done like six rap records in my life and like 200 rock records.” His diverse discography includes producing albums for Jon Spencer Blues Explosion, Gorillaz, Galactic, Kasabian and Exodus, plus his own collaborative projects Handsome Boy Modeling School (with Prince Paul), Deltron 3030 (with Del The Funky Homosapien).

“When I listen to the record now I realize it’s a lot more of a synth record than I thought.”

To prepare for these shows, Nakamura had to go back and reacquaint himself with Dr. Octagonecologyst. “I play my own records when I DJ but other than that I never listen to my own records unless they happen to be playing somewhere else when I’m out. I listen to my records a million times when I’m working on them, once they come out I won’t say they’re dead to me but I’m not listening. I had to go back and listen to this record a lot and see what I was doing. And the thing I didn’t realize is when I made this record I really thought it was, not a fuck you to samples, but I was coming from this thing of, like, why does everyone gotta sample a jazz record? Why does that have to be how you do it? I’m going to sample and flip any kind of music.

“That’s what I thought the record was about — expansion of horizons, which it is,” he continues. “But when I listen to the record now I realize it’s a lot more of a synth record now than I thought it was at the time. It’s a heavy analog synth record. I had the Memorymoog [analog synthesizer] and it’s all over this record, it was kind of surprising me. It’s cool that I got to relive it with a different lens.” He sees it as a precursor of sorts to more recent alternative rap touchstones from Pharrell and Odd Future – even off-kilter Southern rap like Gucci Mane.

DJ QBert, the world champion turntablist who provided cuts and scratches on the album, will join Nakamura and Keith for the Dr. Octagon live shows. He and Nakamura will be rocking double sets of turntables, and they’ll be bringing along a prototype of their new brand Thud Rumble Invader Mixer. They built the computer-controlled device together, and Nakamura describes it as a “unique multitrack computer thing,” which is promising. “It kinda looks like a mini video game,” he says. “We’re going to use to control a lot of the sounds, too.”

“I’m looking forward to represent the art of a real hip-hop group with a real scratching DJ using the turntable like a musical instrument the way it’s really supposed to be done,” says QBert. “Only now, the techniques are so advanced plus Dan the Automator is ridiculously ahead of his time and of course Kool Keith is from the future! All three elements are profound.” 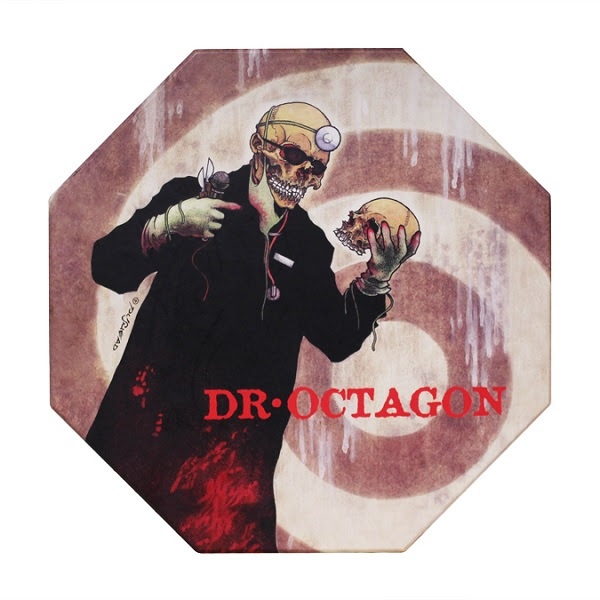 Fans with well-worn vinyl copies or curious listeners wanting to discover Dr. Octagonecologyst for the first time should know that a 20th anniversary vinyl box set is being released imminently by Get On Down. The octagon-shaped set features a large book of liner notes and 28 (!) tracks, including a full side of previously unreleased material. There are two new remixes from Dan The Automator and three songs from the original studio session: ‘Astro Embalming Fluid’, ‘I’ll Be There for You’ and ‘Redeye’.

This renewed interest in the album, paired with the intimidating prospect of performing the album on stage for the first time brings trepidation, but plenty of excitement. “Because we didn’t tour, we can’t fall into old habits or anything,” cautions Dan The Automator. “We just have to fit together.”

Read next: Kool Keith on keeping it weird, the underground struggle and Pimp To Eat