Singles Club: SZA takes back CTRL with Kendrick collab ‘Doves In The Wind’

This week, SZA links up with Kendrick Lamar for new album standout ‘Doves In The Wind’, David Guetta and Justin Bieber aspire to deliver a stadium EDM anthem with ‘2U’ and Pharrell attempts to recreate the magic of his Despicable Me 2 hit ‘Happy’ on Despicable Me 3’s ‘Yellow Light’.

Elsewhere, Oneohtrix Point Never links with Iggy Pop, Kaitlyn Aurelia Smith covers Sade’s ‘By Your Side’ and DJ Khaled and Drake take their friendship ‘To The Max’ on another glimpse at Khaled’s Grateful. Here’s what our reviewers made of them all…

Chal Ravens: Haven’t listened to the whole SZA album yet but the fact this feels less like a single than a segment from a lengthier narrative is very promising – like Kendrick, she’s comfortable throwing the verse-chorus-verse structure out the window in favour of something more conversational and interesting. The beat is a boom-bap throwaway, I guess, but between the two voices there’s something more original being conjured up here. (7)

Daniel Montesinos-Donaghy: Over a disassembled Redman sample and drowsy drum loops, there’s something incredibly romantic about a lyric this crass: “I’m really tryna crack off that headboard/and bust it wide open for the right one”. (7)

Carl Anka: We waited an age for the First Lady of TDE to drop the album, and it’s nothing short of a triumph. Lyrically tighter than 2014’s Z EP, this song toys with you like a cat with its favourite ball. And bringing K.Dot, whose bars fit perfectly over these laconic beats? Real baby-making music, this. (8)

Jibril Yassin: Any song that uses a Redman sample is automatically a 10. That’s the rules. (10)

Tayyab Amin: SZA’s drifting, winding vocals! The Redman sample! The fact that she puts on Forrest Gump’s accent when she says “Jenny!” Why do I feel like Kendrick is one of the people she’s talking down to on the track though? SZA’s out here candidly speaking on cis-male inadequacy and ineptitude, and there’s Kendrick rapping pussy pseudoscience: “Pussy can beeee so facetious!” Mate. (7)

Carl Anka: This won’t quite reach the ubiquity of ‘Happy’ from Despicable Me 2, but (whisper it) it might be the superior track. Better lyrics. Better chord progression. The third part of trilogies never get enough credit anyway. (8)

Daniel Montesinos-Donaghy: Ever since the first Despicable Me film (which gave us the stunning tribute to his son ‘Rocket’s Theme’) Pharrell Williams has used the open budget of a kid’s soundtrack to indulge his eccentricities in the bounciest, friendliest ways possible. ‘Yellow Light’ sees Pharrell do Pharrell while keeping it as colourful as possible, for the widest audience possible. (8)

Chal Ravens: It must be years since we had a standard issue, non-Minionized, non-happy-clappy-soundtrack single from Pharrell in Singles Club. ‘Yellow Light’ is definitely less annoying than the other Minions song and less forgettable than the Hidden Figures soundtrack, but ultimately it’s the sound of Pharrell clocking in and clocking out for the day. We get it, dude – you like money. (3)

Jibril Yassin: This feels miles away from Pharrell’s usual preference for lush, crisp production and actually feels somewhat off-kilter and woozy. The dude had the opportunity to phone in a ‘Happy’ retread so this is a welcome surprise. (7)

Tayyab Amin: Two years ago, Pharrell released the Beats 1 advert-soundtracking ‘Freedom’, envisioning a united species without actually acknowledging any parties suffering or imposing a lack of freedom itself. A galvanizing message is more apparent on this theme from the new Despicable Me film: not an obvious place to drop a song touching on oppressive structures, assimilation struggles and mental health (“United States of anxiety continues/Red is in this tower singing the flag burning blues”) but here we are. Pharrell reminds us to go outside, have some fun in the sun and remember that some things are bigger than this world. (5)

Chal Ravens: Just like his pal Lou Reed, Iggy’s got a voice you can sprinkle over any old shit for instant profundity and a kind of solemn absurdity – one imagines he took his shirt off to record the line “The pure always act from love”. But I can’t deny I exist bang in the middle of the Venn diagram for Iggy and OPN fandom, so this is fucking lovely, IMO. (8)

Daniel Montesinos-Donaghy: Almost two years ago, I wrote in Singles Club that Daniel Lopatin is incredible at world-building, which makes his music seem more impressive than it actually is. This is quite lovely – his more crunchy elements are softened by honeyed, Lou Reed-esque purrs from his guest. It helps that he is playing in somebody else’s universe, having composed this for Cannes hit Good Time, so he can’t get too bogged down in the minutiae. (7)

Carl Anka: This is some good trailer music. I mean from the time when trailer music wasn’t just the BWONG noise. Iggy is on muted form here and there’s a sad loveliness to everything. (7)

Jibril Yassin: Oneohtrix Point Never is likely one of the most inventive producers of the past few years and Iggy Pop is a damn legend. So it goes without saying this should be good. Its end-of-the-world gravitas does the job. (6)

Tayyab Amin: Sure, this is for its own film but I could totally see this in recent Wolverine movie Logan, which is high praise by association alone. Lopatin’s synths are the most impressive component here – I’m amazed they don’t sound out of place on an old man ballad but perhaps that’s simply a sign of the times. (7) 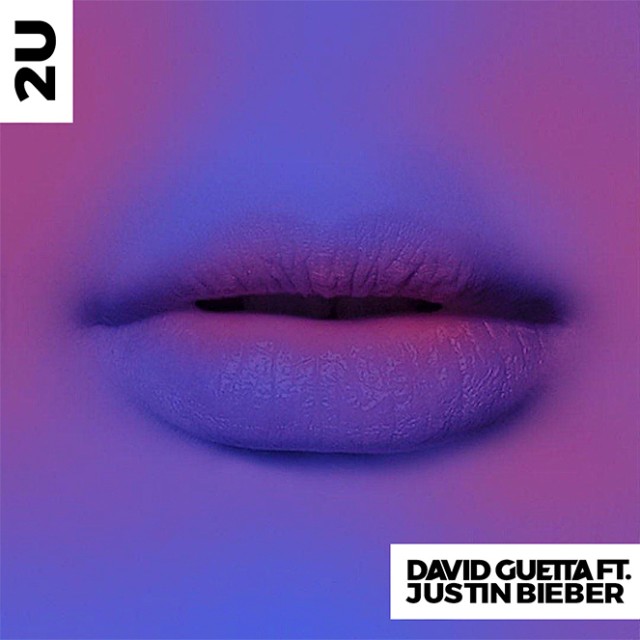 Chal Ravens: There are some total CLANGERS on the lyric sheet here – “I climb a mountain that’s none too steep”? NONE TOO STEEP?! – but oh god I love the chorus! It’s vintage wubstep meets talkbox funk on a bed of EDM risers, overcooked compression and a hint of Oneohtrix Point Never tweakiness. I could listen to it again and again, truly. Also, in terms of the week’s biggest pop singles, we’re now at the point where “at least it’s not fake dancehall” is a major stamp of approval. Well done Dave! (8)

Jibril Yassin: How is it David Guetta has always sounded out of date in every era? Despite that, tapping Justin Bieber to sing on a song clearly modelled after ‘Where Are Ü Now’ was likely the best move he could have made – Bieber has a talent for injecting presence in the dullest of tracks and here, he manages to find some space to do his thing. (3)

Daniel Montesinos-Donaghy: Of the thousand or so attempts that pop music at large has done to rewrite the magic of ‘Where Are Ü Now’, this is the closest in some time from a quality standpoint. However, this will need to break you down in the way that the earlier Skriplo (work it out) collaboration never had to, and that’s a result of Guetta’s aversion to grace and Bieber’s lack of emotional relatability. (This may be projecting my anger at Biebs disrespecting Latinx people by jumping on a reggaeton hit then slotting in “Dorito” as a replacement because, yeah, that sounds Spanish enough. But yeah, I’mma project.) (6)

Carl Anka: The thing about Guetta and Bieber is they both work best as the lightest favor on a track. You like mayonnaise, but you wouldn’t eat a meal exclusively made of mayonnaise. (6)

Tayyab Amin: EDM shows off its wide-ranging tastes here, incorporating vocoder funk, latter-day dubstep and pop vocals into a single playing field with a gentle incline building towards inevitable ‘ecstasy’. Justin Bieber is an unstoppable force for mass culture at present and it really doesn’t matter that there’s nothing singularly Guetta about this one. Put JB on anything at this point and he’ll rock it like clockwork. (6)

Kaitlyn Aurelia Smith – ‘By Your Side’ (Sade cover)

Carl Anka: ‘By Your Side’ is one of the best love songs of all time. But it already lives on the precipice of parody. Any slower, any breathier and you’re just left with watery custard. Which is pretty much what this track is. The Neptunes have the only ‘By Your Side’ remix I recognise. (4)

Chal Ravens: Sade’s voice is so sublime that it’s almost a crime to consider a cover version, but Kaitlyn Aurelia Smith is in a different league to the average wannabe. Those nebulous synth melodies are lush, but it’s the vocal that really sticks – through a dense laminate of harmonies she becomes an almost cyborg-like presence, affectless but weirdly affecting. Winner. (7)

Daniel Montesinos-Donaghy: ‘By Your Side’ covers from best to worst: Beachwood Sparks > this, which is woozily on-point > the Neptunes remix, which I’m saying counts because I make the rules here > The 1975 > Frank Ocean > João Pinheiro, and even that’s quite nice. (7)

Jibril Yassin: As far as Drake/DJ Khaled collaborations go, this one is a bit of an oddball, ignoring current trends to go jook as fuck for a moment. I’m giddy at the nod towards garage and Drake wisely keeps out of the real star’s way: that addictive vocal sample. (7)

Daniel Montesinos-Donaghy: This is good enough, as tossed-off Drake demos usually easily satisfy (heart emojis 4 lyfe @ the ‘Fall For Your Type’ reference track). But it’ll surely live on as a long con to find the one person on Earth that sounds more ridiculous than Drake at saying “MORE TUNES FOR YOUR HEADTOP”. (6)

Carl Anka: Eh. Drake’s phoning in the lyrics and there’s a good 20-second interval where it sounds like a DJ cut from an Ibiza session. This is fine. With a lower case f. Genuinely going to give this an extra point because I enjoy how much Khaled loves Ashad. (6)

Chal Ravens: Every week, another one. Another one. Another one. Another one. Pls, pls – no more another ones, I think every time – and now this! What your idol DJ Khaled has done here, kids, is taken a 2015 Miami jook track, which itself is based on a Jersey club remix of a UK bassline classic, and hired Drake to monotone-drip his “turnt up to the max” shit all over it. So okay, the end result is great, because the beat is undeniable, but let’s take a moment to appreciate the trickle-up system and pay respects to JayO, Jayhood and T2. Go listen to that Jayhood album too. (6)

Tayyab Amin: When will these men quit knocking over cultural cans of worms? There’s been this big debate over whether the song is Miami jook or Jersey club, seeming to sample from both styles – including DJ Jayhood, to even the artist’s surprise. This is another entry in the saga of Drake jumping on UK classics, but where ‘One Dance’ interpolated Kyla’s ‘Do You Mind’ tastefully, here the vocal sample feels like a distraction in the mix. It’s probably just me feeling grouchy and overprotective though: I do love the energy of this one. (6)