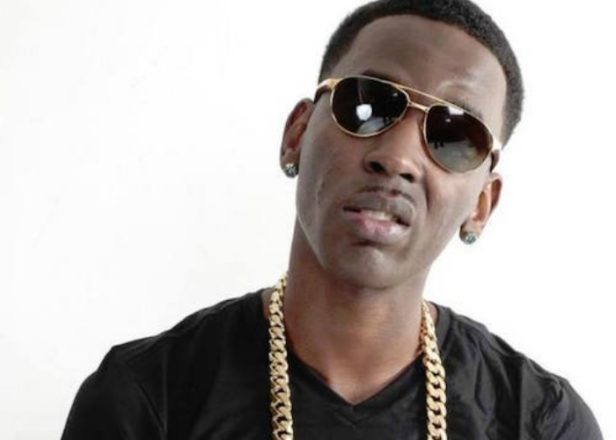 Police responded immediately and the Memphis rapper was rushed to the hospital.

Young Dolph has been hospitalized after being shot multiple time in Hollywood, TMZ reports. According to their sources the wounds appeared to be non-life threatening.

Los Angeles law enforcement sources tell the publication the rapper was outside Shoe Palace at the tourist-heavy intersection of Hollywood and Highland when he was shot. Police responded immediately, though it’s unclear if any arrests have been made or how many possible shooters their were.

Earlier this year, Young Dolph was fired at in Charlotte, NC. Though his SUV was hit over 100 times, he escaped unharmed.

This story is still developing.

Update, Sep 27: A suspect has been arrested and Dolph is stable and recovering.

Corey McClendon has been arrested on suspicion of attempted murder, LAPD Detective Meghan Aguilar has told LAist. He is being held on a $1 million bail while police are trying to identify two other suspects seen at the shooting.

The shooting took place outside the Loews Hollywood Hotel where a fight allegedly broke out involving Dolph and three men. After being shot, the rapper managed to get up and walk into the nearby Shoe Palace across the street. According to ABC, the three men fled in different directions following the shooting. Dolph was in critical condition after being taken to the hospital, but is now stable and expected to recover.

Rumors quickly began that rapper Yo Gotti, who has an ongoing feud with Dolph, may have been involved after news surfaced that he was staying in the Loews Hollywood Hotel. TMZ, who originally broke the story, claim he is a person of interest, which police officials speaking to the LA Times denied.