From Laurel Halo to Nathan Fake, these are the mixes that shone above all others over the last 12 months.

This year, despite the looming threat of SoundCloud’s extinction, the free mixes market has continued to keep us fed, watered and wrapped up from head-to-toe in fiery blends that won’t stop coming.

2017 marked the end of FACT’s long-running weekly round-up and the arrival of an even bigger, better, bolder behemoth that spanned genres, eras and continents to bring you the month’s finest mixes. So without further ado, here are our favorite mixes of 2017, from big gay anthems and Proper Techno to Persian folk and Afro-house bangers.

Sometimes you just need a bracing dose of Proper Techno, and rising Copenhagen star Anastasia Kristensen has delivered that in absolute spades this year. She’s not the first DJ to mix hard-edged modern techno with the breakbeat-led sounds of the early ‘90s, but there’s something about Kristensen’s blends and infectious sense of fun that sets her apart from her peers. We could have picked any of her brilliant mixes this year, but it’s her Mixmag session of vintage Warp cuts, strobe light jams and obscure hardcore that’s had the most rewinds in the FACT office. SW

The Last Night A DJ Saved My Life author dropped a confetti-strewn mix in June that beamed with Pride from ear-to-ear. Created to mark the 50th anniversary of Britain’s decriminalization of homosexuality, Bill Brewster’s celebratory, Gaga-tipped blend pays tribute to all the gay dancefloor belters and divas you love to love, from Sylvester and Chicago to Soft Cell and Robyn, with plenty of remixes thrown in too. “Some of the songs were written or performed by gay men and women,” explained Brewster. “Some of them have a gay theme. Some of them were appropriated by the gay community and became anthems. And some of them are just amazing tracks that were played on the dancefloors of gay clubs.” Throw on something fabulous and get dancing. ACW

The record collection on this DJ, seriously – every time DEBONAIR drops a new mix you know you’re going to be flexing your Notes app to keep track of all the gems. The London DJ’s ‘Sweet Surrender Mix’ for Radio Cómeme was, as she described it, “full of hazy desire and playful dreams for the summer.” However, that didn’t quite capture the headswimmy, near-hypnagogic mood of her ‘80s worshipping session, which charts a course from the exotic electronics of Chris & Cosey through Geneva Jacuzzi’s VHS-warped dreams to a crop of dungarees rave belters, and finally to The Greatest Techno Track of All Time. No wonder we got her in for a FACT mix of her own. CR

DJ Lycox came through as a late contender for Príncipe Discos best release of 2017 with his debut solo album, Sonhos & Pesadelos. To celebrate the LP’s arrival last month, the Portugal-born, Paris-based producer turned in a short, sharp no-frills mix for Crack that blends Afro-house bangers like Os Moikanos’ ‘Ninguém Foge’ with instrumental grime-sounding excursions and uplifting trance synths. A highly hypnotic mix to help you to focus. ACW

After casually dropping one of the best albums of the year with Dust, Laurel Halo turned it up for Discwoman in summer to give us an insight into her varied selection of influences. It’s slippery stuff – from dreamy, daiquiri-sipping piano house to heads-down club onslaught, no transition is predictable and, crucially, even familiar tracks feel subverted in a playful, dérive manner. Listen out for the debut track by Gqom Oh! boss Nan Kolè, a glitchy, glittery gem from Nídia, Sinjin Hawke’s outrageous ‘Nailgun’ and a spooky groove from NAAFI’s Zutzut. SoundCloud users had the final word – comments included “M8”, “!!!” and “woiii”. CR 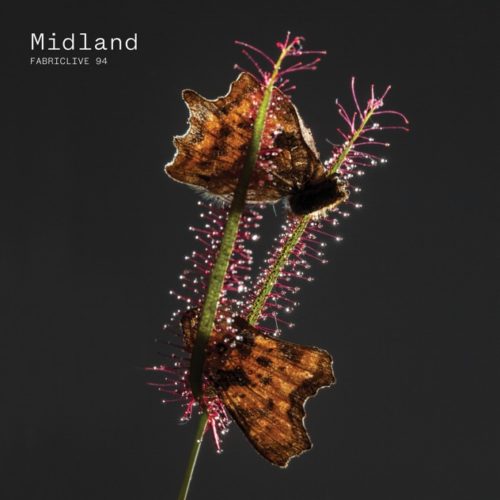 Quietly, and without much fanfare, Midland has grown into one of the world’s best DJs. Fabriclive 94 is a testament to what makes him so great: emotional and esoteric, it navigates strange musical terrain in a way that feels almost populist. Midland’s biggest tune might be a euphoric disco anthem but you’ll find nothing like that here: low-key selections by Georgia, Even Tuell and Leif form the basis of the mix alongside deep, driving cuts from Daphni, Kowton and LFO, twisting and turning in unexpected and delightful ways. SW

LA crate digger and beat conductor Omid Walizadeh paid tribute to his Persian ancestry on his second volume of irreverent, beat tape-style reconstructions of Iranian folk music, originally broadcast on Dublab’s Discostan Radio this summer. ‘Modern Persian Speech Sounds Vol. 2’ hits a sweet spot between the personal and the historical, veering from bleary, dubbed out edits of flute-and-drum grooves to chopped beats hewn from family-style choirs, incorporating a Farsi rendition of Brahms’ “Lullaby” and selections from pre-revolutionary pop star Googoosh. Irreverent, inventive and totally unpredictable, it’s just right for the Madlib or Paul White fan in your life – and you’ll find yourself going back to it again and again. CR

Nathan Fake’s recent Providence is the perfect evolution of everything that made his early material so vital, turning his longstanding influences of ‘90s rave, minimal techno, ambient and IDM into something truly fresh. His mix for RA acts as a companion piece of sorts, hinting at the influences behind the album: classics from Orbital and acid pioneer Armando sit alongside Greg Beato, Samo DJ, Minor Science and Steven Julien. Not many people could get away with deploying Omar-S’ ‘Here’s Your Trance Now Dance’ after an atonal Aphex Twin cut, but Fake makes it look easy. SW

Sold can usually be found playing raucous club sets at the city’s Smartbar with the Hugo Ball crew, but their wide-ranging mix for Blowing Up The Workshop is something quite different. Starting with a pre-Cybotron experiment by Richard Davis and concluding with a pine forest field recording, it packs in atmospheric sounds from Felicia Atkinson and Pan Daijing alongside lots of flotation tank ambient and footwork from Jana Rush and DJ Earl. None of it should work together, but this is one of the year’s most evocative mixes. SW

This is a four-hour mix of blindingly good Detroit techno from 1985 to 1995. Nothing new here, but it’s probably the best distilled introduction to the genre you could ask for, and even if you already know your Belleville Three from your Red Planet, it’s a veritable memberberry banquet served on a glistening silver platter. Veteran scene commentator Woebot has been involved in techno since the ‘80s and acts as a guide through Detroit, mixing chronologically to show the development of the genre through its first three waves. We’re talking Juan Atkins, Derrick May, Carl Craig, Underground Resistance, Kenny Larkin, Dan Curtin, Morgan Geist and much more. Did we mention it’s four hours long? CR

Even more life: How Drake’s 2017 shows us what to expect from his new music next year

After a turbulent 2017, can SoundCloud survive the streaming wars?

Listen to our top tracks of 2017 in one giant playlist