20 best: Hip-Hop records ever made 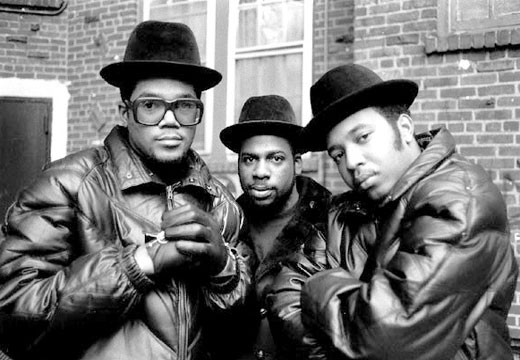 Hip-hop’s original milieu was the block party: a couple of guys taking their turntables down to the park, patching in to the city’s power grid and keeping the dancers entertained until the cops came.

Rapping in the early days, such as it was, was little more than a series of adverts for the DJ: repeating his name over and over again for maximum brand recognition and announcing the locale of his next party. With such a commercial impetus at its core, it is little wonder that hip-hop became primarily a singles medium. And with the music’s immediacy, patchwork construction, catch phrases, stolen hooks and baffling leaps of logic, hip-hop became the ultimate singles genre.

However, hip-hop’s rise from the broken-down streets of the South Bronx to a multi-billion dollar industry has also paradoxically coincided with the demise of the single as a format – nobody but hoodwinked Pop Idol viewers and DJs buy singles anymore. Almost by definition hip-hop is all about extraordinary one-offs, finding that one great beat and riding it to death, coming up with one catch phrase that makes the crowd go “Hoooo”, so shoehorning it into an album culture hasn’t always been the most natural process. Nevertheless, there have been many hip-hop artists who have been able to translate their vision into an album-length statement of intent, who have been able to maintain hip-hop’s raison d’être (that beat or phrase that makes you go, “Oh shit!”) from song to song to song.

These are the albums that are most comfortable with the fact that they are laying down a legacy: that you can party and bullshit all you want on a single, but it’s the albums that people remember 20 years down the line.

More than just the Rosetta Stone of hip-hop culture, the soundtrack to Charlie Ahearn’s film captures some of the most breathtaking moments in hip-hop history: the battle between the Fantastic Freaks and Cold Crush Brothers, Double Trouble musing on their front stoop, Rammellzee reinventing language.

Featuring MCs advertising the next party over incredibly rough and primitive cutting and scratching by Bambaataa and Jazzy Jay and the direst fidelity since Edison’s cylinders, ‘Death Mix’ is hip-hop’s equivalent of cave-painting.

ADVENTURES ON THE WHEELS OF STEEL

Kool Herc may have ‘invented’ hip-hop and Grand Wizard Theodore, the technique of scratching, but none of it would mean a thing without the swing developed by Grandmaster Flash. Flash was the pioneer of the cross-fader, cutting back and forth between records, slicing and dicing them and overloading the mixer’s channels with brilliant, arrogant noise.

Rendering everything that came before them as old school with one fell swoop, Run DMC completely changed hip-hop. Previously, hip-hop records were pretty much party jams with MCs “yes, yes y’allin’” to live funk tracks laid down by studio bands. With little behind them but a drum machine that could crumble a skyscraper at 30 paces, Run DMC made hip-hop that was as hard as New York liked to think it was.

Hip-hop may have been Run’s House throughout most of the ’80s, but Eric B & Rakim definitely jumped the fence and sprayed their musk around the backyard. With its stark minimalism, dub-like sound effects and Rakim’s thoroughly original and influential rapping style – calm, level, didn’t miss a beat and incisive like a surgeon – this album reinvented hip-hop.

One of hip-hop’s towering monuments. Its rhythmic minimalism and fierce tribalism stripped hip-hop to its purest essence and re-asserted the Bronx as hip-hop’s true home in the face of pretenders from Queens.

King Asiatic Nobody’s Equal is just that: perhaps the most complete MC ever. No one has managed to match Big Daddy Kane’s combination of fierce battle rhymes, smooth lover’s rap and Five Percent knowledge. He was jiggy long before Puffy ever got busy, as intimidating as Rakim, dropping Muslim science on Huns before King Sun and as funny as Chris Rock.

IT TAKES A NATION OF MILLIONS TO HOLD US BACK

PE made hip-hop the most vital cultural form of the last 25 years and ensured everybody from college professors to newspaper columnists to lunkhead guitarists sat up and took notice. This album is why: hip-hop as urban noise, as black rage, as punk rock, as revenge fantasy, as community activism, as intellectual rigour.

The most uncompromising vision of life that popular music has yet produced. The first three tracks of ‘Straight Outta Compton’ — ‘Straight Outta Compton’, ‘Gangsta Gangsta’ and ‘Fuck Tha Police’ — are the most powerful records hip-hop has produced, not only lyrically, but sonically: Dre’s drum machines knock you in the solar plexus like a gun butt.

A Salvation Army store of the mind, ‘Paul’s Boutique’ was one of the high water marks of the sampling era. The throwaway references to White Castle and Led Zep on the first album were now a dense collage of name checks, allusions and “B-Boy Bouillabaisse”, enhanced by the Dust Brothers’ thrift-store clutter style of production.

‘The Low End Theory’ found the Tribe attempting to live up to jazz as a process enabling freedom, improvisation, texture and links to a tradition at least a century old. With that in mind, the “low end theory” became more than just a use of the bottom end to move butts (although it definitely was that), but a claim to history and heritage.

The son of jazz trumpeter Olu Dara, Nasir Jones is hip-hop’s chosen one. His status as New York hip-hop’s saviour rests on this masterpiece which is as tense as Public Enemy, as street as NWA and as laden with pure skills as Eric B & Rakim.

The former Bed-Stuy drug dealer was the gregarious court jester who used his quick wit to stave off his heart of darkness. Notorious BIG made his money with MTV-friendly, overweight-lover party raps, but made his rep with his pure mic skills: cinematic details, a hardcore sensibility tempered by a remorseful pathos, and a voice that enveloped the beat.

RETURN OF THE DJ

With the four elements of hip-hop (MCing, DJing, graffiti and b-boying) largely reduced to rapping in the popular imagination, this album almost single-handedly brought back the art of cutting and chopping records and turned it into something new.

Replacing Biggie, Nas and Christopher Walken as the king of New York, Jay-Z is a hip-hop John Woo: chronicling violence and drug-dealing with often breathtakingly vivid detail one minute, but the very next moment he’s sobbing uncontrollably about his Mom – the perfect summation of the gangsta’s mindset.

Opening with a song called ‘Return of the ‘G’’, Aquemini set you up for some big ballin’ and shot callin’, but then hit you with lyrics like, “Return of the gangsta thanks to/Them niggas who got dem kids, who got enough to buy an ounce/But not enough to bounce dem kids to the zoo/Or to the park so they grow up never seein’ the light”. 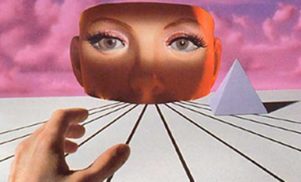 20 best: Hardcore records ever made

20 best: UK psych records ever made 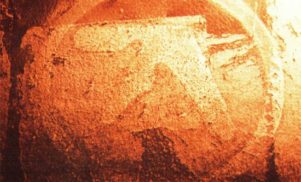 The 20 greatest ambient albums ever made 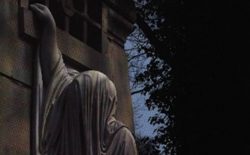 20 best: Goth records ever made 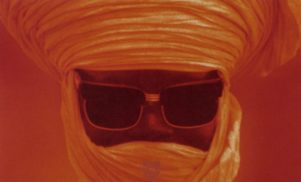 The 20 best UK techno records ever made