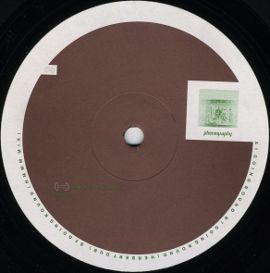 So, this is where it all began for me. As a writhe young 17-year-old boy, being hypnotized by the lovely swirly-whirlyness of ‘Going Round’ for the first time began my lifelong obsession with deep house, and one Mr. Matthew Herbert.

Matthew started producing as Herbert (as well as Radio Boy, Doctor Rockit and Wishmountain, who alas, I just don’t have time or space to go into here, but all individually could fill this article) in 1995. After a 12” on the Back To Basics label, and a string of singles on Phono, Herbert bumped into future missus, Dani Siciliano, on a quick trip to San Fran, and began collaborating.

First dropping in 1997, ‘Going Round’ was the first fruit of the duo’s long-standing alliance, mixing Herbert’s dreamy swingtime with Dani’s sultry vocals. Deep yet euphoric, ‘Going Round’ was how disco should have sounded, with how ecstasy should have felt, all in under 7 minutes, and with no come down or questioned sexuality. The dub is pretty special too. 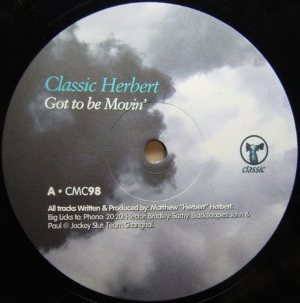 The next logical step on the tour of Matthew Herbert is his 1996 classic, Classic Herbert EP, one of the first classic releases for Derrick Carter & Luke Solomon’s classic label; Classic.

On ‘Got To Be Movin’ and ‘Fat King Fire’ Herbert delivers some of his most straight up bumpin’ house music, and whilst still retaining some of that magic Herbert cheekiness, sound very much like the Chicago deep house illuminati of the mid 90’s, which is no bad thing of course. Anybody who was lucky enough to catch one of Carter’s incredible DJ sets of the time, of which ‘Got To Be Movin’ was a staple, would more than agree with this. However, it’s on ‘Housewife’ where he gives us a quick glimpse of the future, quietly tucked away on B2. The classic Herbert stabs and clipped up madcap percussion are in full effect. 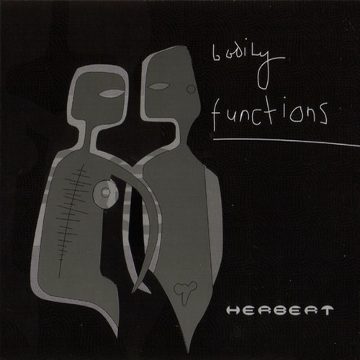 It is at this point I point your attention toward this.

Widely known for performing his first shows with a sampler, a microphone, and a bag of crisps, Herbert’s manifesto (yes, he has a fucking manifesto) states “The use of sounds that exists already is not allowed”. This, coupled with his mild obsession with concepts and themes, bore 2001’s Bodily Functions, an album made from samples of human skin, hair, bones, and even inner organs (eeeewww).

Preceding singles ‘Leave Me Now’ and ‘Suddenly’ yet again married Herbert’s shuffle with Dani’s silky vocals, but it wasn’t until the album’s closing track, and later single ‘The Audience’ that Bodily Functions really started to gain attention. Dani on vocal duties again, but this time they got that bird from the Noisettes (yeah, their first album was like some dodgy 80’s hair rock shit, and yeah, their second album has been on more adverts than Moby, and yeah, I heard she went to that dumb Brits fame school thing, but she is still pretty flippin’ cool) to do some nasty pseudo-lesbian duet thing over Herbert’s deft sample manipulation and epic arrangement. A jazz ethic runs through the album, and shows a little glimpse of his future big band material. 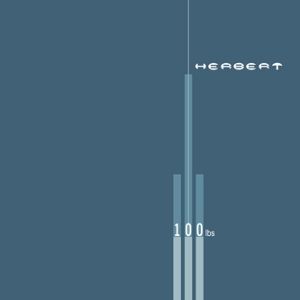 Recently reissued by !K7, Herbert’s debut album from 1996 was essentially a compilation of his first three EP’s on Phono. One thing we have to remember is this was 1996, and most of the album was originally released a year earlier. Tracks such as ‘Take Me Back’, ‘Back To The Start’, ‘Back Back Back Back’ and ‘Mistakes’ sound as fresh today as they did in ’96, and would shine if they dropped on Perlon next week. With this release, Herbert didn’t only successfully pave the way for micro-house, minimal, or whatever they fuck they are calling it these days, he also perfected it. 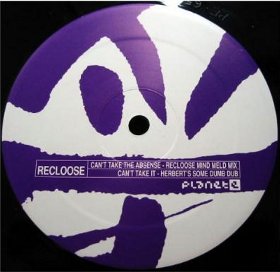 When I heard news that Herbert was doing a remix for Planet E, I spent hours alone in my bedroom touching myself; imagining what would happen when my two beloved and wildly differing worlds joined forces. Surely I would be disappointed, nothing could really be as good as I imagine? The weeks waiting seemed like months. Finally, the release date came, I went to my friendly (HA!) local record shop to pick up a copy, quickly rushed home, rubbed the shrink wrapping against my jeans, pulled out the record, flipped it straight over to B2 and dropped the needle… I have no more words, just go and buy this fucking record. 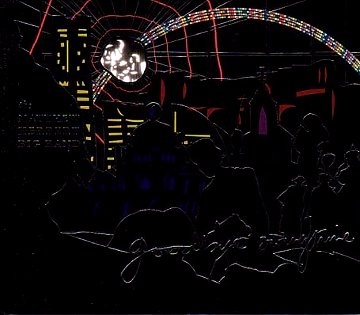 Christmas of 2003 was a good year for all of my friends who were into “shit” music, because they all got the die-cut cardboard loveliness of the Goodbye Swingtime CD by the Matthew Herbert Big Band. They all liked it, but that wasn’t the point.

In 2003, Herbert stepped away from the sampler (but not too far) to score and conduct a full big band for his own Accidental label (all of which is consistently and shockingly good, and all releases should be purchased on sight), and began a string of projects with traditional musicians. Goodbye Swingtime sounds like a cross between Count Basie, and well…Matthew Herbert. 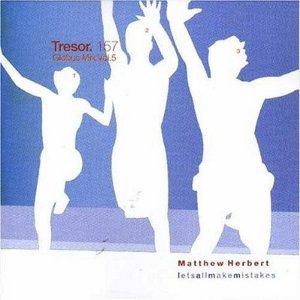 Before podcasts, there were mix CDs. As we had to shell out fifteen quid to hear our favourite DJs play in our bedrooms, mix CDs were a big deal. I whiled many hours away in techno clubs across the country excitedly shouting into strangers ears how The Mayday Mix had changed my life over the noise of DJ Bone cutting up two copies of ‘Shut The Lights Off’.

While not as popular as say, Live At The Liquid Rooms, Decks, EFX & 909s or the DJ Kicks series (before it went rubbish), in my opinion, the Globus mixes were up there, and by far the best one was Herbert’s Letsallmakemistakes CD, with accompanying earth shatteringly amazing ‘Mistakes’ 12” which included three different versions of ‘Mistakes’, the original of which featured on 100lbs (see: entry 4). Issued in 2000 by the German techno elephant that is Tresor, Letsallmakemistakes was dirty, roughly mixed, and just plain wrong. Let’s face it; anybody who mixes ‘Shake It’ into ‘M-Seq’ deserves a Nobel Prize. 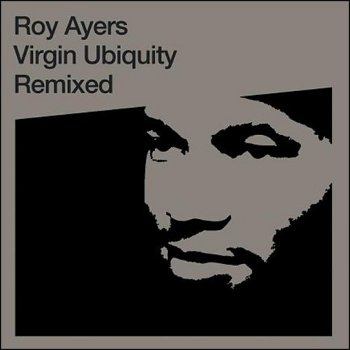 Not chatted too much about Matthew’s more recent work, which is still well good, so should mention a bit of it, eh? Herbert’s remixes are normally pretty badass, and it was actually very difficult not picking more here, but this is a definite standout of recent years. Taken from the BBE issued Virgin Ubiquity project of old Roy Ayers tunes that never made it to wax back in the day, then later remixed by the likes of Pepe Bradock, Osunlade, and of course, our homeboy Matthew. Herbert chops Ayres a big line of ketamine, calls in some hookers, and has a seedy slow motion party! WOOOOOOO! 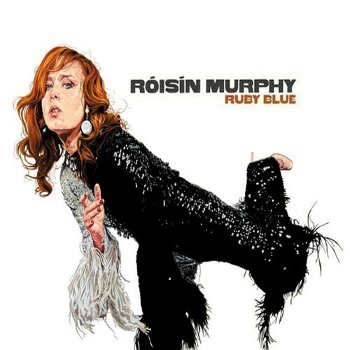 Herbert has produced music for Patrick Wolf, Bjork, and more recently The Invisible, but it was his work with ex Moloko singer Roisin Murphy on her debut solo album Ruby Blue where he really hit the spot. Despite working with somebody who is essentially a pop singer, the music here is pure Herbert, and pushes Roisin to knock out her best material. Herbert & Murphy manage to straddle the rarely straddled divide between the bright lights of Las Vegas and the dankness of grubby European techno clubs.

Preceding the album, the tracks were split up into three vinyl only ‘Sequins’ EPs, all of which feature paintings by Simon Henwood of Roisin in various sequined outfits, coz she is all special and discoey and that. 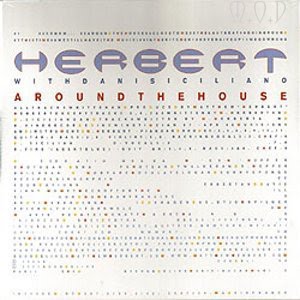 Last, but by no means whatsoever least is Around The House. The album is the first in his long line of concept/found sound projects. From the Plat Du Jour take on food distribution and consumption, to the life of a pig on his upcoming One Pig album, Around The House is based on sounds found around the house. Shocking, I know.

Mashing washing machines and tooth brushes into swingtime, and as always Dani Siciliano taking over vocal duties, the highlights include ‘1’, ‘So Now…’, ‘Around The House’, ‘Close To Me’, ‘The Last Beat’, ‘Going Round’, ‘His Time’, ‘In The Kitchen’, ‘We Still Have The Music’, ‘Never Give Up’, ‘Bedroom Jazz’ and ‘We Go Wrong’. Oh hold on, that’s the whole thing. His first album proper, and in my opinion, his best. Like 100lbs, recently reissued by !K7, so go blummin’ buy it!