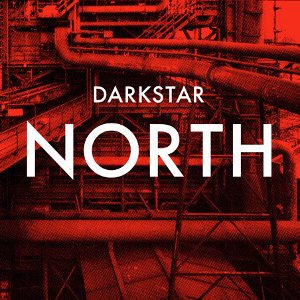 Even from their career’s very outset, Darkstar have appeared to be an act wrestling with an identity crisis. The excellent, intermittent string of singles that they released in their first couple of years saw them generally labelled with the ever-hazy “dubstep” tag by grace of their choice of tempo and 2-step beats. Yet even on those early releases Darkstar’s music had an emphasis on melody and emotiveness that set them apart from their peers. Their last offering, ‘Aidy’s Girl is a Computer’, was one of the finest tracks of 2009 and saw Darkstar step even further from away from the bass music template. With its melancholic percussion and fractured, computerised vocal it felt like a heartstring-tugging ballad desperately trying to break out of the confines of computer-based, dancefloor-friendly production.

When FACT interviewed the then-duo of Aiden Whalley and James Young towards the end of ‘09 it only served to emphasise the image of Darkstar as an act confused about their own position in the musical landscape. Here were two former Northerners living in London, with a simultaneous taste for guitar bands, hip-hop and garage evidently struggling to work out how to absorb all of these influences into their own output. Meanwhile, their confessed love for computers was seemingly contradicted by a fear of losing the human elements to their music. In that interview they stated that their debut album would be released in early 2010 and hinted that it may be quite a departure from earlier singles.

Evidently a lot has changed for Darkstar since 2009. To say that North is a departure is an understatement; it’s less of a departure, more of a total reinvention. At some point last winter what existed of the original record was semi-abandoned. Darkstar ceased being a production duo and – by adding a full-time vocalist, James Buttery – became a fully fledged band. Listening to North, bass music is no longer even a reference point; dance music has made way for melancholy, experimental synth-pop. In the ten months since their debut was originally due Darkstar have completely reimagined themselves – and in the process they’ve produced what may well be the album of the year.

Lead single ‘Gold’, a cover of a Human League B-side, is a good starting point for discussing the new-look Darkstar. They tackle the reworking in a similar vein to their take on Radiohead’s ‘Videotape’, which appeared on a Mary Anne Hobbs compilation last year. Through the centre of the track runs a melody constructed of retro-‘80s synths and computerised piano, yet the rhythm is provided by a relatively glitchy, modern sounding beat. Vocal-wise they’ve flipped their old tricks on their head: whereas ‘Aidy’s’ was built around a computerised voice tweaked to add human emotion, now Buttery’s organic vocal performance is produced in a glitchy, mechanised way so as to sound as if he has been absorbed into the machine.

‘Gold’ makes for a good entrance point to North because it serves almost as a template for the rest of the record – ‘80s pop, stripped of all the big budget recording-studio sheen and reimagined via modern, downbeat electronica. Tracks like ‘Under One Roof’, ‘Two Chords’ and ‘Dear Heartbeat’ have the feel of forgotten hits from the heyday of synth-pop, yet with an added sense of computerised claustrophobia and isolation brought about by the glitch production applied to Buttery’s cold, melancholy vocal performance.

‘Aidy’s’ appears, unaltered, as the album’s centre piece, and still holds its own as one of the best songs of recent years. Yet where a year ago it heralded the possibility of emotive new pastures for Darkstar, it’s now the only link back to their old sound; far and away the most danceable, beat-driven moment of the record. Title track ‘North’, on the other hand, adds a slightly industrial, trip-hop-esque element to Darkstar’s new sound palette. ‘When It’s Gone’ is the only other glimpse back to the band’s former selves, reprising the synth riff and vocal melody from former single ‘Squeeze My Lime’, but reimagining the song as a shimmering, piano-led outro to the album.

What makes North fantastic, however, is that it’s an album that sounds so unsure of itself; almost lacking any self confidence. While Darkstar are by no means the only act this year to make a great record via the repurposing of ‘80s sounds, unlike many of their peers who have appeared happy to ride the wave of hypnagogic/witch-house/DJ Screw-revival trends, North feels like it has no ambitions to be particularly cool or fashionable. Instead it sounds like what it is; an album created on a low budget by a couple of former bass-musicians suffering an identity crisis in a small London flat. The result is an incredibly fragile, engaging and emotionally driven record. North is an impressive debut and one of the most unique albums you’re likely to hear in 2010.