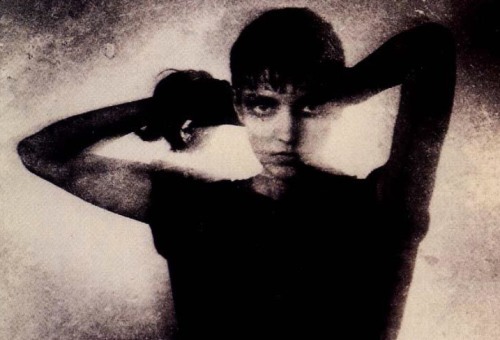 4AD was founded in 1980 by Ivo Watts-Russell, back when he was managing several London branches of the Beggars Banquet record store chain. Beggars were starting their own label, and Watts-Russell and his similarly enthusiastic, know-it-all colleague Peter Kent were given their own sub-label, Axis, to keep them busy.

Soon Axis had been rechristened 4AD (1980 FORWARD / 1980 FWD / 1984 AD / 4AD goes the curious etymology), and was functioning as a separate business entity, operated by Watts-Russell alone (Kent had left to concentrate on his own solo label venture, Situation Two). Over the ensuing decade and a half Watts-Russell would establish the 4AD as one of the most exciting and original British independents going, signing numerous keys acts of the era – including Cocteau Twins, Dead Can Dance and The Birthday Party. The guide to “essential” 4AD records that you’re about to read focusses on the first 10 years of the label’s life, before Watts-Russell began to look increasingly to America for interesting charges, and before he sold the company back to the Beggars Group in ’97 (under whose care it continues to prosper today, providing a home for artists as diverse as Ariel Pink, Zomby and Gang Gang Dance).

The last couple of years has seen a surge of renewed interest in 4AD’s classic era, with a number of contemporary artists paying tribute. In some cases, the debt is obvious – Zola Jesus’s gothic torch-songs explicitly channel the Cocteaus and Dead Can Dance – while in others it’s more unpredictable, be it Raime playing Rema-Rema in their DJ mixes, or Rockwell chopping up This Mortal Coil’s ‘Song To The Siren’ for his avant-d’n’b anthem ‘Aria’. Over the next 10 pages we salute the ornate and filigreed house that Ivo built. 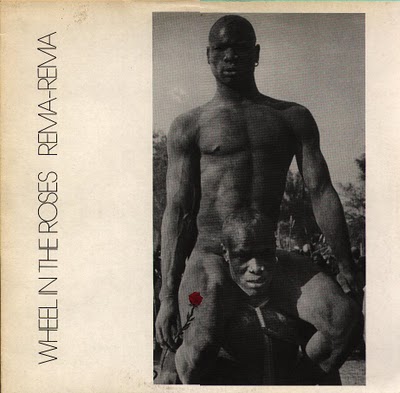 One of the earliest releases on 4AD was this terrifically packaged EP of abject, self-loathing slime from Rema-Rema – Gary Askwith, Mark Cox, Dorothy Max-Prior and Mick Allen. Having discharged this, their one and only release, the group’s key members formed another depressive, short-lived 4AD act, Mass, before Cox found stability with The Wolfgang Press; Askwith, one of the 80s underground’s most fascinating figures, resurfaced as one third of industrial dub rabble-rousers Renegade Soundwave. Two tracks from Wheel In The Roses – ‘Fond Affections’ and ‘Rema-Rema’ – were covered, by This Mortal Coil and Big Black respectively, sealing its cult status. 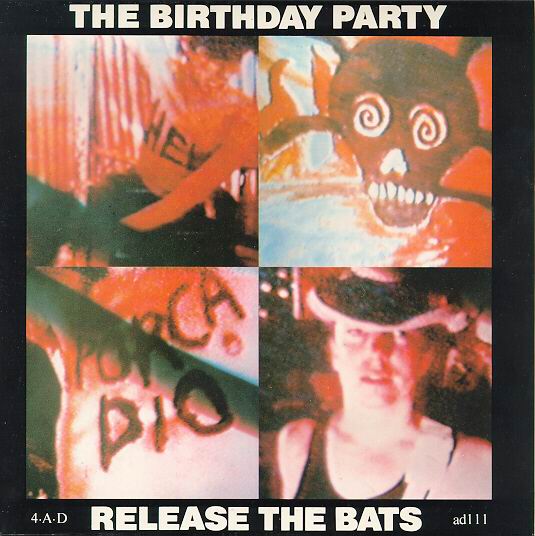 The Birthday Party was the signing that first made people wake up and pay attention to 4AD – indeed, it was their presence on the roster that drew ardent fans the Cocteau Twins in – but the band’s chaotic, fire-and-brimstone art-rock nonetheless had little in common with the cinematic sensuousness that would come to define the label. The lurid, sexually-charged imagery conjured by Nick Cave on ‘Release The Bats’ would prove hugely influential on the nascent goth scene. 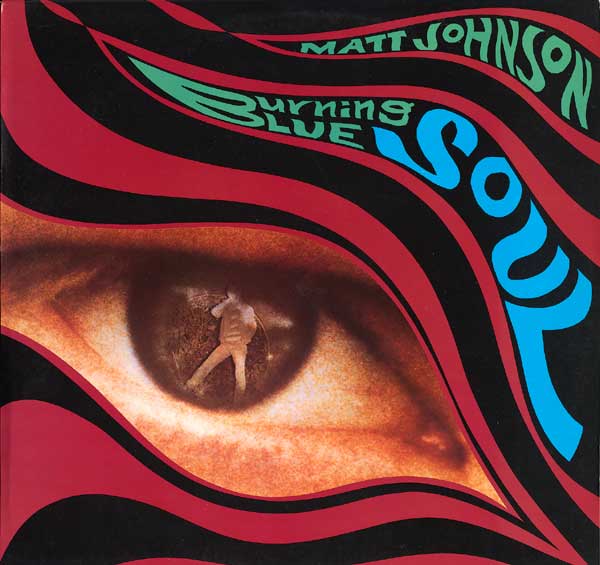 Depending on who you ask, Matt Johnson’s The The was either one of the 80s’ most vital and expressive groups, or one of its most unbearably bloated and pretentious. One thing we can all agree on is that Johnson recorded one all-time classic pop single (1983’s ‘This Is The Day’) and a debut album of incredible verve and originality, 1981’s Burning Blue Soul. Credited to Matt Johnson – it would later be re-released as a The The LP, comprised of vastly inferior mixes – Burning Blue Soul combines MJ’s caustic vocals with raggedly anthemic guitar riffage, disorienting tape loops and droning electronics. ‘Red Cinders In Sand’ is a revelation today, sounding like Talking Heads if they’d spent some time bunking at Throbbing Gristle Martello St residence. 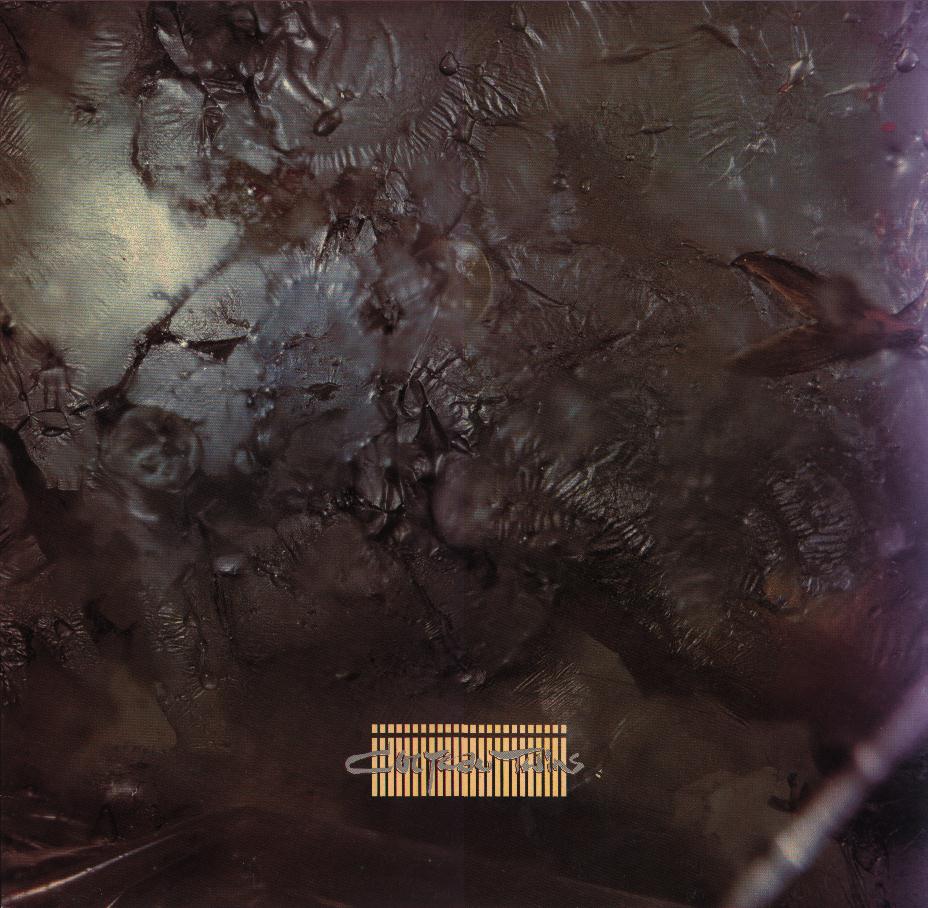 Probably the band most readily associated with 4AD, and synonymous with “the 4AD sound”, Cocteau Twins hailed from Grangemouth, Scotland. Having debuted with the Watts-Russell-produced Garlands, the Cocteaus went back into the studio with engineer John Fryer to record the follow-up, Head Over Heels. At once their poppiest (see ‘Sugar Hiccup’) and most laconically experimental effort, HOH is arguably the finest document of the Cocteaus’ oft-copied, rarely matched ethereality – never has Robin Guthrie’s reverbed guitar roamed so wide, or Elizabeth Fraser’s vibrato vocal soared so high. The Cocteau Twins would go on to release a further five albums – all are worth hearing, though the compilation Stars and Topsoil is a neat entry-point for the curious – and influence myriad artists, genres and scenes, from goth and shoegaze to ambient, techno and beyond. 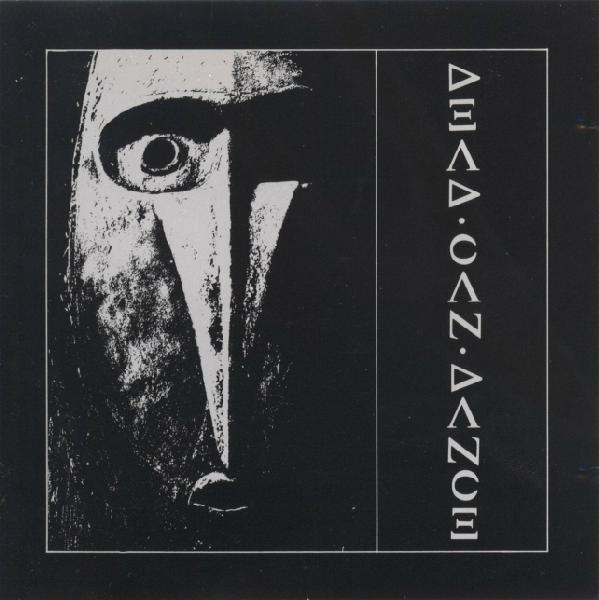 Having been well and truly out of fashion for a decade or more, it’s gratifying to see Dead Can Dance being re-accepted as a band of the utmost importance and singularity. The achievements of Australian duo Brendan Perry and Lisa Gerrard really can’t be overestimated, their yolking together of non-Western and ancient music influences (not least the diaphonic vocalisations of rural Bulgaria, famously captured on Marcel Cellier’s 1975 Le Mystère des Voix Bulgares recording project, which 4AD reissued), with ambient electronics and arcane instrumentation resulted in some of the 80s and 90s’ most ravishing, boundary-pushing albums. The band’s first, self-titled LP, is not their best, but it’s their least polished and therefore most intriguing: its thin post-punk wiring is exposed for all to see, its ethno-religiosity more implied than explicit, and anchored in the everyday. 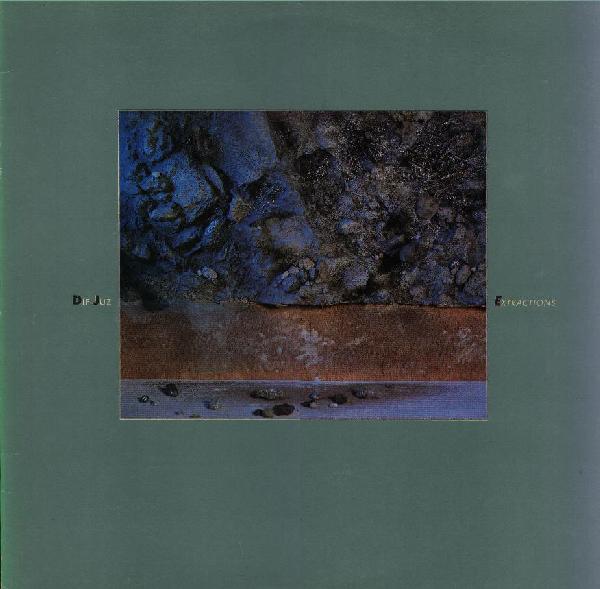 A delightful, little-known album, produced by Robin Guthrie and performed by a talented bunch of dub-fixated musicians who it’s now possible to see as precursors to the post-rock movement of the 1990s. A strange, intoxicating collage of jangly guitar arabesques, plaintive jazz horns and synthetic ambience, strongly recommended – if you can put up with it unrelenting politeness. 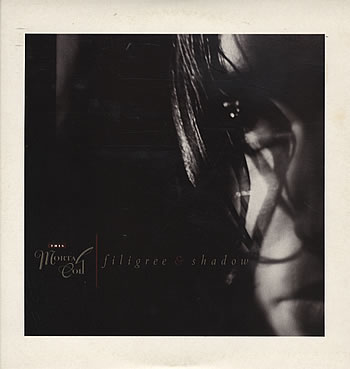 This Mortal Coil was a covers-oriented studio project formed by 4AD boss and non-musician Ivo Watts-Russell (described by Cocteau Twins’ Simon Raymonde as “like a pied piper, with extraordinary taste”) to bring to life his most fevered sonic imaginings. Under the direction of Watts-Russell, enabled by friend and supremely talented engineer John Fryer, TMC’s first album, It’ll End In Tears, had drawn heavily on the talents of Dead Can Dance’s Lisa Gerrard and Brandon Perry, and Cocteau Twins’ Elizabeth Fraser and Robin Guthrie, but due to various creative frictions and financial disputes, these rising stars declined to be part of the follow-up.

Undeterred, Watts-Russell called upon a cast of relative unknowns – including Breathless’s Dominic Appleton, Alison Limerick and the Rutkowski sisters – to record TMC’s most ambitious and satisfying work, the double-album Filigree & Shadow. If ever there was a record that could be accused of taking itself too seriously, it’s F&S, but its moments of beauty are real and resplendent enough for it not to matter – especially on the rousing renditions of Gene Clark’s ‘Strength Of Strings’ and Gary Ogan’s ‘I Want To Live’ and the apocalyptic, instrumental original ‘The Horizon Bleeds And Sucks It Thumb’, written by Mark Cox (Rema-Rema, Mass, The Wolfgang Press). TMC remain best known for their Liz Fraser-vocalled version of Tim Buckley’s ‘Song To The Siren’ – released as a single in 1983, David Lynch sought to license it for the Blue Velvet soundtrack, but was rebuffed by Buckley’s estate (he later got to use it for 1997’s Lost Highway). 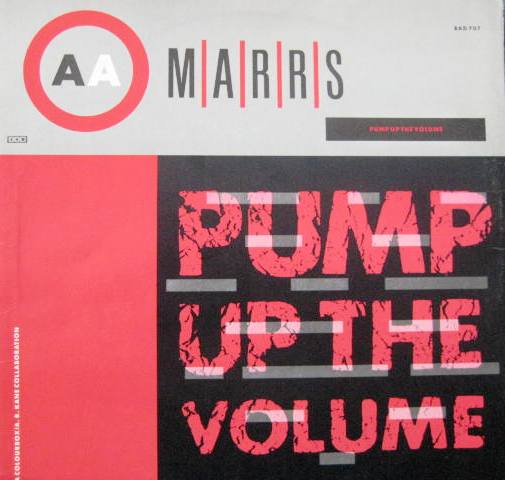 The ultimate anomaly. 4AD unwittingly contributed to the UK’s acid house explosion when they released ‘Pump Up The Volume’, a one-off collaboration between members of Colourbox and A.R. Kane. It sold massively well and secured a #1 chart placing; intra-band squabbling and a writ from Stock, Aitken & Waterman for an uncleared sample closely followed. “Success changed everything,” Watts-Russell recently said. “Everyone’s expectations were different afterwards.” 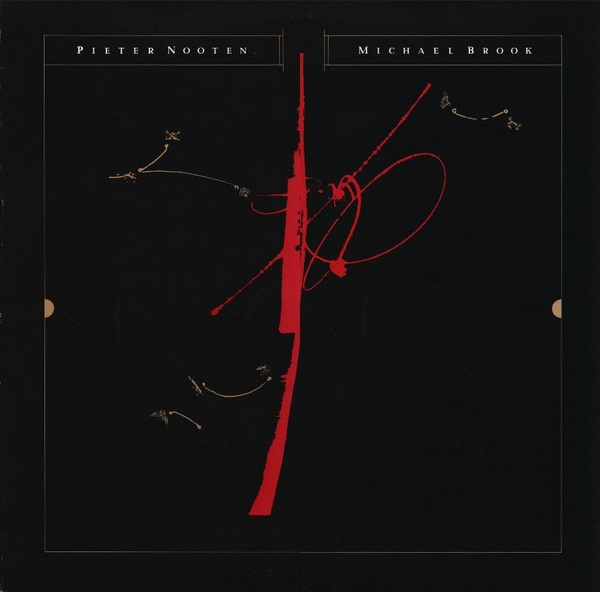 An underappreciated diamond in 4AD’s 1990s catalogue, Sleeps With Fishes saw Ivo Watts-Russell pair Pieter Nooten, erstwhile frontman of forgettable Dutch goth-gazers Clan Of Xymox, with Toronto-born guitarist, composer and producer Michael Brook. Brook had already collaborated with Brian Eno and Daniel Lanois on Hybrid (Editions EG, 1985) and with U2’s The Edge on Captive (Virgin, 1986), but neither of those offerings convinces today as much as Sleeps With The Fishes, to which Eno contributes some of his most quietly majestic synth work. Nooten’s darkly romantic writing, even in instrumental mode, is what makes this an ambient album of rare emotional heft, supplying a gravity to match the dazzling weightlessness of Brook’s “infinite” guitar textures. 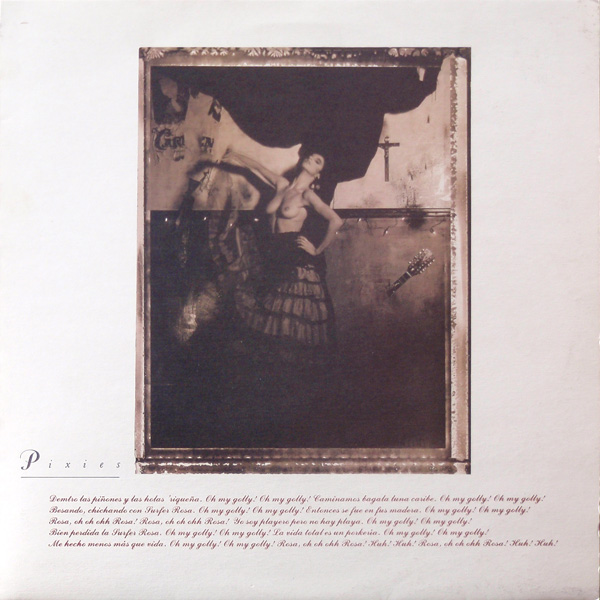 The 1990s would see Watts-Russell focus increasingly on American artists – the likes of Throwing Muses, Breeders and Red House Painters. His timing was perfect, for the post-hardcore era of alt.rock © was dawning: a now hard-to-imagine blip in history when fairly adventurous guitar groups could shift hundreds of thousands, even millions, of units, provided they had real or fudged American accents and a penchant for perky power-chords. Nor could Watts-Russell be accused of bandwagon-jumping: he picked up on the power and appeal of the Pixies very early on, and released their debut album proper, Surfer Rosa. Steve Albini, who recorded the LP, later described it as “a patchwork pinch loaf from a band who at their top-dollar best are blandly entertaining college rock” – perhaps a little unkindly.