Rising dubstepper J:Kenzo on the current scene and the enduring beauty of the 808

J:Kenzo – ‘Cosmo’ J:Kenzo will be appearing at FOUND in Vauxhall this Friday – info here – for a night of ‘05-indebted dubstep. Appearing alongside the likes of Deep Medi’s Kromestar and Tunnidge is par for the course for a producer whose releases on the likes of Tempa, Dub Police and Roska’s Kicks & Snares […] 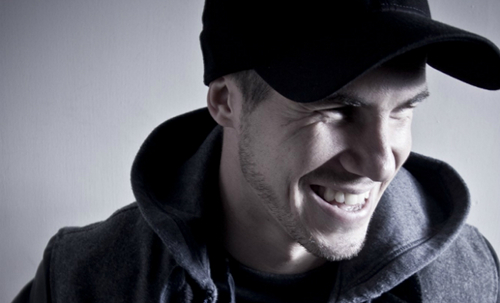 J:Kenzo will be appearing at FOUND in Vauxhall this Friday – info here – for a night of ‘05-indebted dubstep.

Appearing alongside the likes of Deep Medi’s Kromestar and Tunnidge is par for the course for a producer whose releases on the likes of Tempa, Dub Police and Roska’s Kicks & Snares have consistently leaned towards the meditative. We spoke to the fast-rising producer about the state of the current scene, his formative experiences and the beauty of the 808.

You feel like a bit of a rarity these days – an artist who’s still pushing that sub-driven, really pure sounding brand of dubstep. Does it sometimes feel like you’re increasingly part of a minority?

J:Kenzo: “Not really – if anything I would say there are more artists coming through that are making the true dubstep sound. I believe the underground scene in dubstep is very healthy which is good to see. Obviously the commercial scene will always be in the limelight whilst it is popular, but I’m finding a lot more people are searching for something with a bit more substance”.

How did you get into producing music?

JK: “I started pretty late, I was 26 when I made my first beat. It was listening to dubstep that gave me the inspiration to start creating music, working with sub bass and soundscapes – I suppose like creating music for movies”.

When you started producing, was there a particular moment that made you think ‘right, this is what I’m gonna start doing?’

JK: “Yeah, hearing Digital Mystikz’s ‘Haunted’ tearing down a dance, and also Scuba’s ‘Harpoon’ – two tracks from different ends of the scene that made me really feel like this is for me”.


“People are searching for something with a bit more substance.”

Music aside, what’s your background? Where do you come from, what do you do outside of music, so on and so forth?

JK: “I come from a hard working family who are very music orientated and that filtered through from an early age. I’m into sports, mostly football and mixed martial arts and I also have a huge love for films – anything from Sci-Fi to Comedy”.

How would you describe your sound? To me, it’s always seemed a bit slinkier than a lot of dubstep – and you had that tune ‘Cosmo’ in 2009, long before everyone started using 808 samples again.

JK: “It really is hard to describe in words. You’ll hear plenty of different influences from my productions, bits of jungle, soul, hip hop, techno, reggae & garage. I’ve been using 808 and 909 samples from when I started. To my ears you can’t beat them and It’s good to hear the electro drum machine sound that is popular at the moment influencing a lot of new and upcoming producers into making good music”.

Do you think it’s that drum-driven style that got you producing on a label like Roska’s? To many people that might seem like an odd fit.

JK: “Yeah some people can’t get their head around why I make the more house/techno tracks. It’s just being a producer and experimenting with different styles. A lot of the Guttershake tracks that wrote on the recent releases were done back 2008 and I just didn’t think anyone would be feeling them until Roska picked them up for Kicks & Snares”.

It seems like Youngsta playing your tracks on radio is where a lot of people first heard of you – did he pick up on you pretty early?

JK: “I didn’t start sending beats to Youngsta until the end of 2010 so it’s been only recently that we have got to know each other. I’d been trying to get music to him for a long time. He is the man, without his push and exposure on my music I would still be unknown to a lot of the dubstep scene. His quality control is second to none and he is the guy to give you good honest advice on mixdowns and arrangement”.

You recently started using a new alias for tracks closer to house and techno tempo. Are you more into that side of things than you used to be?

JK: “I do enjoy making that side of things, It basically gives me the freedom to create whatever I like at 128-130bpm. I will definitely be making more music on this tip in the future”.

What should we probably know about J:Kenzo that they don’t already know?