Music for “warehouses in the middle of f***ing nowhere”: the darkly atmospheric jungle of John Graham revisited. 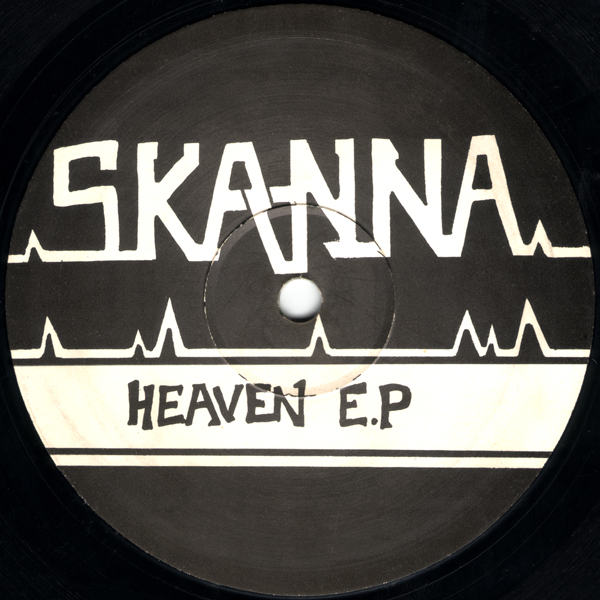 Between 1992 and 1995, Skanna – real name John Graham – released eight 12″s that constitute one of the finest, most watertight bodies of work in drum ‘n bass. Without shorting on roughneck energy, even his early hardcore productions have depth and nuance way beyond the will-this-do norm, and come 1993, he was making “intelligent” drum ‘n bass arguably more sophisticated and fully-realised than anything coming out of the Good Looking camp.

If you’re new to Skanna’s work, then the best place to start, and the most economically viable, is Sublogic Recordings’ 2008 compilation, The Skanna Collection Volume One. Resisting any completist tendency, this 2×12” instead focuses on four key tracks from the Skanna catalogue, affording each a side of vinyl to itself. Beginning with the caustic bleeps and glutinous diva moans of  ‘Night Stalker’ (from the 1993 EP of the same name) and ending with the more stylish, self-contained minimalism of the Source Direct-esque ‘Find Me’ (1995), The Skanna Collection Volume One isn’t just a valuable introduction to one producer’s work, it effectively documents hardcore’s transformation into drum ‘n bass.

At the heart of The Skanna Collection Volume One are two tracks taken from 1993’s Heaven E.P: ‘Heaven’ and ‘This Way’. I’ve chosen to feature this EP rather than the compilation that first led me to it, partly because it’s an even more focused expression of Graham’s talents, but also because it has way better artwork: all black-and-white felt-tip graphics rendered in the crudest ardkore style, with the B-side given over to a pair of malevolent eyes and raised fists fashioned out of, or at least powered by, electrocardiogram waves. The implication seems to be that this record is going to shock you out of the doldrums and back to life, and that it won’t necessarily be a painless procedure.

Despite the cartoon evocation of menace on the labels, this isn’t a darkside jungle record, or at least it’s not just a darkside jungle record. Richard X, writing in FACT many moon years ago, summed up hardcore perfectly as a “sonic rollercoaster of high-upon-high”. While most proper hardcore records are the kind of rollercoasters you find at Hull Fair – shoddily crafted, luridly painted, operated by a gurning halfwit, with most of the exhilaration arising out of the fact that you genuinely fear for your life – Skanna’s ‘Heaven’ is like one of those big-budget, high-concept numbers at Alton Towers or its equivalents. Just as on, say, Nemesis, every bend and build and drop on this track is precision-engineered to thrill you, to elicit a specific bio-chemical response.


Most hardcore records are the kind of rollercoasters you find at Hull Fair – shoddily crafted, luridly painted, operated by a gurning halfwit.

It begins in suspense mode, string-pads hanging like a warning over a high-velocity 4/4. A tough, tumbling breakbeat (basically a reinforced version of what you hear in Acen’s ‘Trip To The Moon’) takes control, but offers no release; for that, you have to wait for the pitched-down mentasm riff which arrives a few moments later and is so ferocious, so full-frontal, that you have to stifle a smirk when it drops – a bit like when you were confronted with a deadly but ungainly end-of-level-boss on an old platform beat-‘em’up.

The smirk is soon wiped of your face, though, such is the devastation that it wreaks: it’s like Hollywood-rendered intergalactic warfare, the sound of alien compounds being strafed with laser fire, of entire planets being blown apart. Most producers who had happened on a hook this strong and image-stirring would immediately clock off and head down the pub, leaving the rest of the track under-arranged. Not Graham: he works hard to make sure ‘Heaven’ is just as buoyant when it’s pulling back as when it’s surging forward, deploying melodic sub-bass tones and a sampled female vocal declaring “Oh I’m in heaven baby”, apparently uncertain whether rapture or torture awaits her there.


It’s like Hollywood-rendered intergalactic warfare, the sound of alien compounds being strafed with laser fire, of entire planets being blown apart.

‘Run To Me’ is a slight to return to hardcore fundamentals. To begin with, it sounds rather workmanlike, not much more than a competent Amen rinse-out. Come the breakdown, though, we’re reminded how in control of his art Graham is, as he coaxes low-slung funk out of the space between hectic drum choppage and lumpen, swampy chords, accenting it all with eerie synths and chipmunk vocal pressure. It’s a killer track, mean as a malnourished pitbull, reminiscent of  – and doubtless influenced by – Rufige Cru’s early 12”s. 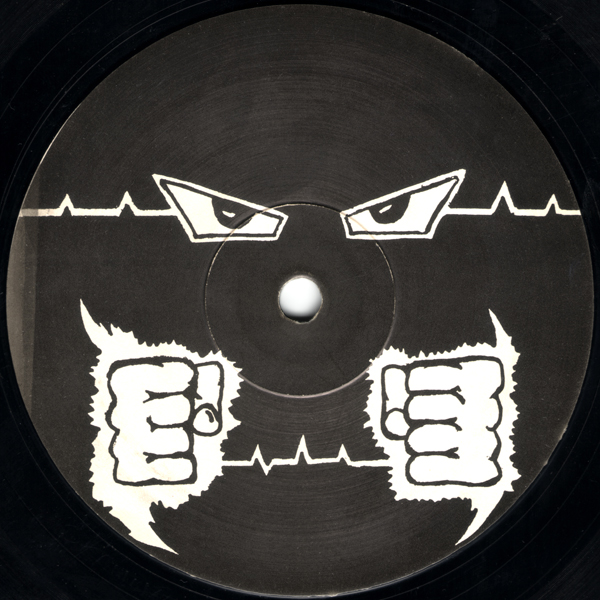 The 12″ concludes and climaxes with ‘This Way’, a jungle track of rare elegance and musicality – given that it’s allowed the entire B-side to stretch itself at 45rpm (‘Heaven’ and ‘Run To Me’ are both squeezed on to the A at 33), we can assume Graham was proud of it. Its rising strings are as moody as anything coming out of Detroit at the time, but the piano melodies that dance daintily across them exhibit a soul-boy sentimentality quite unique to Britain’s rain-grey suburbs. The persistent, low-flying bass drones and splashy, intricately arranged breaks ensure things don’t stray too far into tepid jazz waters, but Graham’s most inspired touch is his sample of Carol Wheeler singing “This way…”, lifted from the acapella of Soul II Soul’s ‘Keep On Movin’. In wrenching the words out of their original context, Graham invests them with a plangent new significance, and boots the whole production skywards.

Skanna could have, and should have, continued to develop beyond 1995 – on the evidence of the 12”s that do exist, Graham had it in him to produce a genre-defining LP – but sadly he became distracted from “jungle or whatever” (his words) by his more commercially successful Quivver project (of ‘Saxy Lady’ notoriety), and continued down that path, founding mirthless prog-trance outfit Tilt (their 1999 track ‘Invisible’, co-written by Paul Van Dyk, brought them Top 20 success in the UK). Since then he’s dusted down the Skanna handle for a couple of halfhearted remixes, but nothing he’s released in the last 16 years comes close to matching that early material in terms of production finesse, underground attitude or transcendental energy. The real Skanna was born and died in – to quote a note of dedication on The Skanna Collection Volume One – “the good old shady days at the Eclipse and Shelly’s and at warehouses and fields in the middle of fucking nowhere.” He deserves a garlanded afterlife. 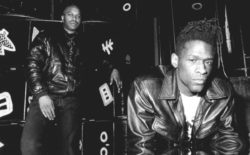 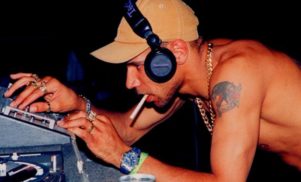 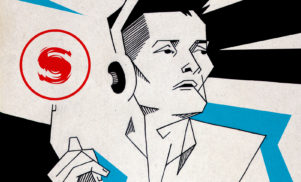 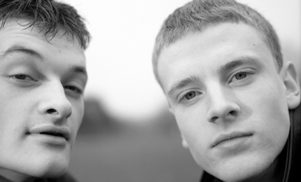 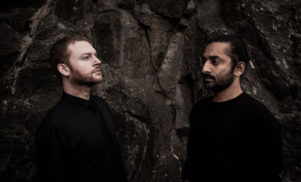 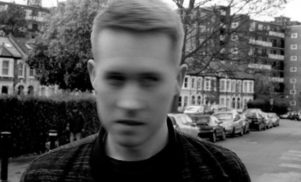 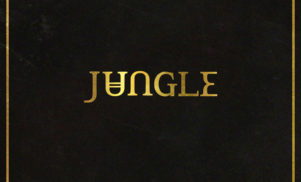