Monolake on how we cope with death: mythologies, rituals, drugs and Ghosts

“Hi Sharif, please get in touch with me as soon as you can. Things got a bit out of hand here and I need to talk. “Don’t use the mobile phone, simply come by and tell the guard you’re bringing in replacement parts for the solar panel. Don’t come after sunset and don’t take the […] 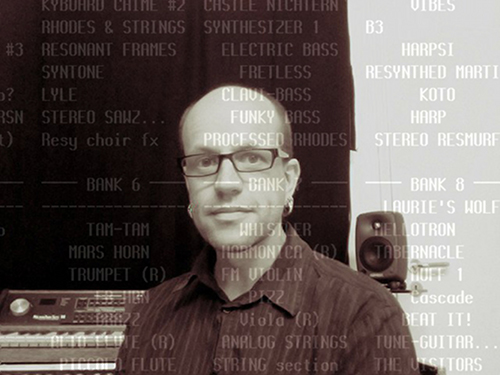 “Hi Sharif, please get in touch with me as soon as you can. Things got a bit out of hand here and I need to talk.

“Don’t use the mobile phone, simply come by and tell the guard you’re bringing in replacement parts for the solar panel. Don’t come after sunset and don’t take the northern entrance. You know where to find me.”

So concludes a disquieting piece of short fiction written by Robert Henke to accompany Ghosts, his new album as Monolake. The text and the music, Henke says, are two different “windows to a bigger drama”.

The eighth Monolake full-length to date, and the first since 2009’s pensive Silence, Ghosts is a shattering piece of work. The title of the album was the first thing to come to Henke; the word ‘Ghosts’ appealed not because of any one meaning, but because of its manifold associations and connotations. He began to think of the sounds he was creating in the studio as “whimsical little creatures, potentially mean or helpful spirits”, phenomena operating at the edge of human perception.


“Don’t come after sunset and don’t take the northern entrance. You know where to find me.”

Ghosts is a seance of sorts, but it’s no hushed affair; on the contrary, it’s a reaffirmation of Henke’s enduring love of bold dance music structures. The title track recalls the darkly imperious jungle-techno of early Ed Rush and Exorcise The Demons-era Source Direct, while ‘Lilith’ is an unusually vivid but essentially unreconstructed drum ‘n bass roller, and ‘Hitting The Surface’, ‘Afterglow’ and ‘Discontinuity pick up the steppers’ techno thread running through the classic Monolake duo LPs, Interstate (1999, with Gerhard Behles) and Polygon Cities (2005, with Torsten ‘T++’ Profrock). These dynamic rhythm tracks are all the more powerful and persuasive for being placed in the context of eerier, more exploratory compositions like ‘Phenomenon’ and ‘Taku’.

Ghosts is released on February 27, and Henke is about to embark on his Ghosts In Surround tour, in which he’ll be presenting the music of Ghosts in immersive surround sound with suitably hallucinatory visual accompaniment from Tarik Barri; confirmed dates include a show at London’s Fabric on March 1 with support from Peverelist.

Haunted by the prospect of it all, FACT’s Tim Purdom spoke to Henke about the artist’s fascination with with forces from beyond. 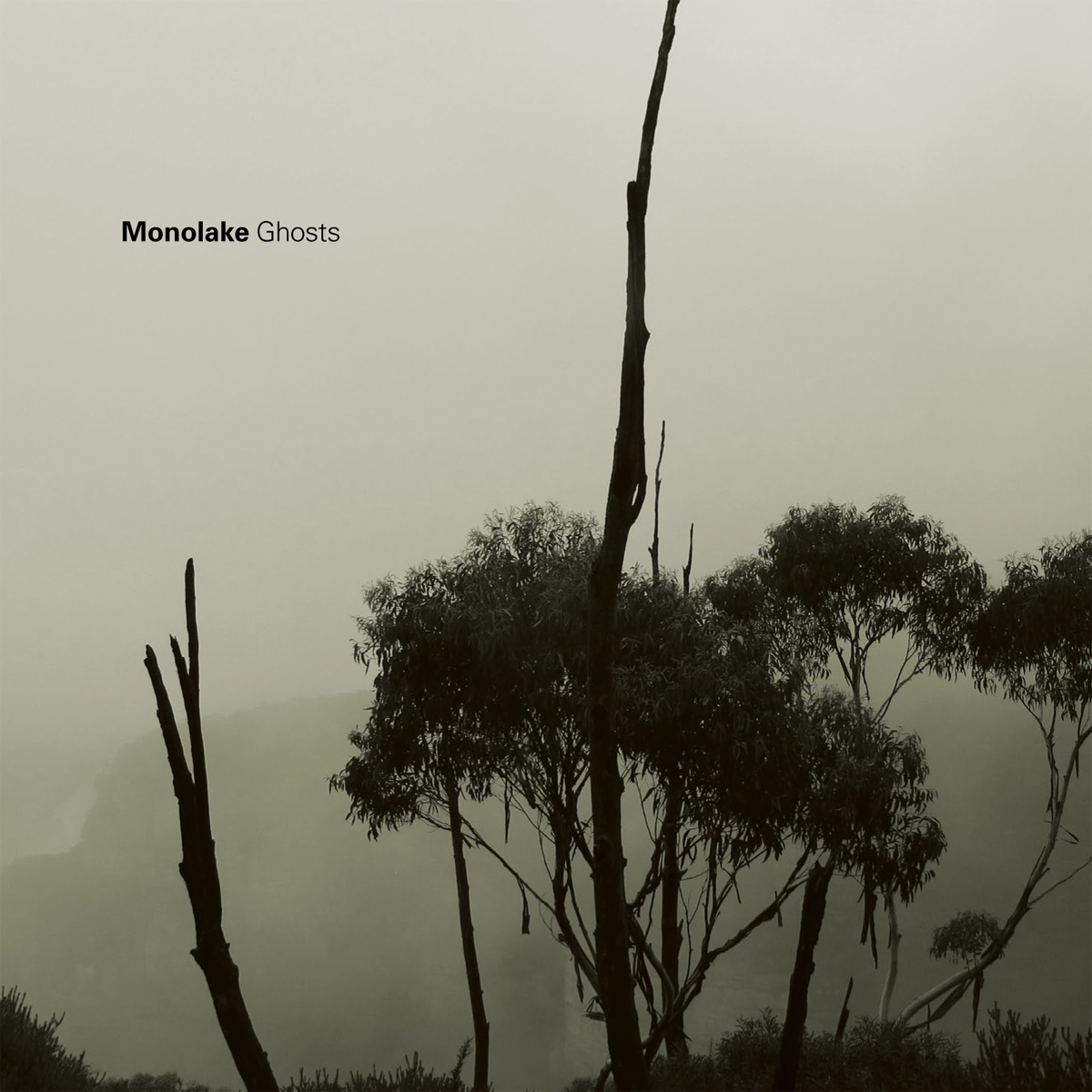 Why do you think ghosts exert such a hold over the imagination, even those of people who don’t believe in the ghost as a supernatural phenomenon?

“We humans are very, very odd constructions. We have the ability to think about ourselves; we are going to die, and we’re aware of this. Quite an evil construction, actually…we understand and can manipulate how we feel, we can enjoy our lives, we are able to give joy or suffering to other people, but we are still totally at the mercy of something that is absolutely beyond of our control: death. How to cope with this? Religion, mythologies, rituals, drugs, ghosts.”

I’m intrigued by the text (“How I hate those dirty little flies…”) you’ve written to accompany Ghosts.

“The text on Ghosts is a fragment of a longer story yet to be written. An older fragment comes with the last album, Silence. A third text which I already wrote, will be part of the next album, the working title of which is Escape. The three texts are all connected to of a longer story that I have in mind. I often write little things, independently of my music, but sometimes music inspires the writing or the other way round. The text on Ghosts I wrote after I made the first track, which gave me an idea about the topic of the album. I suddenly had a vision of how it all could fit together.

“When working on more music later I used the text as as a guide. I also started scanning through my photos. So basically the text and the design were ready long before the music was finished. The suggested relationship between the music and the writing is a loose chain of possible associations. I leave it to the listener to figure out how things are connected. Some connections are obvious, others are not so apparent.”


“We are still totally at the mercy of something that is absolutely beyond of our control: death.”

It’s not uncommon for sound, and the creation of sound, to be described using the language of ghosts (spectral, haunting, phantasmagoric, seance-like, etc). Why do you think this connection at the metaphoric level is so often made?

“Music, especially when purely instrumental, is a very ghostly form of art in itself. There is no explicit meaning, there is room for thoughts to wander. Also, music has the power to produce trance-like mental states and therefore often plays essential roles in shamanic rituals, religious ceremonies and in all kinds of drug-related contexts. Music creates non-existing spaces and populates it with all sorts of magic objects. And, of course the creational process of computer-generated music itself is a very bodiless and ghostly experience, similar to the mysterious appearance of an image on photographic paper when exposed in the darkroom.”

You mention in the note on your website that you developed considerable skills as an ersatz foley artist in the making of this album. Have you ever worked in that world – recording for film, TV, radio – or had any desire to do so?

“I studied sound engineering for film and I worked as sound designer for a theatre for a while. The main reason I didn’t end up in this movie industry was my profound aversion to current German TV culture and the lack of interesting films being made. However, quite a bit of my musical ideas or inspirations on how to work with sound come from that background.”

Ghosts comes across as a very private, isolationist work. Did you seek any guidance or input from friends or collaborators during the process of making it?

“Not at the beginning. When I make music, I become very shy and insecure about my work. Only when I feel that I already have a bunch of interesting and more or less finished tracks ready, I do start playing them to friends and collect reactions. I’m blessed with people around me whose artistic judgement I can trust a lot. This is sometimes hard, like when a piece of music I’m working on is verbally thrown in the deepest corner of my trash bin.

“The biggest issue with creating music completely as a one man show is that after listening to one’s own material again and again, one lacks the necessary distance in order to be able to make the right decisions. For me this is the main reason why I take so long to really finish something. I need to artificially create a distance by forcing myself not to listen to my music for a while and then later revisiting it with a more outside perspective. Every single person who did listen to the album whilst it was in the making is credited on my website. They are all important contributors.”

Fear is a survival mechanism: when we’re afraid, we’re at our most physiologically alert, most aware of our surroundings, most sensitive to stimuli. Is “fear” something you’re interested in exploring as an artist?

“As an artist I’m not keen on inflicting those feelings, real life is horrible enough – just read the news. However, the text I wrote for Ghosts is also about fear. The protagonist and obviously a few other people are starting to feel afraid, because things are going on which they can’t explain. And since they’re all very smart people, they even consider that all the contradictory things they’re experiencing might only be happening in their brains. Which is, in a different way, equally scary. The music on the album is in parts the soundtrack to this, and the concert version even more so, since I’ll be pushing things a bit further there, emotionally.”

Where do you think the dark energy at the heart of Ghosts came from? Is it equally likely that you might have made a “light” work? Or is it fair to say that you’re naturally attracted to the gloomier side of things?

“I’m certainly attracted to a darkness. The beauty of light has so much more meaning in a darker surrounding. To me, the darkness is a promise; my concept of darkness is more on the positive, magic side of things. Also, not all spirits on the Ghosts album are mean. Take a track like ‘Toku’: the creatures present there have their own life, but they do no harm. They’re translucent, floating around us, maybe not even noticing that they’re being observed. We do not exist. I think I’m a very positive person. This makes it quite a joy to write dark stories. If I was a mass murderer I would write about flowers in bright sunlight and produce muzak for supermarkets.”


“If I was a mass murderer I would write about flowers in bright sunlight and produce muzak for supermarkets.”

Tell me more about your ambitions for the Ghosts In Surround tour.

“A highly important quality of sound and music is that it can create total immersion. One can get completely lost in music in a very positive way, and to me, concerts play an important role here. Unlike when people listen to a CD at home, during a concert I have the power to totally transform a space by my music and I can provide the audience with an experience that is special and unique. Ideally it sounds as massive as possible: cinematic, overwhelming and full of detail at the same time. I personally enjoy music that makes me want to listen deeper and deeper, music where I constantly discover new textures, shapes and shades. A lot of club music lacks this quality, is too reduced to a formula, does not surprise me and I find this sad, because a clubnight could be such a rich sensual experience. I try to provide this.”

What can we expect from Tarik Barri’s visual accompaniment to the music?

“Darkness, brightness, shadows, objects and spaces. He will be creating his very own abstract visual world, but there are connections to the music; technically some things are synced, specific audio events triggering visual objects, but the more interesting interaction between the auditive side  and the visual side is of course more emotional – structures and moods that emerge sonically might have counterparts in the visual side, or vice versa. Both the visuals and the music are abstract and open enough to allow the audience to let go and come up with their own images. If the audience at some point completely forgets about Tarik and me and just enjoys an audiovisual experience, then we’ll have succeeded in what we hoped to achieve.”