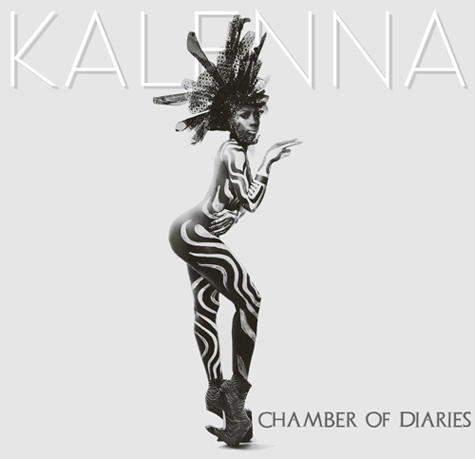 The Diddy Dirty Money nexus is the greatest thing to happen to R&B – hell, to the entirety of pop music – in the past two years, bar none. The trio’s epic Last Train To Paris masterpiece continues to sound mind-blowing 15 months after its release; LoveLove vs. HateLove, the mixtape that reimagined the entire album as lush R&B slow jams, was a singularly inspired creative decision, while Dawn Richard’s A Tell Tale Heart mixtape indicated that the magic would continue as the group went their separate solo ways.

Another piece of the jigsaw falls into place this month with the third Dirty Money member’s debut mixtape. On Last Train To Paris, Richard and Philadelphia native Kalenna Harper worked in tandem, providing a crucial narrative counterpoint and emotional foil to Diddy. On their own, they bear superficial similarities to each other – both concern themselves with love at its most extreme, and out-there sonics that mirror this emotional turbulence. Kalenna, though, is the hot-headed yin to Dawn’s sensual yang: whereas A Tell Tale Heart‘s finest moments were sumptuous swoons such as ‘Vibrate’ and ‘Bulletproof’, Chamber Of Diaries mostly finds Kalenna getting buckwild, both physically and emotionally.

To this end, Kalenna provides an array of tough, bone-rattling club beats – reinforced with acid squelches on ‘Ladder’, video game synths on ‘The Morning After’, the cut-up, stereo-panning noises on ‘Love Rock’ that sound like someone repeatedly zipping and unzipping your brain. Kalenna’s vocals are treated in such a way to magnify her strung-out swag: stutter effects and electronic distortion render her virtually inhuman in places, but never robotic. Gun sounds and explosions punctuate the mixtape: at times, such as on the frenetic ‘Put It In A Bag’ and the monomaniacally cash-focused ‘6,000 Sistas’, Kalenna convinces as a female R&B Waka Flocka Flame. “Dro all in the air, I don’t fuckin’ care – we turned up in this bitch hangin’  from the chandelier,” she sneers with relish; elsewhere, she compares herself to everyone from Erin Brockovich to Serena Williams (you, on the other hand, are nothing but Macaulay Culkin).

Throughout, Kalenna first alternates and then conflates the joys and dangers of getting fucked up: she mixes up euphoria and heartbreak so that they’re indistinguishable from each other, and it’s a heady cocktail. Much of the mixtape’s first half finds Kalenna in the club popping pills, downing shots and seeing off rivals with well-timed disses; in its second half, it takes a darker turn. On two separate songs, Kalenna responds to trauma by drunk-driving while blasting Wu-Tang: on ‘Matte Black Truck’, an irresistibly elastic beat mirrors the narrative tension between codependency and retaining power; later, ‘Pain & Alcohol’ finds Kalenna “feeling like a white girl on cocaine…pushing 100, hitting curves in the rain” before singing its closing bars from beyond the grave.

Increasingly, R&B artists are using mixtapes in much the same way as rappers do: not only to throw together off-cuts or freestyles to build a portfolio or tide over their fanbases, but to create coherent artistic statements without stinting on quality. The finest R&B mixtapes of 2011 – Dawn Richard’s A Tell Tale Heart and Nikkiya’s SpeakHer – more than held their own against any official release of the year. The way in which Kalenna switches adroitly and at will from the cosmic to the earthy and from the ign’ant to the profound on Chamber Of Diaries suggests that this may well be true for her too.