Modern Love was founded in 2002 by the staff behind Pelicanneck, the former Manchester record store that would soon morph into the online retailer Boomkat.

Initially acting an outlet for deep, dystopian electro by the likes of Bitstream and iL.EK.TRO, over the past decade its fortunes have become bound up with the ever-evolving artistry of two producers in particular: Miles Whittaker and Andy Stott, who have clocked up numerous releases for the imprint both solo and as part of duo/group projects like Pendle Coven, Demdike Stare and Millie & Andrea. While their work forms the backbone of the Modern Love catalogue, numerous other producers have helped shape the label’s aesthetic, and contributed to its success; not just local boys like Mark Stewart (Claro Intelecto) and Gary Howell (Pendle Coven, HATE, G.H.) but also Detroit’s Echospace, Sweden-via-China’s Kaman Leung and Berlin’s Move D, to name but three.

The Modern Love story is far from over, but as the imprint prepares to celebrate its 10th anniversary, now seems like an appropriate juncture at which to celebrate some of its most memorable and momentous chapters. And so, over the following pages, we highlight 10 releases that we consider to constitute The Essential… Modern Love. 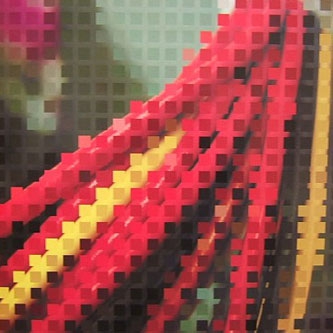 It’s perhaps surprising that the first release on Modern Love, a label so strongly associated with Manchester and its environs, should come from a Northamptonshire duo. Brothers Steve and Dave Connor called time on their Bitstream project in 2008 and are sadly little-known among younger listeners today, but around the turn of the century their name was a watchword for quality, questing electronic music among those in the know. The five-track Radiotherapy EP has echoes of the blue-hued electro of Autechre and at times seems to anticipate the dirt-encrusted breakbeat reductions of T++, but its most thrilling joint is probably the least tasteful by today’s standards: the wild-styling, scratch-enhanced and absurdly titled ‘The Bionic Hand of DJ Daddy Longlegs pt 2’. Bitstream are long overdue a revival. 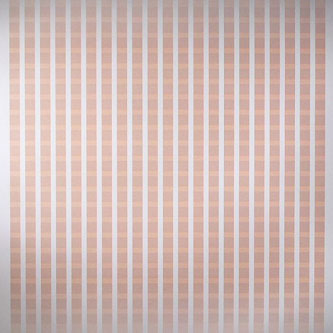 A marvellous EP of deep-space techno and electro, driven by yawning, über-sci-fi synth pads and impeccably scuffed drum patterns. Troubleshooter is the pseudonym of Rob Holloway, original member of Bitstream and The Monsters Of Id. He has continued to produce furious, fanatically detailed material in this vein, most recently 2010’s ‘Yellowcore’, but nothing quite so rousing or immediate. 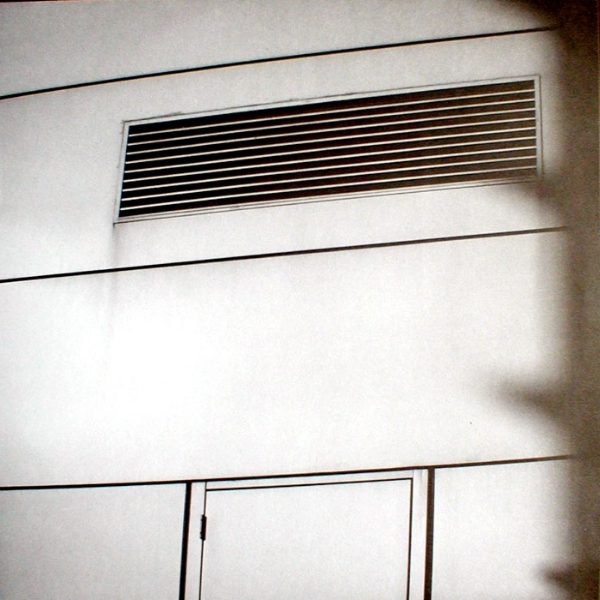 IL.EK.TRO – the name says it all – was a partnership comprising Daz Quayle and 20:20 Vision stalwart Carl A. Finlow (aka Random Factor); White Void was their third and final release under that name, and the tough-as-nails electro contained within has scarcely aged at all. Of particular note is ‘Metabolic Rate’, a dystopian depth charge with a strong Drexciyan flavour, and in its stirring chords hints too of Gerard ‘Convextion’ Hanson’s work as ERP. 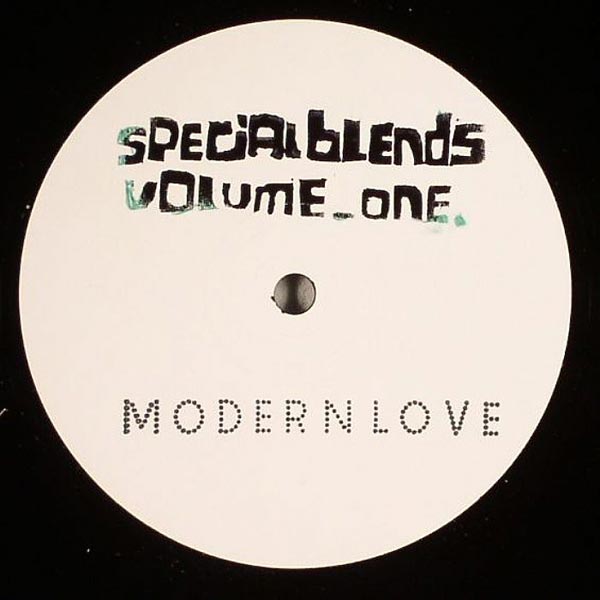 If you’re looking for a precursor to Rustie and Hudson Mohwake’s exuberantly psychedelic but reliably bashy hip-hop/R&B jams, look no further than the catalogue of Swedish-Chinese producer Kaman Leung. Special Blends Volume One was released anonymously on Modern Love, presumably because of its cavalier approach to sampling as much as any desire to generate intrigue; of its three tracks, it’s the codeine-paced rework of John B’s lysergic drum ‘n bass anthem ‘Up All Night’ that leaves the strongest and most lasting impression. As the sales pitch at the time put it,  it’s a record where “b-boy cap-twisted attitude swamps up with that untouchable Hardcore suck of the lip.” 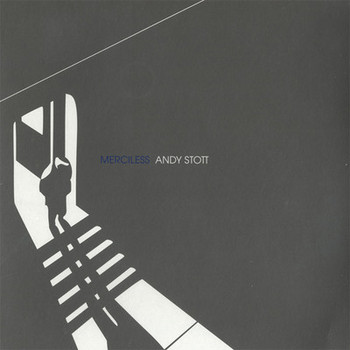 The impact of Andy Stott’s recent, self-styled “knackered house” LPs Passed Me By and We Stay Together has been huge, and deservedly so, but let’s not forget about the fabulous music he’d been making for six years before that. As well as classic 12″s like Ceramics, ‘Hostile’ and ‘Brief Encounter’, there was the 2006 album Merciless, in which Stott effortlessly, stylishly reconciled techno and dubstep at a time when most people were fretting about whether such a synthesis was possible, let alone desirable. As well as hulking steppers like ‘Blocked’ and ‘Choke’ (also released as a single), Stott offers melancholic piano interludes (‘Merciless’, ‘Peace Of Mind’), hard-grooving house workouts (‘Come To Me’, ‘Boutique’) and warehouse techno killers like ‘Edyocat’ – sequenced together to create an album that has weathered the years well, and will continue to. 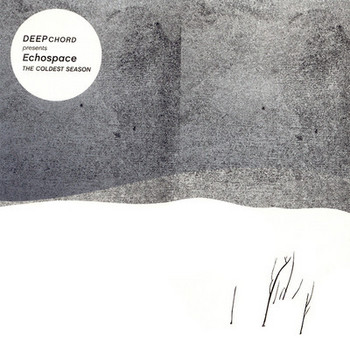 Rod Modell and Steve Hitchell’s careers have been damaged by the world’s collective realisation, about three years ago, that beyond the productions of Ernestus and von Oswald, you need only a handful of dub-techno records in your life. Still, the series of four 12″s the Michigan duo released as Echospace on Modern Love in 2007, collected as The Coldest Season, sounds as fresh today as it did back then, and on reflection it’s influence too has been enormous- affirming through tribute the incomparable, godlike genius of Basic Channel  and, for better or worse, paving the way for a whole new generation of dub-techno producers. They effectively pick up where Thomas Koner’s early 90s trilogy left of: mapping out a world of arctic ambience, sub-aquatic basslines and cotton-wool-wrapped kicks, at times venturing into the realms of pure noise abstraction (‘Ocean Of Emptiness’), at others proudly emphasising their reggae DNA (‘Empyrean’) or even servicing the dancefloor, albeit in the trippiest fashion imaginable (‘Celestialis’). 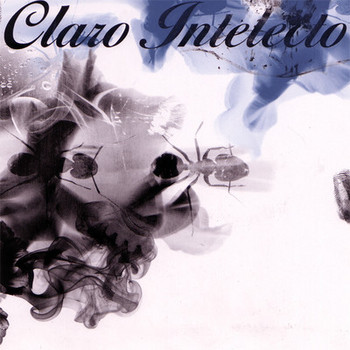 Still the last word in Rainy City techno, if you ask us. This is the second album by Mark Stewart as Claro Intelecto, coming after several strong 12″ releases on Modern Love – most significantly the stripped-down, super-strength Warehouse Sessions sequence – and four years after his electro-rooted debut LP for Ai, Neurofibro. It’s a perfect balancing act between chilly, brushed-steel atmospherics and beautifully composed, Detroit-calibre harmonics – if you wished to summarise the magic and majesty of techno for a civilian, you could do worse than play them ‘Operation’ or ‘Before My Eyes’. Upon its release in 2008, we declared Metanarrative an instant classic; the intervening four years have done nothing to weaken that impression. 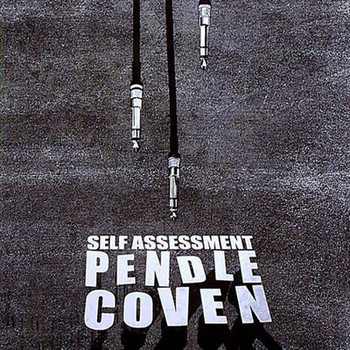 A handy compilation of some of Gary Howell and Miles ‘MLZ’ Whittaker’s finest work as Pendle Coven. The pair debuted on Modern Love in 2003 with the Trouble At Mill EP, and, while their early releases have a rugged charm – ‘Unit 6’, for example, is an exquisite synthesis of techno and hardcore – the sweeping, dub-infused sound they’ll be remembered for took a little longer to cultivate. Tracks like ‘Exigen’ and ‘MVO Chambers’ sound like Basic Channel reconfigured for the rain-sodden, industrially-scarred Lancashire countryside. Whittaker and Howells put Pendle Coven on indefinite hiatus a couple of years back; both artists have continued to contribute to the label, Whittaker both solo and as one half of Demdike Stare, and Howells most recently as G.H. They also collaborated with Andy Stott on the (at the time) anonymous darkside jungle series, HATE. 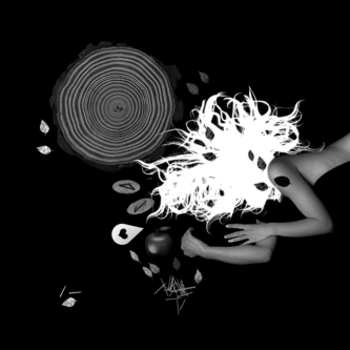 Symbiosis, the debut album by Demdike Stare – Miles Whittaker and his old friend Sean Canty – promised much, especially on a conceptual level, but didn’t quite deliver. However, the trilogy of LPs released soon after – Forest Of Evil, Liberation Through Hearing and Voices Of Dust, compiled on triple-CD with bonus material as Tryptych, represented a major achievement. Using numerous samples from their vast and peerless pooled record collection – exploratory jazz, early electronic music, outernational oddities from the Middle East and beyond – and structuring them according to the grammar of dub-techno, Whittaker and Canty have become true auteurs. Their obsession with corny horror-movie imagery is, if anything, a distraction – look beyond that and behold two artists with a truly unique and musical vision, one which we anticipate will only grow more acute and powerful in the future. 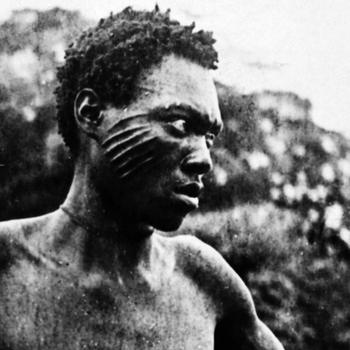 Representing a substantial departure from the crisp techno of his previous solo work, and with no trace whatsoever of the footwork and hardcore exuberance displayed on his 2008-10 productions as Andrea, Passed Me By was something of a risk on the part of Andy Stott. Surprisingly, and gratifyingly, it proved to be a career-making work, establishing him as an artist with his own robust and redoubtable identity. Purportedly inspired in part by the tape-saturated, brain-fried psychedelia of James Ferraro and his hypnagogic brethren, Stott set about making house music of a most introverted and desolated kind, largely rejecting the pace and spaciousness required to move a dancefloor in favour of a sleep-deprived andante and close, suffocating industrial textures. Perfect club music for those of us too skint, and too depressed, to leave the house.