“It could be out of this world.” 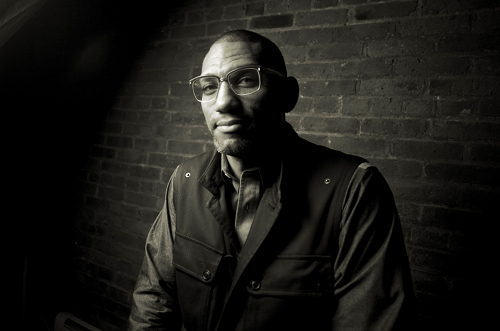 
Veteran Philadelphia producer King Britt has dusted off his analogue machinery for a new EP of sci-fi-charged synthesizer music on Hyperdub.

Britt has been an active and respected artist since 1990, when he debuted on Strictly Rhythm under the name E-Culture, in collaboration with Josh Wink. As Sylk 130 he mined a rich vein of Philly funk and soul; as Firefly he enjoyed a bona fide UK rave hit with 1994’s ‘Supernatural’; other notable projects include Scuba and Oba Funke. That’s not to mention the steady stream of releases under his own name, including a single for Carl Craig’s Planet E last year.

Fhloston Paradigm is a relatively new guise, one under which Britt constructs loose, hypnotic beat textures on all-analogue gear, inspired by – and dedicated to – Blade Runner, Fifth Element and Rollerball. The King Britt presents Fhloston Paradigm EP is out on Hyperdub on March 26, and those curious as to what to expect can download an earlier, free Fhloston Paradigm EP here.

FACT’s Tim Purdom caught up with Britt so find out more.


“We all loved sci-fi. Star Trek, Flash Gordon, Ultraman, Johnny Socko and then Star Wars changed the game. So it’s in our psyche, our DNA.”

How did you come to be releasing a record through Hyperdub?

“It was all quite a natural process,  which was all for the love of music. Kode9 had been supporting the ‘Chasing Rainbows’ song, which was on the Saturn Never Sleeps label, a project I shared with singer Rucyl Mills.  He also was playing a few of my old Scuba remixes – not to be confused with the ‘new’ Scuba guy. I had thanked him for his support and kept contact with him.

When we ended the Saturn project, I reached out to Kode9 to see if he would like to hear some of the newer stuff that I was toying around with. Sent it and he immediately hit me back and said let’s do it. I was geeked as I’m a big fan of Hyperdub’s releases.

How would you describe Fhloston Paradigm to the uninitiated? What distinguishes it from your other projects?

“Well, first of all it’s entirely analogue in the instruments I use.  he main ones are the Roland DR110,  Korg Mono/Poly, Korg MS20, Roland JX3P and Moog Sonic 6. I’m using no MIDI, only CV/Gate, and I record all live into Ableton. I also process the drums through different Moog pedals and such. I use an analogue sequencer as well, the SQ1.

“This process forces me to think differently, much like when I started out in the 80s, about arrangement and rhythm. The sound is also all analogue which is what was used in all the science fiction films. So naturally the music leans toward that vibe.” 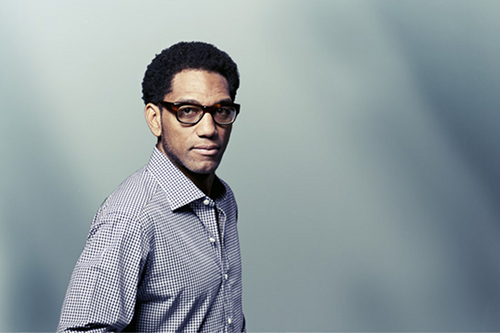 “I mean as kids, we all loved sci-fi. Star Trek, Flash Gordon, Ultraman, Johnny Socko and then Star Wars changed the game. So it’s in our psyche, our DNA. When I play a Moog or any analog keyboard, I think automatically of those movies. It’s just in my genes!”

The After The Rave EP was dedicated to the early analogue sound of 808 State and Ba Bam, right?

“[808 State’s] Newbuild was huge inspiration on that EP. Remember that album was pre-MIDI as well. All analogue. After the Rave leans toward the acid house sound, and was a lot of fun. But the Hyperdub EP is far from that sound.”


“I would love to do this live…it could be out of this world.”

Where does the name of the project, Fhloston Paradigm, actually come from?

I was watching my favourite film,  The Fifth Element, with Rucyl, and they were running in a city called Fhloston Paradise, but she thought they said Fhloston Paradigm and it stuck…there it is.”

Any contemporary producers whose work you’ve been particularly enjoying recently?

Yes absolutely! Love what GB (LA) is doing. He’s working in a similar fashion of all-analogue. Burial and Four Tet are just really dope to me. Excited to hear their collaboration. Floating Points is killing me right now. The stuff Monty Luke is doing with Black Catalog as well is keeping Detroit alive. Ras G always and last but not least Shabazz Palaces, who have taken hip-hop back to the cutting edge!”

Any plans to take Fhloston Paradigm into a live context?

“Well,  I’m working on an album, with one or two singers on songs…but mostly instrumental. I would love to do this live, but I would never take my synths out of the studio. If we could rent it all, then let’s get down. I have a semi-live set-up for it now, but completely live…wow…could be out of this world.”