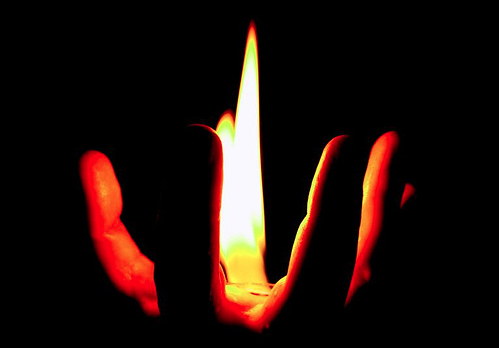 One of the most anticipated albums of the year, at least in our office, is Keepers Of The Light: the debut full-length by LHF.

The shady UK collective, numbering Double Helix, Amen Ra, Low Density Matter and No Fixed Abode have built up a considerable cult following thanks to their series of engrossing 12″ EPs on Dusk and Blackdown’s Keysound label, and they’re set to find a wider audience with Keepers Of The Light, which is spread across two discs and features no less than 27 tracks. It’s due out on April 2.


“Respect to the independent labels who put music out for the right reasons and invest in the underground.” – Double Helix

As FACT has opined several times in the past, there’s something incredible pure about LHF, not just in terms of their music but in the way they present it, and themselves. Their sound, a rugged dubstep with strong nods to garage, jungle and hardcore (not least in the way they use samples), is a distillation of London pirate radio’s history to date, and so it’s fitting that Double Helix has chosen one of his pirate favourites, and obscure 2003 drum ‘n bass 12″s by Facs & Sythe, to talk about On Record. 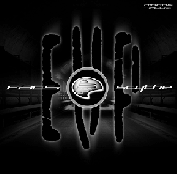 Double Helix: “EVP (electronic voice phenomena) is an aspect of parapsychology research which employs the use of recording techniques to pick up rogue frequencies or strange sonic events believed to be distortions or echoes from an alternative or parallel plain of reality…a mysterious and challenging subject matter which Facs and Scythe deal with in devastatingly acute fashion on this 12”.

“As a DJ and avid pirate radio listener over the years, the volume of material you become exposed to is unquantifiable. However, certain tracks somehow seem to retain a specific quality and vibe that stays with you, like an eternal resonance that won’t stop…it’s these tracks which prove themselves to be classics or at least productions with true shelf life.

“At a time when the MC was ruling the air waves and the dance, Rude 88.2 was and still is a sanctuary for people who wanted straight beats and bass without someone chatting all over the break. If you liked it upfront and earthy this station was you!


“Rude 88.2 was and still is a sanctuary for people who wanted straight beats and bass without someone chatting all over the break.”

“I went for this particular record out of all the myriad vinyls in my collection for a multitude of reasons. It’s nearly 10 years old which is nothing in “nuum” terms, but points to both the past and future within the tones of each track – given that this record was released in 2003, a time when the d&b scene was going through some big changes, this was a bold statement that the Biotic camp we’re making.

“I could have gone for a vinyl with more melodic compositions, sophisticated chord changes or detailed production aesthetics, but history denotes that the true essence of underground music is that all you need is a vibe with good beats and bass to hold it together and you could have the makings of an all-time great.


“It’s all about deep mystery and intrigue, suspense, fear of the unknown and unseen.”

“‘Polyglot’, the A-side, looks back to the days of jungle…the track opens with a brooding synth and string peppered with crackles which draw you in, cascading into an instantly recognisable chopped and scuttling Lym break that allows creepy dripping FX and xylophone rolls to fuse over layered, tribal, knocking percussion riffs…these elements are underpinned by an endlessly deep and rolling sub line that keeps the track shifting through gears till the second drop, at which point a vocal sample that’s haunted me from the first time I heard it through to the present day makes itself known, hailing an altogether far sinister turn of events within the track.


“This is jungle reincarnated in 2003 in a manner that few others would dare to. It’s all about deep mystery and intrigue, suspense, fear of the unknown and unseen…displaying every trait that makes me excited about underground music – unpredictable and unsafe grounds to be walking on.

“‘EVP’ is a far more futuristic affair, kicking off with some seriously dark, swelling string and brass interplay that swiftly leads into the main vox sample, as sci-fi blips and space gurgles overlay a riding drum pattern that punctuates the whole track. Then comes that bassline, which envelops the whole track and takes it off on a one-way journey to the darkest corners of the universe.


“This is jungle reincarnated in 2003 in a manner that few others would dare to.”

“A sense of perpetual motion, elevation and drive is running through the core of this track, the layers of rhythmic exchange between percussion, synth, crazy space FX and bugged-out sounds make this a real weapon in the record bag, with another vocal sample which induces a strange feeling of a future-bound trajectory and eerie optimism.

“In summary, this vinyl is by no means the best of the best – although it is pretty special – it merely underlines how much great music is produced ahead of its time, released by small labels who forge a sound which never really sees the light of day or the exposure it truly deserves…it’s that feeling of discovery which drives the core of the underground forward in my opinion, and this 12” does that for me every time, always making me feel like I’ve just found something new for the first time on each listen…

“Respect to the independent labels who put music out for the right reasons and invest in the underground. Where we would we be without them?”