WHEN I SOLD MY SOUL TO THE MACHINE
(dir. IGOR LESIC & RONALD LINDGREEN, 2004)

Incredible 46-minute documentary looking at The Hague’s unique, eccentric and boundlessly creative electro and techno scene. It’s classic scene after classic scene: I-f declaiming the idea of Christmas, Legowelt playing blitzkrieg acid to an empty club, Bunker’s perma-stoned Guy Tavares pontificating on, well, anything and everything. Originally released on a now hard-to-find DVD courtesy of I-f’s own MurderCapital label, it’s thankfully been uploaded – in a few parts – to YouTube. 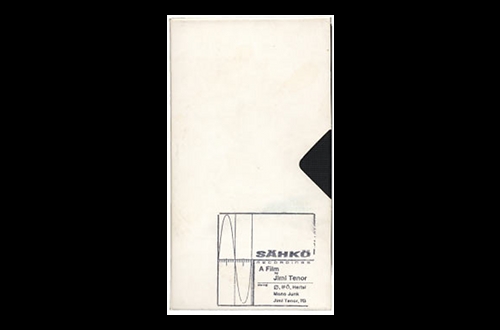 The holy grail of electronic music documentaries. Hardly anyone has actually seen the 44-minute Sähkö The Movie [the title fans have given it in the absence of an official one], but that hasn’t stopped it attaining legendary status. Shot by Jimi Tenor on 16mm film, it’s a suitably abstract portrait of the Finnish techno label in its prime, with contributions from Mika Vainio, Tommi Grönlund, Mono Junk, Hertsi and IFÖ. Begging to be reissued on DVD.

Innumerable drum ‘n bass documentaries were commissioned by television producers in the 1990s , but few can claim to be as entertaining as this short made for Dutch music show Lola Da Musica. Narrated in Dutch, but with extensive interviews in English, it follows Photek, Squarepusher and Source Direct at work and at leisure. It’s SD’s Phil and Jim who steal the show, bombing around suburban St Albans in their matching black BMWs and boasting that they turn up their headphones loud enough to get complaints from the neighbours. Oh, and spot the Joy Orbison sample…

An affectionate portrait of Andreas Schneider and his East Berlin synth store-cum-workshop, a mecca for local and international musicians and collectors including Ricardo Villalobos, Junior Boys and Daniel Miller. It isn’t a film about gear as such, but the resilience of analogue technology becomes a metaphor for how the spirit of “old” Berlin has weathered the encroaching forces of digital and capitalist culture.

Of renewed interest given the the scene’s rebirth and return to public view at the hands of MikeQ et al, Jenny Livingston’s 1990 feature Paris Is Burning looks at the original house ballroom craze 1980s New York. It isn’t a documentary about electronic music per se, but an exploration of club culture at its most vital and eccentric, and one that doesn’t shy away from hard-knock reality: the spectres of AIDs, racism, homophobia and economic inequality loom large over even its most celebratory sequences. 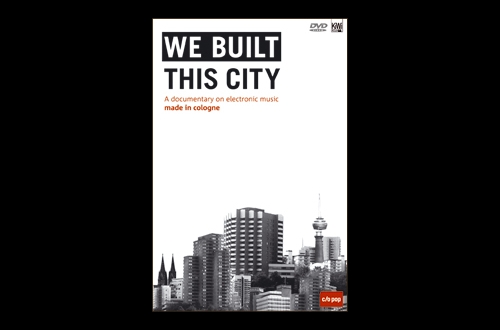 A documentary commissioned by the C/O Pop festival about the prevalence of electronic music in Cologne, with particular focus on what were then highly fashionable house/techno producers such as Wolfgang Voigt (Kompakt), Dominik Eulberg, Ada, Justus Kohncke and Superpitcher, We Built This City would be fairly unremarkable were it not for zany star turns from Mouse On Mars’ Jan St. Werner and Can’s Holger Czukay.

Hans Fjellestad’s 2004 love letter to the most iconic synth ever made won a glut of awards on the indie circuit, and rightly so. For the tech-heads, there are plenty of gratuitous shots of resistors, transistors and fizzling soldering irons. You get ample footage of Wakeman, Emerson et al wigging out on stage. And Bob Moog himself (who passed away the year after the film was released) comes over as one part boffin, one part spiritualist, and one part enthusiast; all in all, a sound guy. 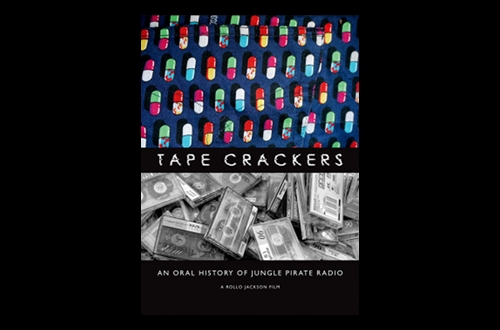 For the entire duration of the Tape Crackers, Rollo Jackson’s camera is pointed at just one man: Michael Finch. The charming, instantly likeable jungle obsessive Finch shows off his peerless collection of pirate radio tape recordings made in the mid-late 90s, and talks with unbridled enthusiasm and expert knowledge about each one. It’s not just about drum ‘n bass, it’s about a bygone era when serious fandom required real dedication, and the internet wasn’t yet sufficiently evolved to make sense of – or dull the impact of – what was new and exciting in music and street culture.

PUMP UP THE VOLUME PART ONE: THE HISTORY OF HOUSE MUSIC
(dir. CARL HINDMARCH, 2001)

Featuring resonant interviews with DJ Pierre, Jessie Saunders and Jamie Principle among many others, this in-depth exploration of the birth of Chicago house was broadcast on Channel 4 in 2001 and cuts right to the quick of its subject. In the immortal words of Pierre: “We was just twiddlin’ knobs!”