‘Golden Touch’: why Electronic Dream is the ultimate pop record 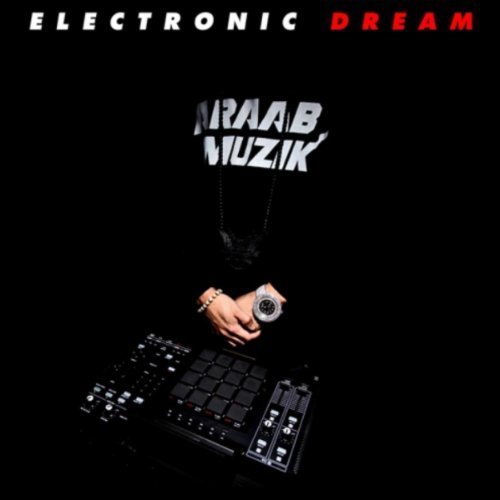 Many FACT readers will have seen YouTube footage of Rhode Island beatmaker araabMUZIK going to town on his MPC: an astounding display of blurred hands, of flying elbows, of fingers jabbing like pistons.

By way of tribute, I am going to attempt my own feat of near-impossible dexterity: to demonstrate that araabMUZIK’s love-it-hate-it Electronic Dream is the greatest pop record ever released.

Disclaimer: this piece is not a yammering panegyric, nor is it an arch exercise in Glenda Slagg-grade satire. Let’s leave quality judgements aside for now – all I want to do is briefly examine what we might consider ‘pop’ to be, and systematically show how Electronic Dream embodies it with unprecedented directness. araabMUZIK’s breakthrough mixtape exemplifies particular techniques and historically sited technologies that enable – I would argue – poppier music than has ever existed, than has probably ever been able to exist.

Trying to explain ‘pop’ in a half-paragraph is like decorating an Airfix model with a paint roller, but we can at least attempt a back-of-an-envelope definition. ‘Pop’, it’s clear, is a sensibility rather than a genre: a means of describing music that is immediate, frivolous, and itchily compulsive. Poppy music (like the poppy flower) has an opiate quality: it pitches for a gut reaction, and makes no apology for doing so.

Moreover, some ‘pop’ tracks can be ‘poppier’ than others. Speaking to The Wire, pop theorist/practitioner John Maus said that “the most radical thing that we can do is try and make pop about pop. Make it more poppy”. A recent test case would be Usher’s brilliant ‘Climax’, a Euro-dance inflected track that promises a cathartic climax, but never actually reaches one. ‘Climax’ understands the normal gratification principle of pop, but deliberately subverts it – and reaps the redoubled rewards. ‘Pop about pop’ – pop with a sense of flagrant self-awareness – becomes inherently ‘poppier’: pop to the power of pop.

Electronic Dream is the definitive pop record because it hits the above objectives with absolute economy. For the uninitiated, the record (in its non-expanded form, at least) offers up 11 sleek hip-hop instrumentals, cobbled together on an Akai MPC from the detritus of cheesy Eurotrance. araabMUZIK’s interventions often amount to little more than some canny looping and the addition of a regimented drum pattern. A fitting example (and you could really choose any of the cuts) is ‘Streetz Tonight’: araabMUZIK simply locks off the moment when the vocal glides most beguilingly from one chord to another, and sets it to a rigorous lockstep beat. It’s not rocket science – it’s barely even home chemistry kit beatmaking – but it captures the source material’s hidden potentiality like lightning in a bottle.

Electronic Dream is the definitive pop record because it hits its objectives with absolute economy.

araabMUZIK’s spartan methodology offers a two step class in identifying and amplifying compelling moments; with only loops and drums, it exposes the mechanic of what makes music immediate, frivolous and itchily compulsive. It’s almost as if araabMUZIK is scaling his samples, measuring their shapes, contours and proportions; the tracks often resemble technical drawings rather than songs (it’s interesting how much the tinny drum pads resemble metronomes). His vision is one of extreme breviloquence, where all extraneous elements are shorn away, leaving the skeletal frame of pop in sharp relief.

There’s also another crucial kind of ‘economy’ at work. Electronic Dream has come under a lot of stick for its apparent cheapness: the gaudiness of the source material and the scrappiness of the mastering have both attracted all sorts of ire from all sorts of quarters. But, then again: the phrases we use to describe chart pop – ‘cheap thrill’, ‘guilty pleasure’ – suggest a tug-of-war between the conventionally ‘good’ (‘thrill’, ‘pleasure’) and the conventionally ‘bad’ (‘cheap’, ‘guilty’). The most visceral pop music centres around a good/bad dialectic, and none more so than Electronic Dream’s flirtations with ultra-naff Eurotrance. Moreover, araabMUZIK’s ‘wait-am-I-allowed-to-like-this?’ experiments with cheese are (returning to Maus) ‘radical’: araabMUZIK’s reshaping of the worst sort of chart pap into new forms is about as textbook an example of ‘pop about pop’ as you can get.

Then there are the technologies behind Electronic Dream‘s conception and distribution. No instrument is better suited to mediate ‘pop about pop’ than the sampler: a device exclusively designed to fillet and rearrange pre-existing musical moments. The sampler has obviously been central to all sorts of electronic music for three decades, but Electronic Dream is unambigously its biggest star turn, its ‘The Well Tempered Clavier’. On no other record has the sampler so visibly been the star: note how Electronic Dream‘s cover art spotlights the MPC, but leaves araabMUZIK’s face swathed in darkness.

Crucially, the technology that araabMUZIK uses to make music has also now come to resemble the technology we use to consume it. araabMUZIK builds his sounds by prodding soft trigger pads on a metallic panel; anyone downloading music on a computer, or playing it back on an iPod, does the same. Furthermore, the ‘pause’n’skip’ mentality engendered by portable music players is only so different from araabMUZIK’s approach to composition. The young producer makes music the same way that we listen to it – what could be more ‘pop about pop’ than that?

Electronic Dream, to summarize, is an album that exemplifies two kinds of economy: it shaves music down to its bare ‘pop’ essentials, and it spurs the listener to reappraise economy-class trance-pop. Furthermore, it pushes the sampler – The First Instrument Of Pop – to the fore. Electronic Dream is the nexus where all these disparate pop-orientated elements come into play – a perfect electrical storm. Pet Sounds and Sign O’ The Times, say, might feasibly be called ‘better’ records, but neither communicate the essentials of ‘pop’ as succinctly as araabMUZIK’s calling card.