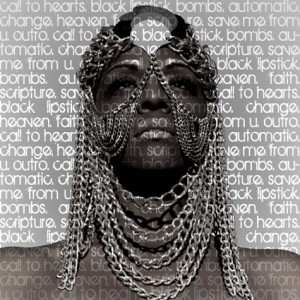 Available on: Our Dawn / Chartbreaker EP

A favored protege of Sean “Diddy” Combs, Dawn Richard first appeared as a member of his as-seen-on-TV girl group Danity Kane, then, following that outfit’s demise, was handpicked by Combs for his R&B-driven Dirty Money project, along with fellow singer-songwriter Kalenna Harper. The short-lived Diddy-Dirty Money period, including the deep-electro masterpiece Last Train to Paris, a Valentine’s Day mixtape that remixed the album into lush slow jams, and a handful of one-off tracks highlighted by a Sade medley, was perhaps the most artistically fruitful era of Diddy’s career, even eclipsing his Biggie-and-Ma$e fueled heyday.

A lot of this was due to the contributions of Richard and Harper, who at first seemed to exist primarily in relation to Diddy, either as counterpoint or Greek chorus, but increasingly felt like the heart of the project. Richard’s first solo effort, 2011 mixtape The Prelude to A Tell Tale Heart, showed promise, with Dawn trying on a lot of new ideas including alien megalith bangers and layered, acapella autotune ballads, but sometimes felt directionless and suffered from poor sound quality.

Where Prelude toyed with more traditional R&B conventions and Last Train to Paris played on mainstream dance styles with more finesse than its competition, producer Druski’s tracks for Armor On, an “EP” that nonetheless runs 36 minutes and feels as fully-formed as any album I’ve heard this year, often display hallmarks of cutting-edge underground American dance music. Most of his airy yet taut productions are stripped down, quick-tempoed, and percussive. Early standout ‘Black Lipstick’ in particular, with it’s melodic synth pings and skittering, 155-BPM drums almost sounds like it could be a vocal Nguzunguzu track. Whether this alignment is with intention or coincidental is immaterial, there’s a shock of the new at play, with many of the album’s sonic ideas finding their way into R&B for the first time. The album’s more standard hip-hop tracks like ‘Bombs’ and ‘Automatic’ rely on bombast and don’t hit quite as hard as intended.

Dawn’s vocals throughout are sensuous and sweet, even when she is on the brink. The arrangements are often built from side-by-side naturalistic and effect-laden layers that complement, not clash, and she has a great ability to sing with a desperate edge to her voice, pushing it right to the edge while never cracking.

This trait serves her well throughout. Given the theme of emotional armor, there are many unshielded moments. The aforementioned ‘Black Lipstick’ describes a mysterious woman stealing her heart, and the album’s core consists of ‘Heaven’, ‘Faith’, and the again Sade-quoting ‘Scripture’, three songs that describe relationships but lend them an attribute of religious fervency. A remix of her previous track ‘Save Me From U’, superior to the original, harkens to the superhero theme that often recurs in her work — tellingly, Danity Kane was named after an anime character of Richard’s invention — and, oddly enough, seems to tie up the section of the album built around spiritual metaphors, lover as hero as savior.

‘Faith’, the one track not helmed by Druski, is also the only track that bows to more populist trends in dance music, with its hands-in-air electro build, Dawn’s soaring chorus, and boshing finale. It doesn’t feel at odds with the rest of the EP, though, starting with low-key house piano chords and throbbing percussion that fit right in with the other tracks. When it explodes midway through, it feels like a hard-earned climax, not just for the song, but for the album itself.