Religious icons and saucy vampires: the month’s 10 most important reissues and archive releases 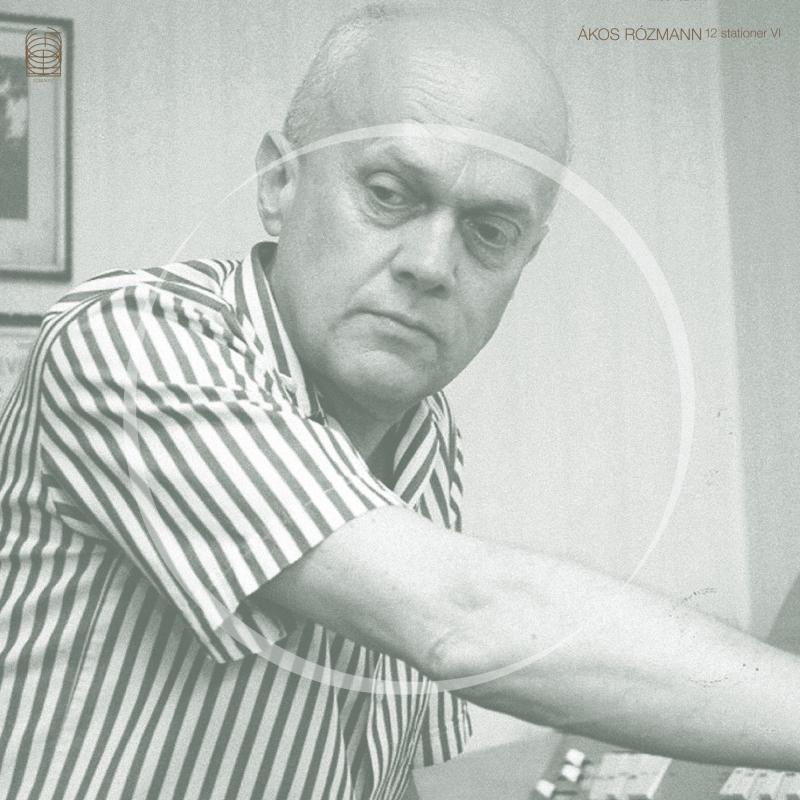 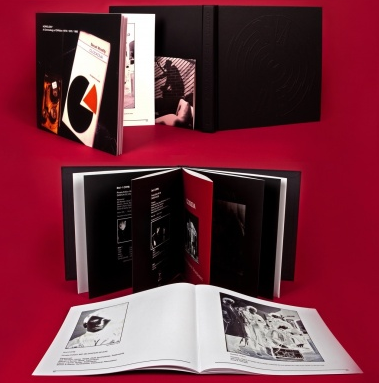 You either have to be incredibly rich or willing to exercise restraint in all other areas of consumer life if you wish to keep up with Vinyl On Demand’s monumental editions. The label’s latest archival offering is a 6×12″+DVD (subscriber’s get a bonus 7″) anthology of 1978-80 work by Clock DVA, the inscrutable Sheffield troupe who skirted the borders of punk-funk, industrial, synth-pop, electro and EBM. Adi Newton’s genius isn’t as well-documented or widely acknowledged as it should be; if you’re lucky enough to have a spare €120 in your pocket, V.O.D’s “folder-set” is a sensible investment. TF 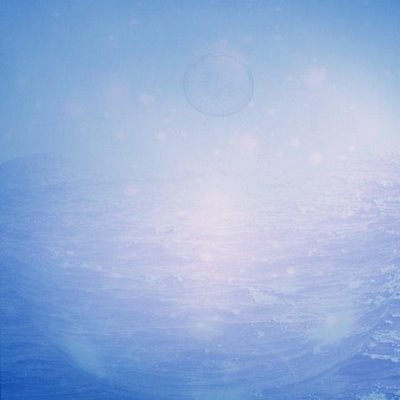 DOLPHINS INTO THE FUTURE
ON SEA-FARING ISOLATION
(FONAL CD)

Dolphins Into The Future’s …On Sea-Faring Isolation was originally released on Not Not Fun just three years ago, but it feels like a lifetime. Back then, NNF was a label known only to lo-fi tape fetishists; the term “hypnagogic pop” had yet to be coined; and the idea of a record inspired by new age music, healing tapes and whalesong was a novel one. In the time that has elapsed since, countless imitators have soiled and saturated the territory that Dolphins’ Lieven Marten had a hand in opening up, rendering it dull and affectless, but …On Sea-Faring Isolation has retained its hobbyist charm; moreover, and curiously for such a retro project, it now seems rather prophetic. TP 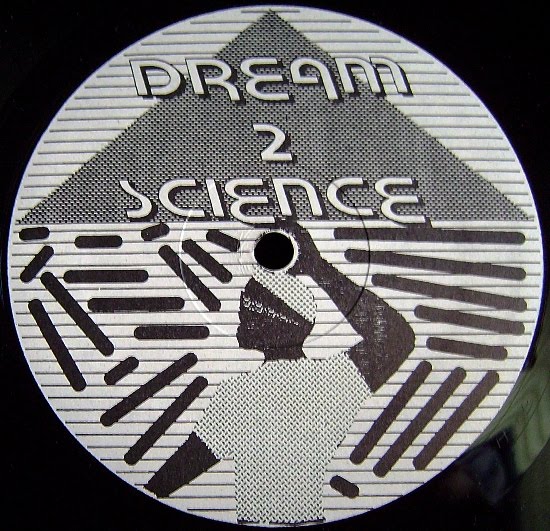 A sultry, Larry Heard-esque US house classic from 1990, unearthed by the Rush Hour crew (who else?). Producer Ben ‘Cozmo D’ Cenac, better known for his role in pioneering NY electro group Newcleus, was aiming for a “smooth, deep, laid back and hella sexy” sound, and he nailed it. You can check out clips of the EP’s six tracks and read FACT’s interview with Cozmo here. TP 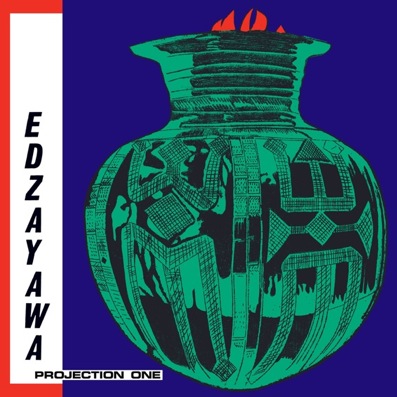 A disarmingly moody and dense afro-rock workout, Projection One was recorded over two days in May 1973, with EMI Nigeria’s fabled in-house producer Odion Iruoje at the controls. The one and only album by the Ghanaian, Fela-approved Edzayawa troupe, It’s been out of print for almost 40 years; Soundway’s vinyl edition replicates the original, stunning gatefold sleeve design. KS 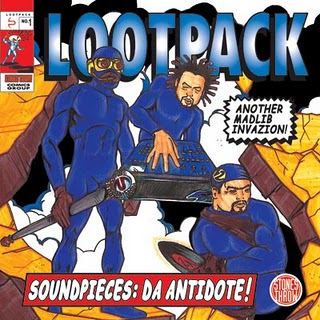 Lootpack were Oxnard’s answer to DITC, an outfit comprising Wildchild, DJ Romes and Madlib, with fringe members including Madlib’s younger brother Oh No, their friend MED, and guest appearances from old pals The Alkaholiks (whom Madlib had guest produced for throughout the mid to late nineties), Defari and Declaime a.k.a Dudley Perkins. Soundpieces, originally released in 1999, is as raw as the hand-drawn cover it comes in; battle rhymes over crunchy SP1200 beats. Stones Throw’s reissue presents the album in its original 3×12″ format, adding a bonus 7″ single, ‘Bone Marrow’. MB 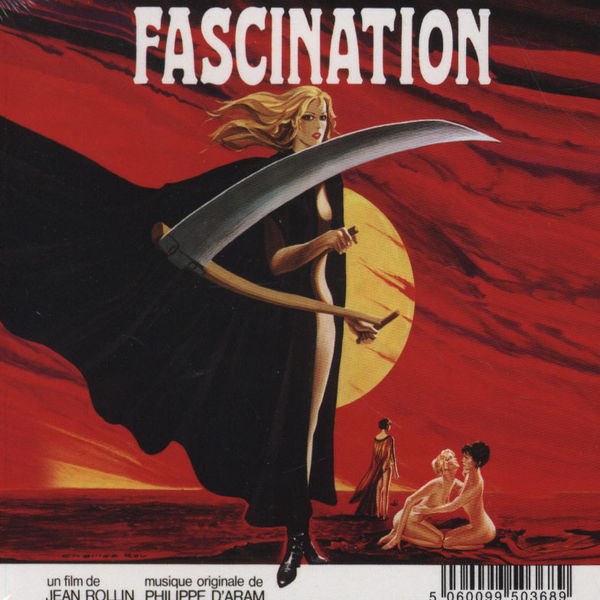 In a world where Dario Argento is revered as a cinematic visionary, it seems unfair that Jean Rollin still languishes in relative obscurity. The late French director’s vast oeuvre spans detective thrillers, gore-fests and pseudonymous sex films, but it’s really the erotically-charged, painfully slow-moving vampire movies into which he poured his heart and soul. The soundtrack for one such picture, 1979’s Fascination, is one of a brace of Rollin scores reissued on 10″ this month by Finders Keepers; composed by Philippe D’Aram, it’s a brief but spellbinding suite of pulsating electronics and elegantly arcing strings. KS 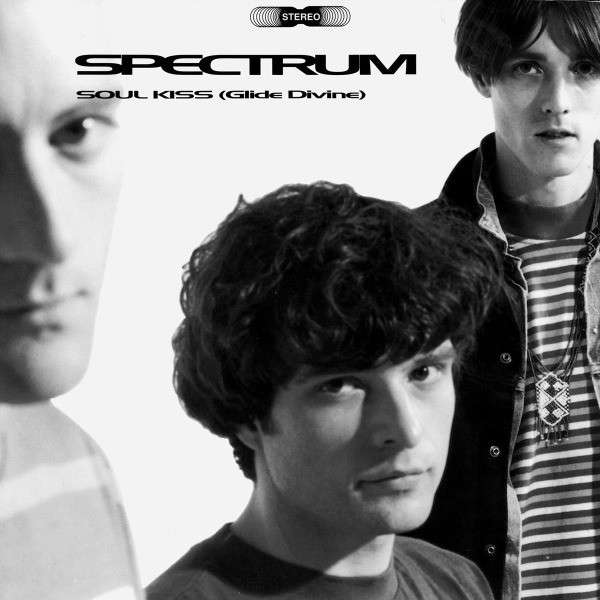 It’s about time some of Pete Kember’s post-Spacemen 3 work got the plush vinyl restoration treatment. On this album, his first made under the name Spectrum, Kember is still very much in drone-rock mode, but there are definite intimations of the isolationist electronica sound that he’d dive deep into over the remainder of the 90s. 1990’s Spectrum LP, credited to Sonic Boom, has also been reissued by Vinilisssimo. TF 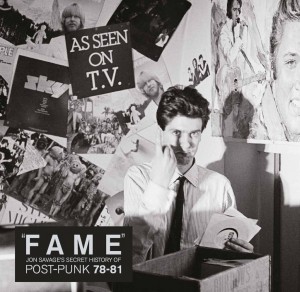 A double-vinyl post-punk overview compiled by one of the world’s greatest music writers and cultural historians, and moreover someone who was actually there, on the ground, processing this stuff as it happened. Having been bombarded over the last five years with increasingly specific and specialist post-punk comps – please, no more collections of rare Italian synth wave – it’s a relief to encounter one more concerned with quality than obscurity; here, household names like Joy Division, Cabs and Wire quite rightly appear alongside the lesser-known likes of A.C. Marias, Noh Mercy, Mars and Rema-Rema. KS 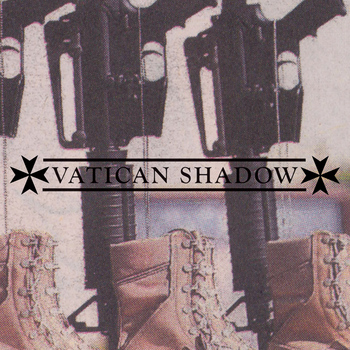 Dominick ‘Prurient’ Fernow’s “militant religious industrial” project, Vatican Shadow, has won him an entirely new audience of jaded techno fans. This release from Type is a vinyl edition of the 2011 4xCS and digital release, Kneel Before Religious Icons, a terrifically foggy, sinister work that ought really to have been the soundtrack for Homeland. TP