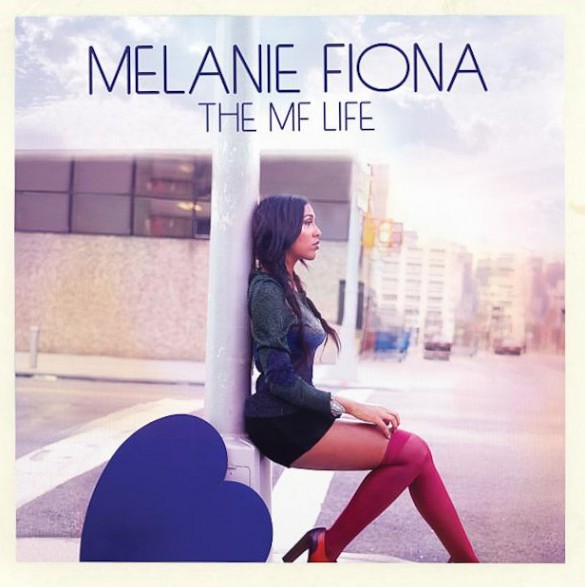 Torontonian singer Melanie Fiona’s 2009 debut, The Bridge, did not seem to be a marker of particularly great things, emerging as it did in a period during which major labels seemed to be fixated on ersatz ’60s stylings for soul singers – or, more specifically, with finding a replacement Amy Winehouse while the real one was indisposed, and preferably sans scary crack and ink. They got one in the end – the terminally dull Adele – and good luck to us all with that one (at least it wasn’t Duffy, eh). For her part, though, Fiona seems to have used the intervening years to grow a personality that suddenly makes her an artist worth paying real attention to.

Lead single ‘4AM’ was the first sign of this: it married the hazy synth cloud of Drake’s ‘Marvin’s Room’ to the epic, crashing emotion of Alicia Keys’ ‘Try Sleeping With A Broken Heart’, but what was most remarkable was Fiona herself, singing the hell out of a narrative that walked a tightrope between paranoia, righteous elbow-throwing rage and bleak inner devastation. Nothing else on the smartly-titled MF Life sounds like it, though ‘4AM’ was certainly a harbinger of Fiona stepping up a level vocally: her singing is impossible to fault across the album, with her passionate husk reminiscent of Jazmine Sullivan at times.

The MF Life aims more to be a well-rounded work than a visionary one, and in that respect it succeeds admirably. Fiona shows herself to have a sense of humour on ‘4AM’ sequel ‘6AM’: two hours on, her pain has metamorphosed into snappy irritability on her boyfriend’s return as she and the brilliantly cast T-Pain trade comic barbs. ‘I Been That Girl’ features some rather wonderful R Kelly-esque asides (“Heard you got into it with his ex Sunday night / Who really fights on a Sunday?”) A vintage lovers’ rock arrangement and Fiona’s dreamy delivery prove a magical combination on ‘Like I Love You’. Steam rises off ‘Bones’, which contains echoes of Nina Simone at her witchiest – though the gusto with which Fiona seizes lines such as “I wanna own you, I wanna consume you / Get all molecular and pass myself through you” means she captures heat rather than darkness.

Here and there, though, Fiona flails around in vain, soulfulness in search of a decent song; a John Legend duet is merely dull. Guest rappers J. Cole, B.o.B and Nas fail to distinguish themselves, the first two due to innate inadequacy and the latter due to worrying about losing his girlfriend to a hipster (that this is entirely plausible regarding Kelis makes it worse, somehow). Still: overall this is a fine, and occasionally transcendent, stepping up of Fiona’s game.