Consumed: Spotify and the commercialisation of listening 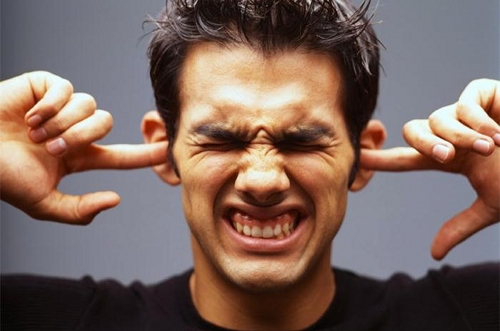 Earlier this month, we reported the launch of the new Official Streaming Chart.

The implications of this are obvious: listeners no longer have to actually buy music in order to be officially ‘“consuming” it. The new chart will take data from both ad-funded and subscription services including We7, Napster, Chartsnow, Deezer, Zune and – the daddy of them all – Spotify. The announcement was hailed by Official Charts Company MD Martin Talbot as a “true coming of age moment for music streaming in the UK”, and – though I imagine few FACT readers will be losing sleep over the exact composition of the top 40 – it’s tempting to agree. Since Spotify first hit our shores in 2009, it’s gone from being a much-discussed upstart to gradually supplanting more established modes of music listening – to the point where, for young people at least, its presence on desktops up and down the country is pretty much a given.


Downloading music illegally might be harmful to the artists we love, but at least it’s ad-free.

And it’s a trend that looks set to continue. With established illegal filesharing sites running scared, it seems inevitable that a generation of listeners who view music as a free commodity to be exchanged and enjoyed on a whim will turn to legitimate channels for their fix. This is the elegance of Spotify and its ad-funded ilk: the model falls neatly in line with the “something for nothing” attitude fostered by the internet age, whilst still feeding funds into ailing music industry structures. 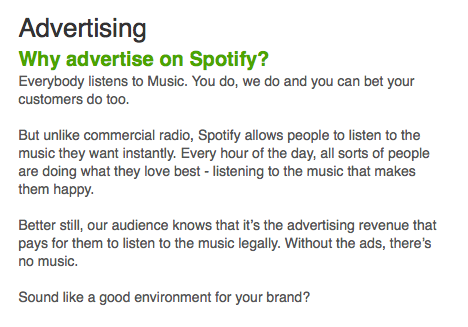 What’s not to like about the rise of Spotify? While in the past critics have pointed to its exceptionally poor revenues – particularly for independent artists and labels – recent reports suggest that this might be changing. Either way, from the artists’ perspective the income generated through streaming services is surely favourable to the financial sinkhole of widespread illegal filesharing. Other criticisms of Spotify have tended to focus on the practical constraints of the medium – getting your fix via Spotify meant you were shackled to a laptop with an internet connection. These days, though, there’s a Spotify app available for most smartphones, meaning the morning commute can still be prime listening time. More problematic is the sound quality: streaming at an average rate of 160kbps, a Spotify listening experience falls far short of CD quality. Still, outside of the hermetic audiophile world inhabited by people like me, how many listeners actually care about the fidelity of their sound? The fact is, most torrented files tend to be of similarly poor quality, if not poorer – and those who meticulously check file sizes and bitrates before downloading are, I suspect, in the minority.


There is a specific and unique evil that Spotify brings to the table of 21st century listening.

But there is a more specific and unique evil that Spotify brings to the table of 21st century listening, one that’s harder to dismiss and no doubt worsen with time. As mentioned before, the service’s great strength (and the source of its popularity) is its free-to-use, ad-funded service (I don’t think I’m alone in viewing anybody who forks out for an ad-free subscription account with intense suspicion). That, however, leaves one glaring problem: the adverts themselves. Loud, abrasive, and dropped in seemingly at random, perfectly designed to shatter any mood the music might have created and in the process be as invasive and unignorable as possible, Spotify’s adverts are the bane of any self-respecting user’s life. 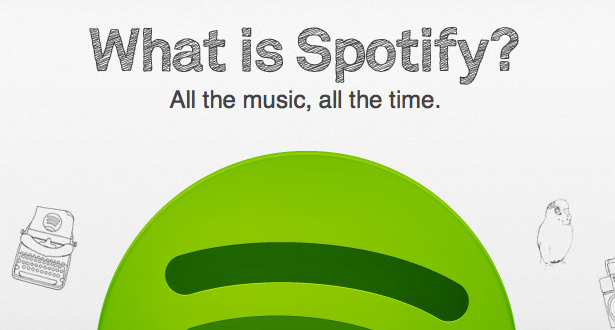 These days on the web, you’re confronted with advertising at every turn. It’s a particularly grating development given the internet’s initial promise as a place where the market forces that shape traditional forms of media could be evaded or undermined. Of course, we’re entirely accustomed to ads via terrestrial channels: take (commercial) radio, where every second of airtime can be slapped with a price tag and sold off to the highest corporate bidder. The web, on the other hand, feels, or felt, free from corporate land grabs: a flattened, democratic space where music could float untethered from the concerns of those who might look to profit from it.


Approaching the dark, deranged zenith of Scott Walker’s The Drift? Here, have an advert for Men In Black III.

The idea that the internet could evade capture forever has now been exposed as a pipedream, and the rush to monetise popular free-to-use services is well underway (just look at those “promoted tweets” on Twitter, or the appearance of adverts on YouTube videos). But, as far as music’s concerned, no single service goes so far towards commercialising our listening time as Spotify. And it’s so much more pernicious than radio: no longer do we passively opt in or out of particular stations – or indeed ignore them altogether, instead choosing to listen to our own music collections at our convenience. Instead, active, discerning listeners of this new generation might grow to tolerate having their musical explorations ceaselessly interpolated with obnoxious Fosters ads. You can run, but you can’t hide – well, not for more than a handful of tracks. Halfway through a DJ-Kicks mix? Tough. Approaching the dark, deranged zenith of Scott Walker’s The Drift? Here, have an advert for Men In Black III. 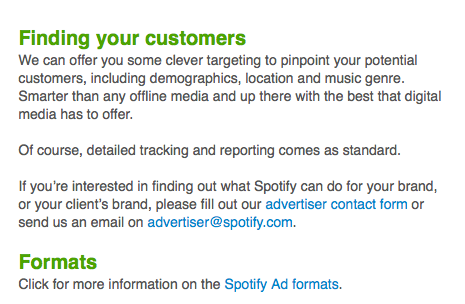 Don’t worry, comes the reassuring voice – the ads might be irritating at first, but you start to block them out after a while. But that’s precisely the problem: the ideal Spotify listener is in a permanent state of fragmented half-absorption, never wading beyond the shallow end of the musical pool, ready to scramble back out as soon as an ad pops up. It’s that semi-distracted mode of attention encouraged by internet surfing in general, but – for the ever-expanding population of heavy Spotify users – extended to all the music you ever listen to.


The ideal Spotify listener is in a permanent state of fragmented half-absorption, never wading beyond the shallow end of the musical pool.

So, should we just accept this? Is the growing ubiquity of Spotify an inevitability – the only way musicians (and the unwieldy industry that supports them) can turn a profit in the internet age? Are those fucking ads a sadly unavoidable evil, the trademark inconvenience of what might become the prevalent format of our time – like crossing your bedroom to flip over an LP, or manually rewinding an unspooled cassette with your trusty pencil? Or are they an unprecedented coup for corporate interests, no longer forced to anticipate and cater for listeners’ tastes with fixed programming, but able to simply let the listener lead the way, safe in the knowledge that the ads will shadow them indefinitely? Either way, as Spotify grows, can we really blame people for going to ever more extreme lengths to download their music illegally? It might be harmful to the artists we love, but at least it’s ad-free.