A guide to the largely unexplored world of DIY and electronic music made on the Emerald Isle in the ’70s and ’80s. 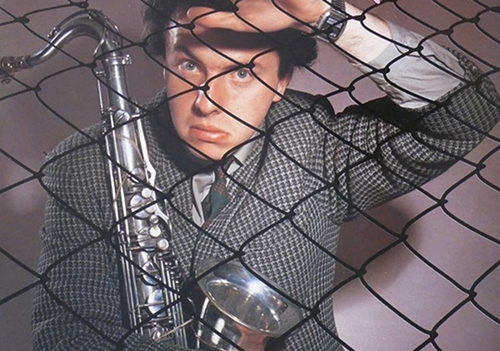 How much do you know about Irish post-punk?

Very little, we’d venture. While the late 70s and early 80s DIY scenes of elsewhere in Europe are well documented, that of the Emerald Isle is a story yet to be properly told…until now.

July will see the release, on Finders Keepers, of Strange Passion: Explorations in Irish Post-Punk DIY and Electronic Music – a brilliant compilation curated by Darren McCreesh. Though some names featured will be familiar to you, the majority – among them Dogmatic Element, SM Corporation and Tripper Humane – are rather harder to place. Remarkably, given their obscurity, these bands’ songs – which range in style from laconic indie-pop to eerie minimal synth – are all tremendous.

Intrigued by what we heard, we asked Darren to tell us more about the origins of Strange Passion, and to give you lucky readers and to share with us 10 Irish post-punk beauties that need to be heard, some of which, but not all, feature on the compilation. So, without further ado, over to Darren…


“The punk and DIY revolution inspired a whole generation in Ireland to think differently about their futures and gave them the tools to express themselves.” 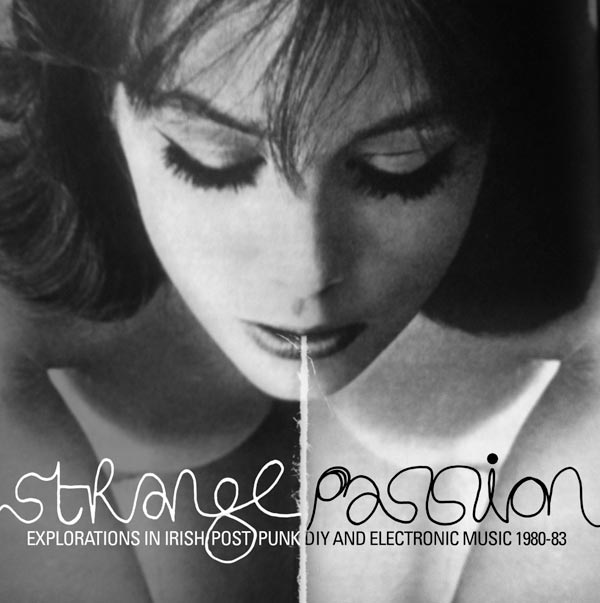 Darren McCreesh: “The initial spark for the compilation came from conversations with Andy Votel from Finders Keepers Records. Andy has been a regular guest at various events that I’ve hosted in Dublin with my mate Mici Durnin over the years. As well as encouraging us to start running regular B-music nights in the city Andy is fairly inspiring to be around. Very open-minded, he is also unrelentingly creative and constantly absorbing hidden eddies of global popular culture which he pours into Finders Keepers and its various project entrails!

“I must have played him a clutch of rare Irish post punk 7″s, at which point Andy invited me to put together a compilation, simple as that. So I started digging! I was only a mere pup – growing up along the border with Northern Ireland – when this scene was actually happening so I felt there was much for me to discover and learn.

“It was clear from early conversations and research that the early 80s era of Irish underground and electronic music had been neglected. Given the sheer diversity and quality of sounds on offer across the country I felt it deserved acknowledgement as an important moment in Ireland’s cultural history. This was at a time when Ireland was on its knees economically, and in the grip of a repressive and patriarchal society steered by religious doctrine. Ireland was crying out for change and its young musicians were leading the way. The punk and DIY revolution inspired a whole generation in Ireland to think differently about their futures and gave them the tools to express themselves. The result was a slew of bands and a burst of creativity. It’s worth bearing in mind that U2 and a little later the core of My Bloody Valentine emerged from this scene.

“The thing is, this compilation is a snapshot of time in the history of Irish music. Widen the lens and you’ll find a great deal more. From the one-off likes of Des Les and Michael O’Shea, to vibrant psych folk and beat music scenes and a resurgent contemporary scene yet again flying in the face of recessionary times. Hopefully Strange Passion is just the beginning of this conversation … 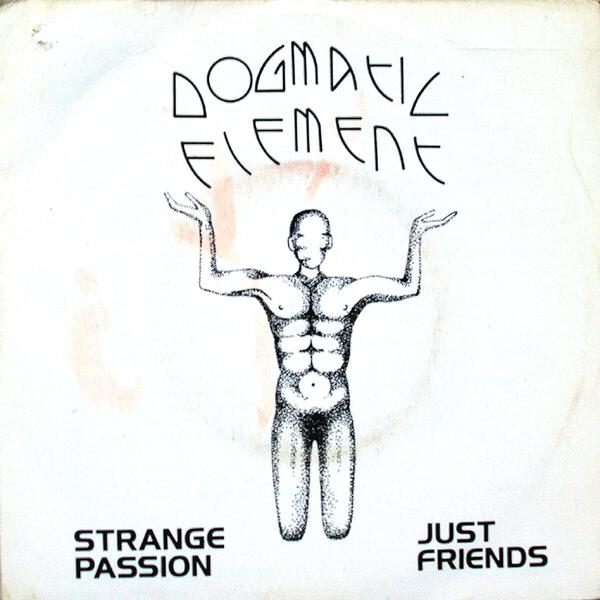 Dogmatic Element were a four-piece band from Bangor Co Down, a town just east of Belfast. The song ‘Just Friends’ is from their first incarnation, and appeared on their debut single, the double A-side that includes the track ‘Strange Passion’. It’s delivered in an unaffected, urgent style, and underpinned by the kind of melodic art-noise racket that recalls Velvet Underground. For a time they were managed by Colin Bateman, now a renowned novelist, who also released ‘Just Friends’/’Strange Passion’ on his own Cattle Company label. 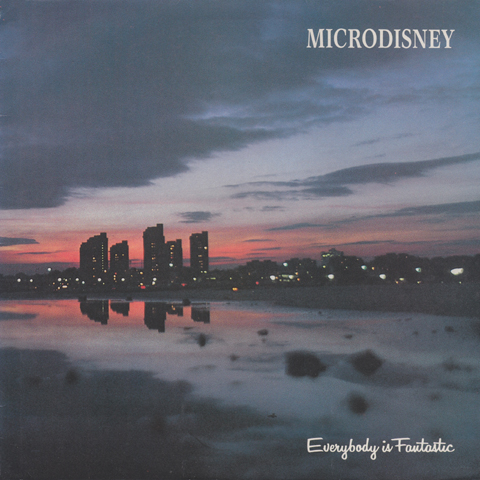 MICRODISNEY
BEFORE FAMINE
(from EVERYTHING IS FANTASTIC, ROUGH TRADE LP, 1982)

Originally from Cork, Microdisney were part of that city’s utterly idiosyncratic and fervent post-punk scene. By 1982 they had relocated to London where they quickly became Peel faves and achieved reasonable levels of critical acclaim with the release of several albums on Rough Trade and Virgin.  ‘Before Famine’ is featured on their debut Everybody Is Fantastic, probably their least appreciated album. It features the plangent guitar playing of Sean O’Hagan, which chimes perfectly with Coughlan’s introspective vocal and, like pretty much everything on that album, it rewards repeated listens. 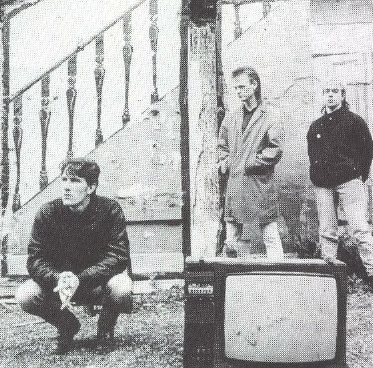 Ireland was littered with bands in the 1980s who had really strong live reputations but only ever managed to release one or two records – if any – before splitting up. Pleasure Cell was one such band: their one and only  single, ‘New Age’, is a dark, dynamic production with a great vocal, and it bristles with righteous rage. 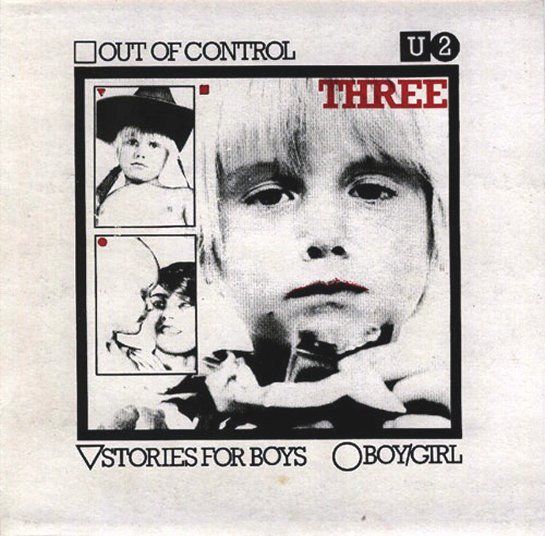 Any conversation about the Irish post-punk scene that doesn’t include U2 is like staging Hamlet without the Prince. Loved and loathed in equal measure, there is no doubting the potency of their music in the first phase of their career. Having honed their sound over 2-3 years, they came of age in 1979 with a series of gigs at Dublin’s Dandelion and a headline slot at seminal 26hr Dark Space festival in the Project Arts Centre. Driven by a metronomic rhythm that sets the pulse racing from the off, what sets ‘Out Of Control’  apart are the clean melodic guitar riffs by the Edge, which are reminiscent of Television. This enables Bono to pitch his vocals fast and high as it glides dramatically alongside the instrumentation. Combine all of this with gorgeous harmonies and reverb production, and ‘Out Of Control’ pretty much sets the template for the numerous anthems that followed in the 1980s, by the end of which U2 were one of the most popular bands in the world. 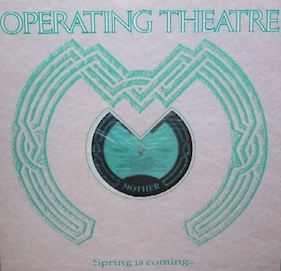 OPERATING THEATRE
‘SPRING IS COMING WITH A STRAWBERRY IN HER MOUTH’
(from ‘QUEEN OF NO HEART’,  MOTHER RECORDS 7″, 1986)


Roger Doyle – misunderstood genius, misfit composer, electronic music pioneer – spent the 1970s in the grip of experimentation culminating in various releases including material on Nurse With Wound’s United Dairies label. However, by the turn of the 1980s Doyle had begun a new chapter with Operating Theatre, a performance-based group formed with actress Olwen Fouéré. Aside from their theatrical projects, Fouéré and Doyle took the opportunity to produce commercially-oriented songs which were released on a series of EPs and 7″ singles throughout the early to mid-1980s. Spring is Coming… was released on U2’s Mother Records in 1986 and is a stunning piece of electronic pop that recalls ZTT band Propaganda at the peak of their powers. 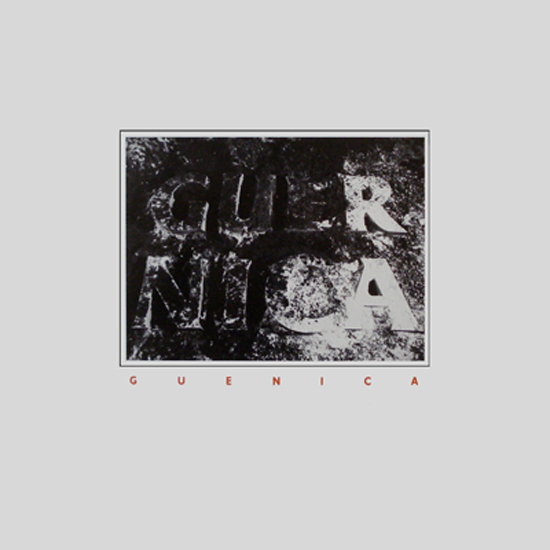 
Guernica emerged in the mid 1980s, and had a knack for writing memorable C86/Postcard-inflected indie-pop. Orange and Red is their defining statement and proved particularly popular in Spain where it was a minor club hit at a time when clubland was incorporating indie with electro and house music a la the Hacienda. 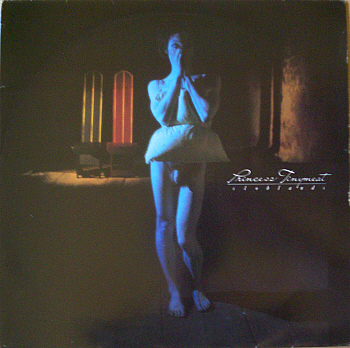 
AKA Haa-Lacki Binntti (Daniel Figgis), Princess Tinymeat briefly terrorized the airwaves in the mid-1980s. Having previously been with Virgin Prunes, Binntti set out on this idiosyncratic, gender-bending and tabloid-bothering path. Along the way he managed to create some of the most enduring and mind-boggling music ever committed to tape. This release, which came out on Rough Trade in 1984, arguably anticipates My Bloody Valentine’s Isn’t Anything, but laced with pitch black humour suggestive of David Lynch. Brilliantly odd. 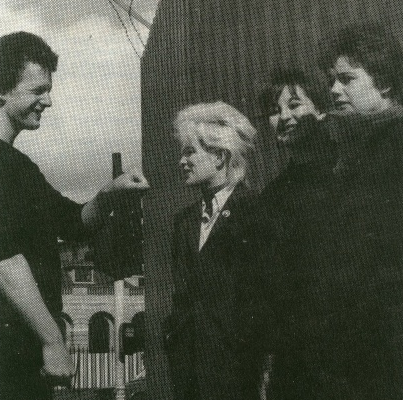 Right, just throwing this in here ‘cos it’s basically my personal holy grail. Of Xerox were essentially a female post-punk Dublin band (although a replacement drummer was a fella) formed at school. Their sound has been described as minimal, built around a primal drum and bass sound, unconventional guitar lines and aggressive vocals. The thing is although they had a strong live following Of Xerox had no ambitions to build a career or even release a record. Apparently they did record practice sessions, which of course could be terrible, but I’m holding out in the hope that they’re brilliant in an imagined lo-fi PiL or ESG kinda way. 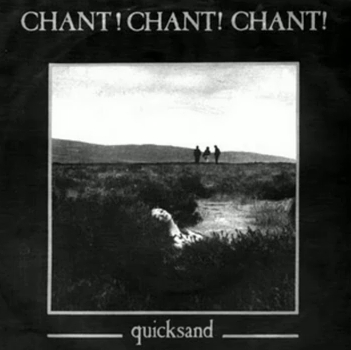 
Possessed with one of the finest band names of that or any other era, Chant! Chant! Chant! created music that was every bit as good as it was exclamatory – with a sound, based around Murphy’s heavy basslines, that bears favourable comparison to the jerky punk-funk stylings of Defunkt and Gang of Four. Unsurprisingly they became firm live favourites and had critics purring over their dynamic and sinewy, bass-driven sound. A recording session in November 1980 would yield the two tracks, ‘Quicksand’ and ‘Play Safe’, that eventually appeared as a 7” single the following summer on their own Peig The Man label.

Limited to 500 copies, that first single also included sleeve design by Dave Clifford, whose influential Vox magazine comprehensively documents the music scene in that early 1980s period. The single was well received and achieved considerable airplay, including the John Peel show. However they never managed to follow up with another record. More’s the pity, as by some accounts their best live tracks were never properly recorded. The single and a track on the Boddis compilation EP suggest that Chant! Chant! Chant! had at least one great album up their sleeve. However, it wasn’t to be and the band split up in 1982. 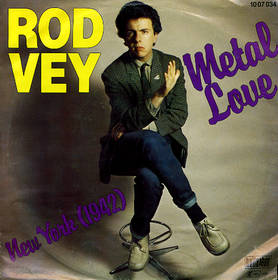 
Rod Vey (McVey) released one album in 1980 entitled Can You Hear Me Mother?, which was released in Germany only. It’s a highly unusual mix of new wave dynamics and electronic experimentation. From Belfast, McVey was a music student in Queens by day and professional sax player and session musician by night for the Rip Off Records label. Messing around with electronic equipment he put together some demos and Rip Off were impressed enough to facilitate the recording sessions that led to the album release. Metal Love was the only single released from the album. Sax and electronics, like I love it.