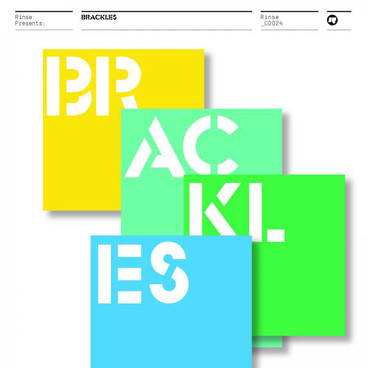 Discussing full-length albums created by producers renowned chiefly for making dancefloor-focussed 12” singles – as well as what they do with them on the turntables – is an invariably awkward task. In what context should we approach the release? Are we supposed to expect the artist to curate a singular cohesive statement of their sound, or even something as bold as a narrative across the space of 10-15 tracks? Is it a bad thing if they don’t? It tends to be commonplace among reviewers to applaud dance music producers who aim beyond the dancefloor on their long-playing efforts (leading to deserved praise for the likes of Rustie and Kuedo last year, and Actress more recently) and criticise those who choose to compile a vaguely consistent collection of what they are most capable of (see Addison Groove’s rugged but slightly forgettable Transistor Rhythm). But when your reputation is driven by finely crafted club bangers then it seems odd to risk alienating your audience with potentially loose concepts, armchair head-nodders, half-baked interludes and, you know, shit that just doesn’t bang.

Brackles’ debut for Rinse contains none of that nonsense – instead, it’s a constant reminder why his early singles for labels like Apple Pips and Planet Mu were so sought-after – his rhythm and bass sections are simply among the best the UK’s notoriously Funky capital has to offer. But despite these vibes being evident on almost every track on Rinse Presents: Brackles, the aforementioned questions as to how one should discuss an album that is, though unarguably coherent, essentially a compilation of club tracks, do inevitably raise their heads.

Brackles’ labelmate and sonic peer Roska attracted some mild criticism for his first Rinse Presents… album in that it leant too close to being a collection of DJ tools, leading him to switch up the styles a bit on his second effort. On Brackles, Rob Kemp has enlisted vocalists for a handful of tracks, scattered across the CD in what could be pessimistically seen as an attempt to avoid similar judgements. More likely, it’s for the sheer love of anthemic female vocals – something that you suspect has been present in Brackles since the halcyon days of 2-step. On opener ‘Never Coming Down’, Brackles tones down the breaks just enough to let the reputable funky house siren and Funkystepz collaborator Lily McKenzie soar over a simple but sinister bass swoop. Likewise on album highlight ‘DPMO’, Brackles’ usual cluttered percussion takes a backseat while Terri Walker absolutely runs the show in a tune ripe for summer parties.

But it’s Kemp’s uncompromising beat patterns and bouncing, funk-infused basslines that ultimately deserve the spotlight here. ‘Walking Out’ is a rolling celebration of shuffle and organised mess; each drum sample EQd to perfection and swung liberally alongside vitamin-D drenched stabs and gliding synths. On ‘Squarehead’, he takes a swampy grime bassline and seamlessly lodges it under a skippy house break, while ‘Earphone Memories’ leaps from staggered syncopation into a rising cosmic trip, complete with wandering melodies and rubbery low-end hits.

Basically, you’re getting a big handful of guaranteed dancefloor gems showcasing some of Kemp’s finest production to date, and in a way that answers how we should approach this piece of work as ‘an album’. It shouldn’t really matter anymore if it’s for the headphones or dancefloor, what matters is that we pull our heads out of our arses and just vibe to it.