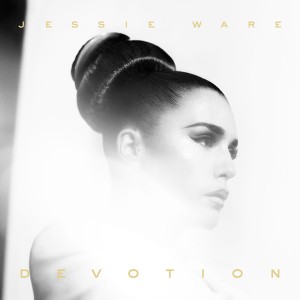 Last December, Numbers co-founder Jackmaster concluded his label’s landmark London warehouse rave by dropping Fleetwood Mac’s imperious, anthemic ‘Everywhere’. It was an inspired, perfectly fitting choice that would only have seemed unlikely if you’d bought into the idea of Numbers solely as a “forward-thinking”, innovative label du jour – rather than noting how keenly and skilfully that imprint blended populist instincts into its aesthetic.

It seems particularly apt that London singer Jessie Ware’s first single, 2011’s ‘Nervous’, should have been released on Numbers. Having had her emergence paved via judicious collaborations with underground producers from SBTRKT to Joker, the immaculately slick production values, overt MOR sheen and melodic generosity – not to mention plentiful guitar solos – that characterise her own debut album recall Fleetwood Mac as filtered through British electronic sub-genres. Most telling is Ware’s unerring sense of the epic: not just on cuts such as the grand, majestic ‘Wildest Moments’, with its unashamedly crashing drums and massive chorus, but on Ware’s more intimate, contemplative songs as well, which often seem to rise to sweeping crescendoes despite themselves. ‘Night Light’, for instance, opens with sombre cello, but soon explodes into a climax in which everything seems to have been turned up to 11.

It is this that makes Devotion such an impressively cohesive work, though. The various singles that trailed its release were, individually, good to glorious – but as a body of work, seemed to build up less into a coherent voice than ticking off disparately credible reference points: brooding trip-hop revivalism on ‘Strangest Feelings’ (not present here); the distinctly Sadean yearning of ‘Running’; and the transparent attempt to join the pantheon of summer-crush R&B jams that was ‘110%’, which just about transcended being off-puttingly deliberate through its immaculate songcraft. In the context of the album, which is sequenced to perfection, Ware’s influences and cultural positioning matter less than her voice.

The comparison that’s cropped up most to date is Sade, and indeed Ware shares some superficially characteristics with a woman who has come to epitomise a certain brand of adult soul: her voice is refined and smooth, and Ware glides over her lush arrangements with a similar sophistication. But Sade was always a fundamentally undemonstrative artist, one who could convey maximum emotion with the slightest vocal inflection and who, in turning inwards, magnetically drew the listener into following her. Ware, on the other hand, is all about externalising her feelings: shouting them from the rooftops, magnifying them for the world because they’re too big for just one body to handle. Her relatively subdued delivery on ‘110%’ and the Dâm-Funkesque ‘Sweet Talk’ are exceptions to an approach that’s generally more reminiscent of Alicia Keys as trained by Annie Lennox. Despite the occasional tendency to soar above when her songs could benefit from some earthiness, in the main Ware’s sheer, confident boldness carries the day.

It’s a good time to be a British female singer with underground connections and mainstream aspirations right now: alongside Ware are Katy B, Delilah, Lianne La Havas and more. What makes this a particularly welcome development is how little these artists have in common beyond that description: each is a distinct, powerful voice in her own right.