Electronic music hasn’t been the same since the project, a collaboration between Anthony ‘Surgeon’ Child and Karl ‘Regis’ O’Connor, began to dissolve, at least as a recording entity, around 2006. Equally notorious for their explosive live/DJ performances as for their productions, the British Murder Boys made pretty much everything else sound puny and past its sell by date, their powerful brand of industrial techno – rhythmically complex, emboldened by visceral noise and a dub sensibility derived from the Basic Channel school – crushing all who came before it.

Speaking to FACT a couple of years ago, Regis recalled the origins of BMB: “In 2002 both Tony and myself decided that we had to explore new areas and finally commit to a collaborative project. We already had an eight year history of working together at that stage, and reckoned we had the experience to make something we felt to be unique – something other than the stock two-producers-bang-out-another-club-track vinyl ashtray. Sonically we both knew that we wanted to produce giant slabs of music rather than just tracks for clubs.

“When we decided to take it out live we were amongst the very first to use the set-up that has since almost become a standard. It was about a certain amount of risk-taking, and at times we did test the patience of even our most loyal supporters, but I maintain that while our lows (when we got it wrong) were lower than most, our highs were higher.”

British Murder Boys was an experiment, and a largely successful one – which made its premature death that much harder to swallow. As Child and O’Connor prepare to reactivate their research, FACT picks the 10 finest “giant slabs of music” from their existing catalogue. 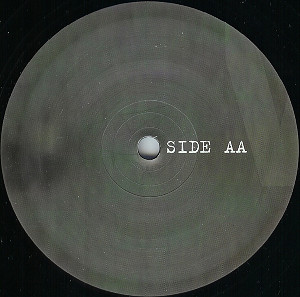 The very first British Murder Boys 12″ featured a solo track apiece by Surgeon and Regis, though presumably they each played a role in shaping or approving the other’s contribution. Surgeon’s ‘Death Before Surrender’ is heady, undeniable stuff, but it’s Regis’s ‘Burn Your Way In’ – all tremulous, faintly nauseating strings and thunderous, boot-in-the-face drum tattoos – that kicks down the door on the BMB sound. A modern classic. 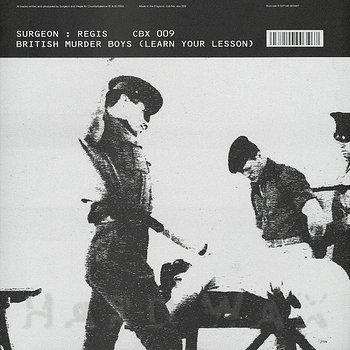 One of the most instantly recognisable BMB tunes, and arguably one of the least typical: Regis contributes spoken, reverb-submerged vocals (a tendency that he’d elaborate on in the duo’s live shows), affecting a register somewhere between Whitehouse-ish, hate-filled tirade and downcast psycho at the busstop murmuring conspiratorially to himself, before a Basic Channel-esque breakdown lets in the closest thing to sunlight you’ll ever encounter in the unwaveringly bleak world of BMB. 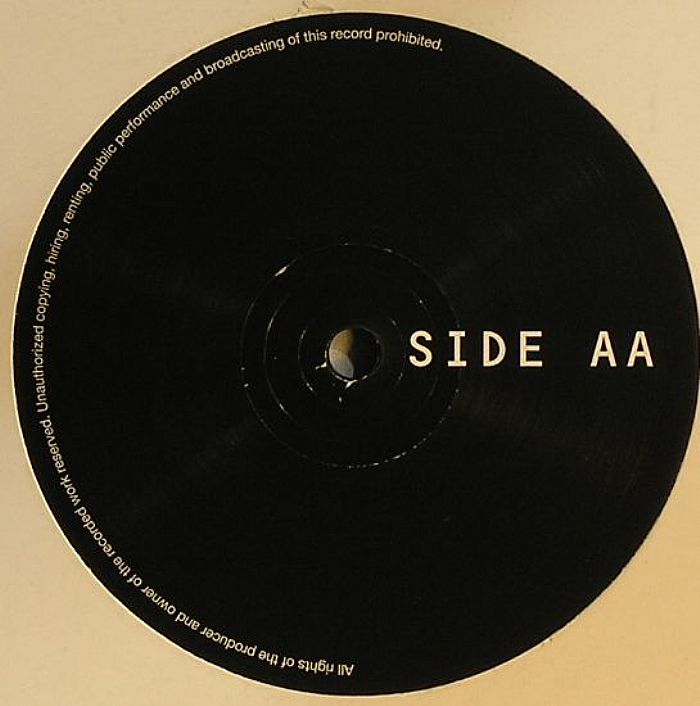 BMB at their most direct and punishing – ‘Rule By Law’ is simply a more stylish, nuanced and flab-free refinement of the bludgeoning industrial techno sound that Regis and Surgeon made their own in the mid-90s. We could harp on about its elegant construction, but that would be like extolling the virtues of a knife’s handle and ignoring the blade – what matters about this record is that it cuts, and cuts deep. 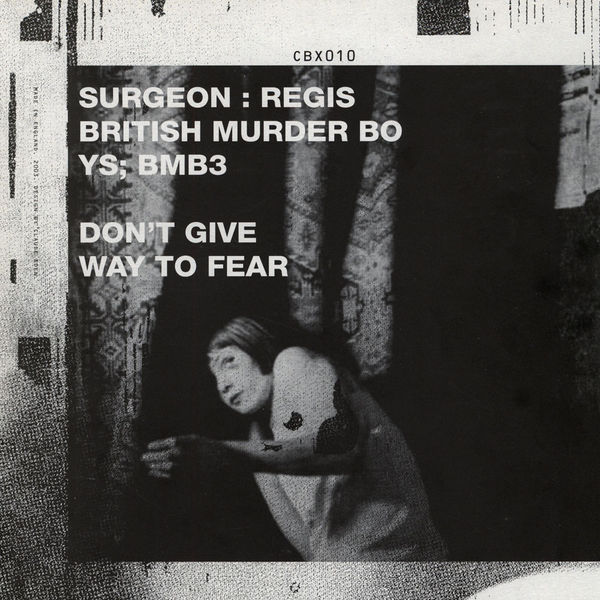 The two untitled tracks on Don’t Give Way To Fear showcase what Surgeon and Regis do best: build breakbeats that complicate and intensify a techno track’s 4/4 momentum, without weighing or slowing it down. Hell, they fit more energy and incident into a 4-bar phrase than your average minimal-monkey manages in a career. The bolshy, brutal rhythm and sandpapery coarseness of the sound design around it is matched with a deft sense of spatial arrangement and emphasis – not since the days of Mark Stewart + The Maffia have barely suppressed violence and and a trippy, dubwise sensibility worked so naturally and effectively together. 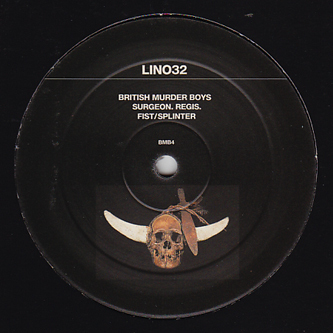 ‘Fist’ is British Murder Boys at their most heads-down and hell-raising. A full-on techno death-trip, its ferocity goes hand-in-hand with a kind of jagged, front-loaded drum-funk, while in the background a dense collage of sonic shrapnel summons everything from bitter guerilla warfare to pseudo-mystical, Phurpa-style throat-singing. Once you’ve raved to this tune in a dark and sweaty basement, all other techno seems tame and toothless by comparison. All other techno is tame and toothless by comparison. 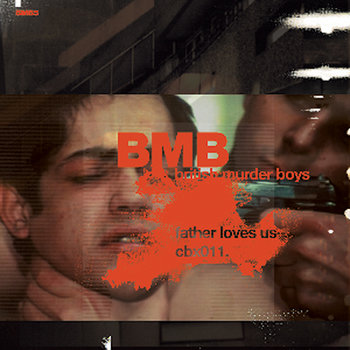 The most devastating club track in the BMB canon, ‘Father Loves Us’ begins as low-slung, jacking funk in the vein of Surgeon’s Counterbalance productions from the same era, but with no warning whatsoever it shifts gear into a warehouse thump of unquantifiable heaviness, greased and accelerated by monstrous sub-bass and ticking, insectoid hi-hat patterns. 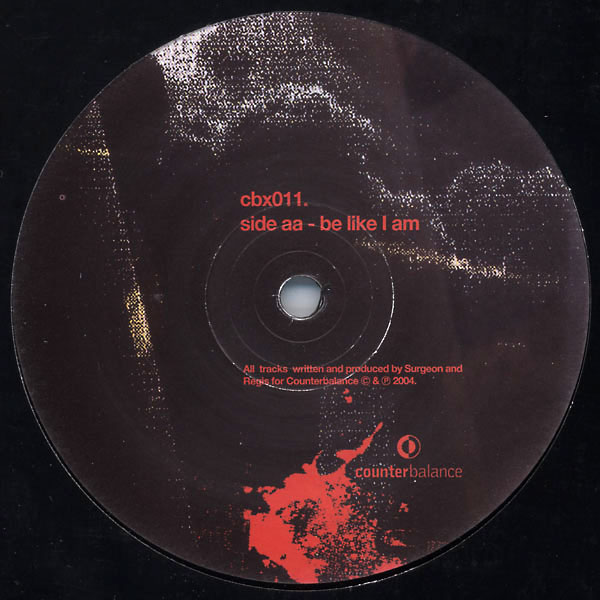 They’re destined to be forever associated with hard and fast “Birmingham techno”, but if there’s any justice history will also remember Surgeon and Regis as avant-garde drum technicians nonpareil. ‘Be Like I Am’ is their stealthiest, most complex co-creation: with its radically broken rhythm and rolling, roiling sub detonations, it could be mistaken for something on Hessle Audio today, though its leering, saturnine edge would probably give the game away: this is music made by men, not boys. 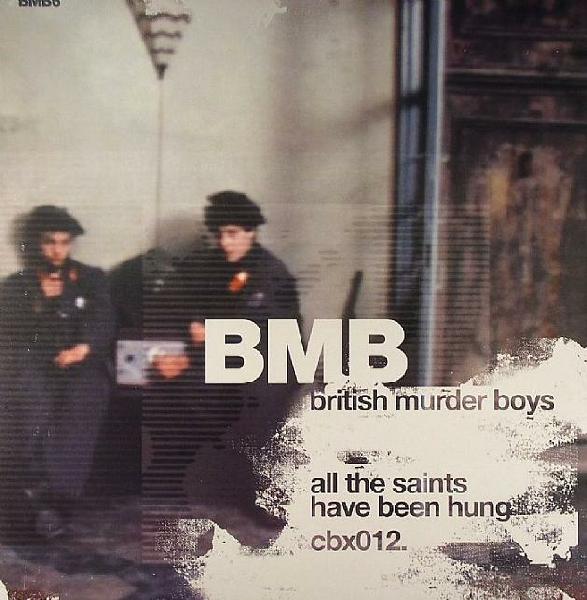 Typical of BMB’s malevolent programming genius: each percussion hit feels at once like it’s a million miles away and inside your skull, the drum patterns at once spaced-out and throat-tighteningly claustrophobic. Looking back to the Latin swing Surgeon brought to classic solo productions like ‘La Real’, and looking forward to the swung minimalism that Regis would perfect on his contributions to the Sandwell District catalogue, ‘All The Saints Have Been Hung’ is the simplest, most confident and arguably most potent track in BMB history. 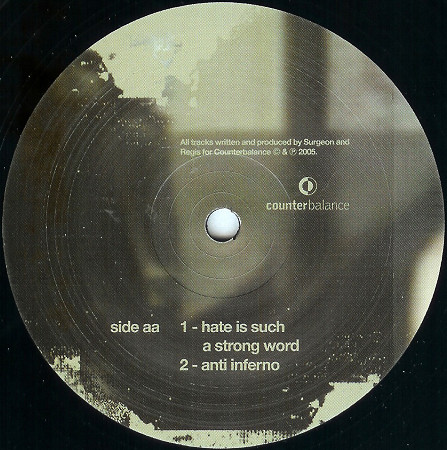 BRITISH MURDER BOYS
‘HATE IS SUCH A STRONG WORD’
(from BMB6 – ALL THE SAINTS HAVE BEEN HUNG, COUNTERBALANCE 12″, 2005)

“I WILL FIGHT, I WILL FIGHT, I WILL FIGHT!!” Despite being one of only a couple of BMB productions to dispense with those signature sledgehammering drums, this is still the most menacing, disturbed work in the canon. Gregorian chants and Coil-ish synth pads nestle an unforgettable sampled speech of unknown origin [UPDATE: as a couple of our learned readers have commented, the sample is of Jim Jones]; it’s a tantalising glimpse of the more exploratory direction Surgeon and Regis might have taken had they continued working together in the second half of the 2000s. 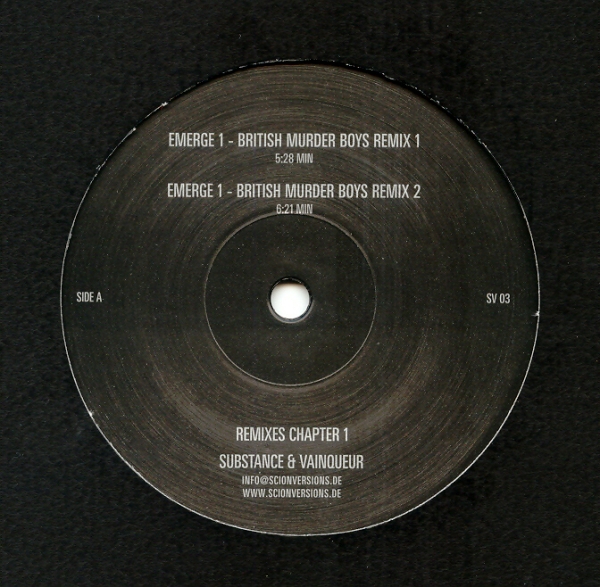 Released posthumously, so to speak, these two remixes by British Murder Boys of Pete ‘DJ Pete’ Kuschnereit and Rene Lowe’s ‘Emerge 1’ count among their very best work. It’s hard to choose a favourite: ‘Remix 1’ is in theory the most deserving, being the most narratively rich and layered BMB production to date, but ‘Remix 2’ edges it on account of being the most the most overwhelming, the most intense, the most – let’s face it – banging.