Listening to Metronomy’s 2006 debut, Pip Paine (Pay The £5000 You Owe), you’d be forgiven for not realising you’re an early witness to a pop phenomenon in the making. But that’s precisely what the project – the brainchild of Devon-raised Joe Mount – has slowly but surely become. Last year’s The English Riviera was nothing […] 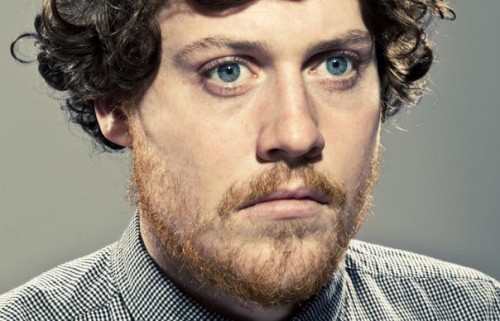 Listening to Metronomy’s 2006 debut, Pip Paine (Pay The £5000 You Owe), you’d be forgiven for not realising you’re an early witness to a pop phenomenon in the making.

But that’s precisely what the project – the brainchild of Devon-raised Joe Mount – has slowly but surely become. Last year’s The English Riviera was nothing if not a mature pop record, angles smoothed off, tempos ramped down a notch and Mount’s (and occasionally drummer Anna Prior’s) vocals front and centre. But it‘s perhaps no surprise that beneath the refined surface of songs like ‘The Bay’ and ‘Corinne’ lurks an inquisitive mind whose appetites stretch from music’s lunatic fringes right into the heart of the mainstream.

As many of you will by now be aware, our On Record features give artists a chance to go off-piste on a record of their choice, and it’s Outkast’s The Love Below – André 3000’s half of their mammoth double album Speakerboxxx/The Love Below, released in 2003 – that our man has chosen to discuss. Read on to hear how, as far as Mount’s concerned, The Love Below is the platonic ideal to which all pop records (including his own) should aspire – and should serve as a lesson to us all about never playing it safe.


“To think that a double album like this can get released on a major label and be kind of snuck out into the public – it’s ridiculously inspirational.” 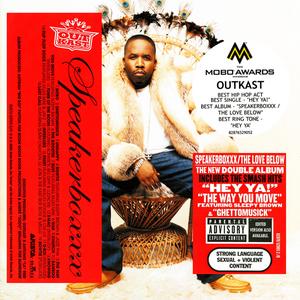 Could you talk about how you first got into the album – did you pick up on it when it first came out?

“It came out when I was in my second year at university. I went to a friend’s house and they were playing the now-ubiquitous ‘Hey Ya!’, and I remember hearing it and just being like, “Wow, this is fucking amazing”. I asked him who it was, and I was kind of surprised that it was Outkast because obviously I’d heard what they’d done before and it was pretty different.

“I went to this second-hand record shop in Brighton and found a promo of “She Lives in my Lap” and ‘Ghetto Musick’. Because I didn’t know the name of ‘Hey Ya!’, I thought maybe it was a promo for that. Of course it wasn’t, so I went and bought the record, and – whilst Speakerboxxx is really good – I listened to nothing but The Love Below for about six months.

“I think I was just finishing the first [Metronomy] record [Pip Paine (Pay The £5000 You Owe] at the time, and it was just…amazingly inspiring. I’m pretty sure anyone who’s of a similar age who makes music now would say the time thing. I can’t think of many other records that came out around then – apart from maybe Songs For The Deaf by Queens Of The Stone Age – but there were only a few really amazing, ridiculous records that came out at that time. It changed everything.”

You’ve talked in the past about, at a certain point, starting to embrace the more poppy side of your tastes and work those into your own music. Was that at around this time?

“Well the first album I bought that felt like a big deal to me, felt like I was…opening up a bit [laughs] was In Search Of… by N*E*R*D. Now I think about it, I should have put a song from that on the Late Night Tales record. The Neptunes were the first people that made pop music really exciting for me – although even before that I was listening to Rodney Jerkins stuff. So by the time The Love Below came out I was primed for it. But there was just something about it which felt like it was…I guess it’s just the idea that it’s the vision of this one guy, who’s got such a love of music, and having fun with music. It just felt a bit like ‘Oh, shit…I could never do this’. And to be honest it’s all I’ve ever tried to do since, is to make a record that I like as much as I like that one, and I still don’t think I have [laughs].” 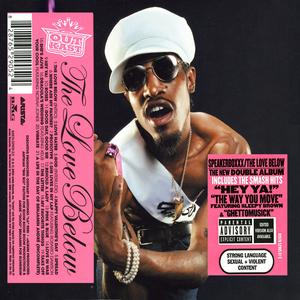 For me part of what’s great about the album is how André manages to smuggle some really weird stuff right into the mainstream. In your own music are you thinking in that way – “how can I frame odd things in a way that’s accessible?”

“Well, yeah. I can’t remember exactly what the figure was, but I remember reading that Speakerboxxx/The Love Below, in the year it came out it was the most returned album to HMV. I think a lot of people were into ‘Hey Ya!’ basically – it’s the only song a lot of people know – and [the album] was a bridge too far. It’s easy to think that a lot of American mainstream music is very boring and just copies of copies of copies. But actually, to think that a double album like that can get released on a major label and be kind of snuck out into the public – it’s ridiculously inspirational.


“All you’re really gonna be remembered for is what you did when you were in your prime. To take that lightly or to play it safe is just stupid.”

“I don’t know why sometimes even smaller labels – or certainly smaller artists – don’t take those kinds of chances. As far as I’m concerned, all that releasing albums really comes down to is that at some point when you’re old and you have a bad haircut and you’re doing bad TV talking head spots, all you’re really gonna be remembered for is what you did when you were in your prime. To take that lightly or to play it safe is just stupid. I think if you’ve got the balls to do it, then do it. And it’ll mean that a whole generation of people are going to be influenced by you, which I think is what that record did.”

There is a lesson there about longevity too, because Outkast were already, what, a decade into their careers by that point – and then they did something bold and completely unexpected. Do you think this tactic of doing something totally out of left field is necessary for an artist to stay fresh? 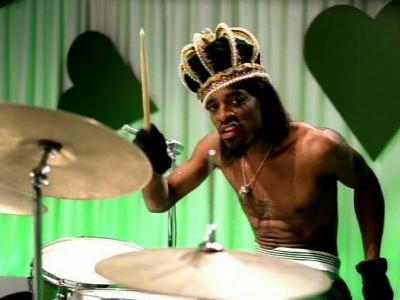 “Well, not really – I mean if you listen to Outkast’s other albums they’ve always been pretty…for want of a better word, funky. [Their music is] always kind of out there in that old, psychedelic way. I guess at the time, the idea that they were going to have individual records on the same release took a lot of people by surprise and made people think they were breaking up or weren’t getting on. But that’s the kind of thing that’s exciting.

“I don’t think you have to do it, and there’s totally a place for both approaches. But if you’re doing stuff like hip-hop or RnB there is a tradition of trying to be “out there” I think. If you compare whatever that was, 2003, to RnB and hip hop production now – I guess Kanye West still seems to pick producers and make songs which are pretty surprising, but I think generally it’s much more exciting to do something new, rather than make Eurodance.”

Angus Finlayson
Metronomy’s Late Night Tales is out on September 3.