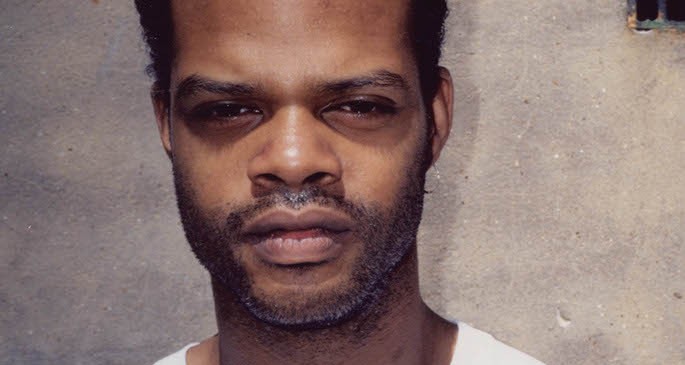 “Sit down, smoke, get the keyboards, maybe hire a drummer or program it myself, smoke, mix it down, put it on CD, smoke, listen to it.”

That’s how Maurice Fulton describes his working process. It sounds straightforward, but it’s resulted in some of the most devastating dance music of the past two decades. In the same – rare – interview, Fulton says his roots are in funk, and certainly a mastery of groove is the common denominator throughout his sprawling body of work: one that encompasses house, garage, techno, jazz, disco, boogie, hip-hop and curious fusions we haven’t found names for yet.

As he prepares to release a new album under his Syclops moniker, FACT’s Tim Purdom assesses the career of this visionary producer, who hails from Baltimore and currently divides his time between Sheffield and New York, and highlights 10 crucial entries in his incomparable discography. Read it, then buy everything. 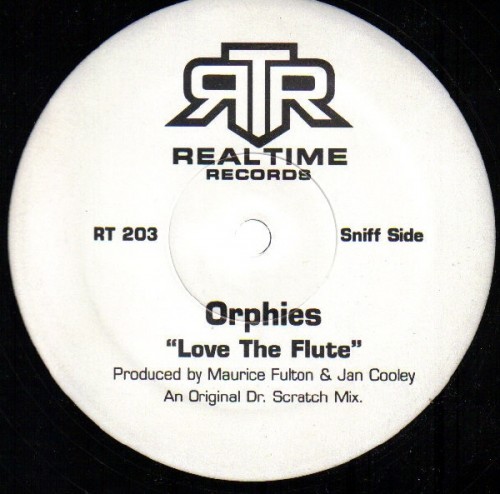 MAURICE FULTON PRESENTS MELONSNIFFERS
‘THIS IS WHAT YOU WANT’ (MAURICE’S ORIGINAL MIX)
(PAGAN 12″, 1998)

Having caught the hip-hop bug in the early ’80s, Maurice Fulton adopted the name Dr. Scratch for his nascent DJing career and quickly became the toast of Baltimore’s WEBB 1360 AM radio station, where played alongside DJ Freestyle. Towards the end of the decade he became disillusioned with the violence plaguing the scene, and he switched his allegiances to house music, landing a residency at the city’s fabled Odell’s club. While working at a local record store he met The Basement Boys, the Baltimore-hailing production team behind Crystal Waters’ ‘Gypsy Woman’ and innumerable 90s hits by the likes of Ultra Naté and Byron Stingily, and was invited to join their ranks. During this time he learned skills that would stand him in good stead for the future: not least how to squeeze maximum impact out of a poppy lead vocal line. The skippy, propulsive US garage rhythms beloved of The Basement Boys heavily informed his own early 12″ cuts – of which 1997’s ‘Love The Flutes’, made with Jan Cooley in New York under the name Orphies, and ‘This Is What You Want’, as Melonsniffers, are the most infectious examples – and he has revisited them regularly ever since. 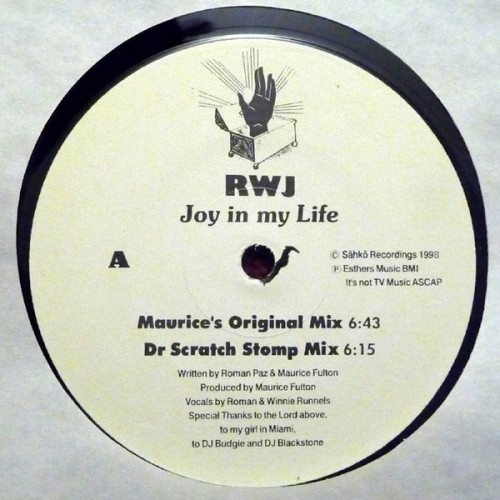 In the second half of the 90s, Maurice became good friends and occasional collaborator with Jimi Tenor – an artist rarely spoken of today by anyone under the age of 30, but a big enough deal back then to land a three-album deal with Warp in ’97 and be given his own Sähko sub-label, the unfortunately named Puu. Maurice recorded for the imprint under the name RWJ, and his decidedly retro, piano-led vocal house number ‘Joy In My Life’ – it’s uncomplicated, undeniable dancefloor bliss. 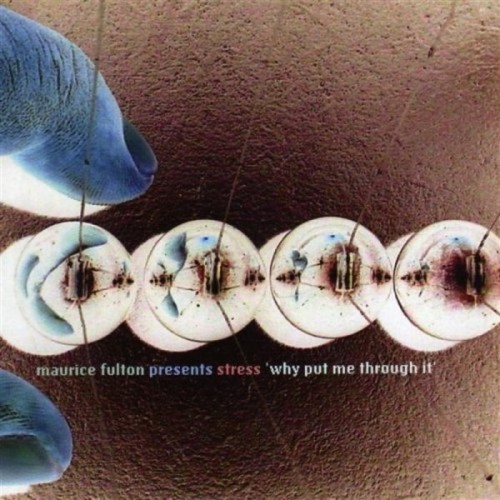 MAURICE FULTON PRESENTS STRESS
WHY PUT ME THROUGH IT?
(TRANSFUSION CD, 2001)

Some of Fulton’s deadliest productions can be found across the 12″s he released on Transfusion between 1999-2002. The best of them – including electroclash-friendly freak-funk classic ‘My Gigolo’, which readers of a certain age will recognise from 2ManyDJs’ As Heard On Radio Soulwax Pt.2 mix, and sub-low techno killer ‘Wet & Sticky’ – were compiled on the album Why Put Me Through It?. 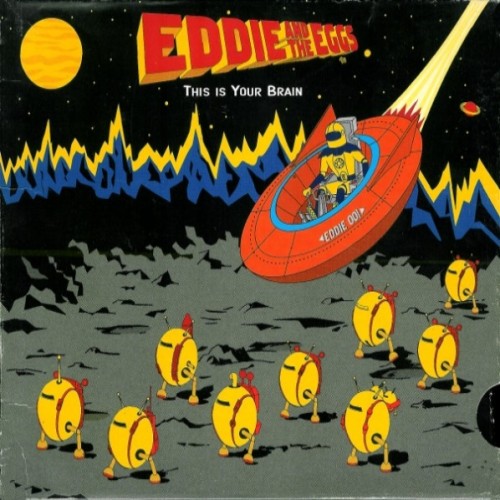 Another exhilarating full-length from dance music’s most consummate album artist, this time released under the name Eddie and The Eggs. Nu-jazz embellishments and beautifully swung, M.A.W.-style house rhythms are the order of the day, but there are excursions too into bleepy, low-slung breakbeat techno (‘A Cup Of Coffee’) and trippy downtempo (‘The Moon is Pretty’). Two excellent collaborations with Jimi Tenor (‘Computer Tape’ and ‘Me And My Watermelon’) anticipate the exquisite fusions of his later Boof and Syclops productions. 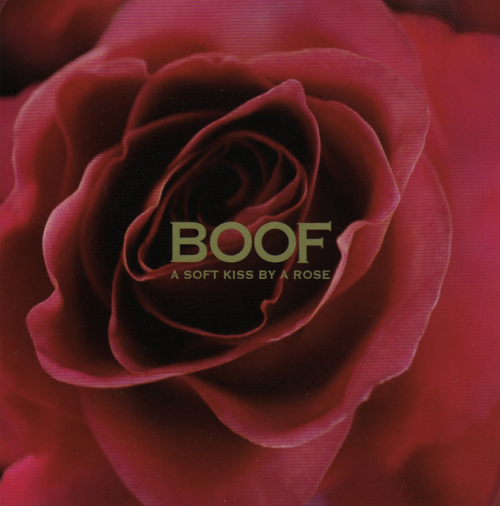 Gem of an album released by Fulton under his occasional Boof guise, essaying a wide array of sounds and tempos: on opener ‘A Soft Kiss’, Chain Reaction-style dub chords make sweet love with spidery guitar improvisations, while ‘Butterfly’ is built of the kind of bruk, strippe-down percussive house more familiar from Fulton’s Stress project. The real show-stopper is ‘The 1st Date’, a sumptuous, stirring techno-jazz epic that perfectly captures the exhilaration of budding romance and sounds like the kind of music Gil Evans or Bennie Maupin might have made if they’d come of age in the 2000s. 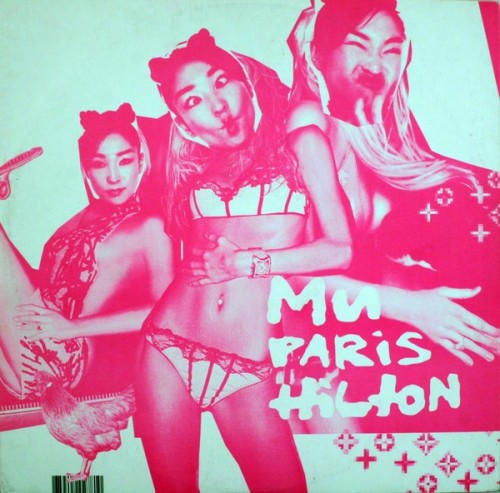 Mu was a collaboration between Fulton and his Japanese wife, Mutsumi Kanamori, that lasted between 2003-2005. They released their first album, Afro Finger And Gel, in ’03, and its brand of trashy, chaotic punk-funk fitted right in with the zeitgeist – originally released on Tigersushi, it was licensed to International Deejay Gigolos in Germany and Output in the UK, and the Cabaret Voltaire-sampling ‘Chair Girl’ became a cult dancefloor favourite among the electroclash set. Follow-up LP Out of Breach: Manchester’s Revenge was in the main a more composed affair, but lead single ‘Paris Hilton’ remains the most bonkers thing Maurice Fulton has ever put his name to, with Kanamori yelping and squawking in protest against, or perhaps celebration of, the titular airhead heiress. Its instantly recognisable refrain (“Shake your body, body, move your body / body, dance your body, body / PARIS HILTON!!”), flatulent bassline and clucking ghetto-electro drums let to it becoming a huge underground club hit, caned by everyone from Dave Clarke to James Murphy. “I wanted to create something to make people dance and laugh at the same time,” Fulton would later reflect. 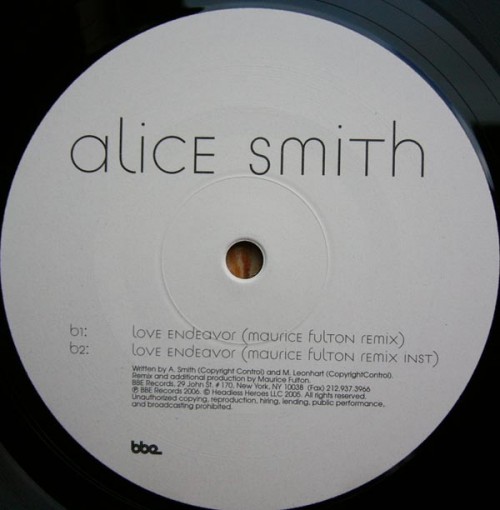 Fulton found renewed inspiration and a new audience with the massive disco and boogie revival that came about in the mid-2000s, and his productions of the era effortlessly outclassed those of possibly everyone save Metro Area’s Morgan Geist and Darshan Jesrani. What made him special in this context was the ease with which he could reconcile his pop savvy with his understanding of the simplicity required to properly lock down and freak a dancefloor. His production work for now-forgotten London chanteuse Kathy Diamond is a case in point, especially on the club-conquering single ‘All Woman’ – you get three minutes of carefully cultivated, eminently hummable songcraft before Fulton just says fuck it, and rips out everything except the drums, the bass and a synth arpeggio as slippery and attention-grabbing as a snake trapped in your trouser leg. The result is a track funkier than Prince, funkier than Headhunters, funkier than Kraftwerk.

Released around the same time and similar in style – but even more jaw-dropping in execution – is Fulton’s remix of another now-forgotten singer, Alice Smith; a certified club anthem, it begins as a deep, Metro Area-style disco dub only to swell to a climax in which Fulton bets everything on the pianos and drums, then unleashes the full and righteous force of Smith’s gospel-charged vocals into the space he’s opened up. Despite being released by mainstream dance ogre BBE, the record quickly and mysteriously went out of print, and second-hand copies now fetch £100+; this has only added to its status as a modern classic. 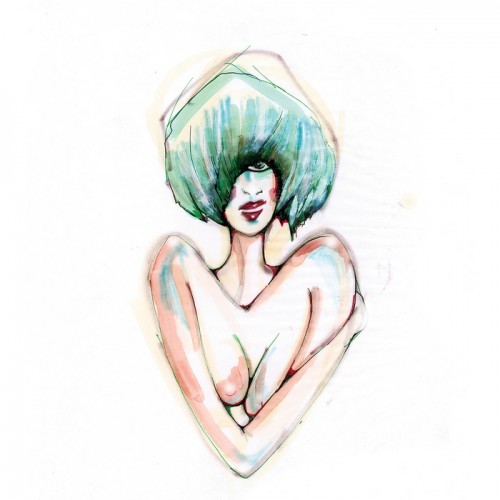 One of the finest, most progressive and dynamic dance music albums of the 2000s, I’ve Got My Eye On You remains sorely underrated nearly five years after its release. Fulton first adopted the Syclops moniker back in 2001 for a 12″ called ‘The Abdoer’, but it was with the brace of singles he released on Tirk in 1995, ‘Mom, The Video Broke’ and ‘The Fly’, that the project developed a distinct sound of its own, all farty, flowery synth lines, live kit sounds ricocheting off rigid drum machine patterns, Rhodes piano and bruised, Detroit-influenced string-pads: a new kind of post-techno electronic jazz. Fulton claimed around this time that Syclops was a band, comprising members of Hanna Sarkari, Jukka Kantonen and Sven Kortehisto, and that he was merely the producer and arranger of their music; while almost certainly untrue, that people believed him to begin with is testament to the very human, very organic and “free” feel of these tracks. I’ve Got My Eye On You is the sound of a producer-musician so gifted, and so in control of his craft, that not only can he match the lyricism and fluidity of a live band, he can exceed it.